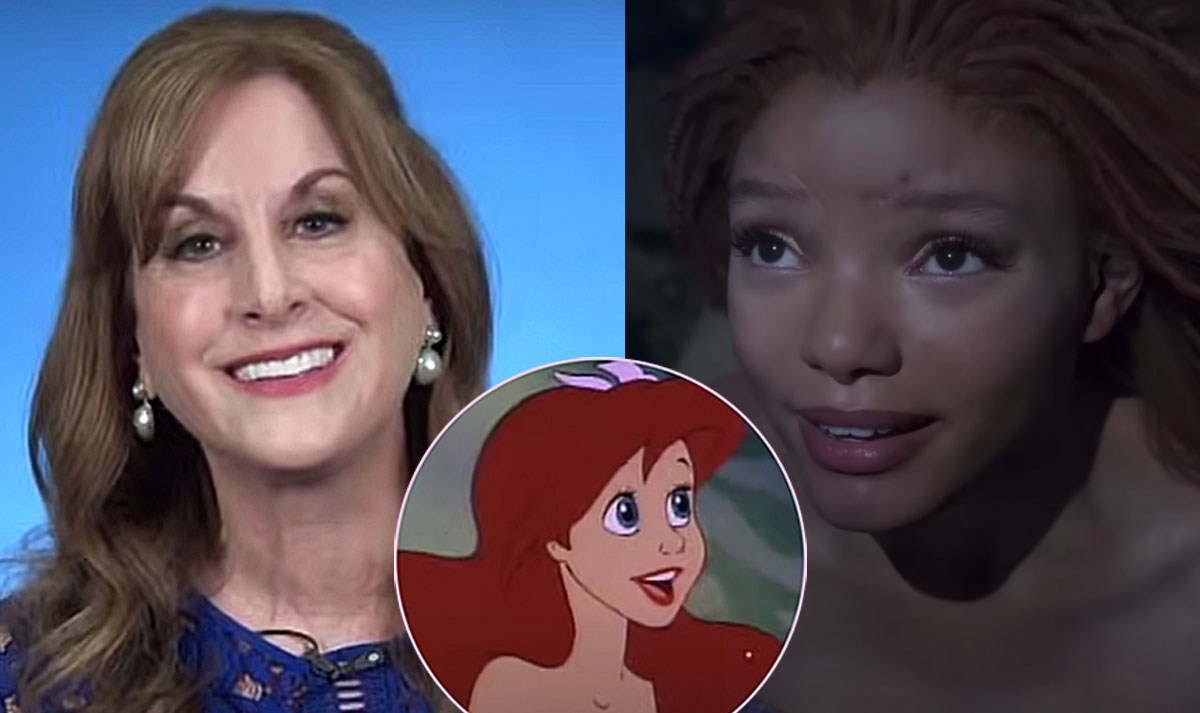 The voice actress for Ariel in Disney‘s original The Little Mermaid is showing her support for Halle Bailey!

As you know, Disney released the first teaser trailer for their live action remake of the iconic ’80s movie last Friday. The movie has been met with lots of opinions and sadly, a lot of them were rooted in some seriously disgusting racism. The studio’s teaser reportedly got as many as 1.5 MILLION dislikes before they turned off the dislike button — it boggles the mind as to why anyone would have a problem with a beautiful, talented young woman being cast as the mythical creature just because of the color of her skin. It’s 2022, people! She’s a mermaid for crying out loud!

And it’s not just hurtful comments, dislikes, or ignorant opinions — just days after the reveal of the first footage at D23someone used AI tech to “fix” the scene by replacing Halle with a CGI white woman. Yes, they actually spent time using this intricate, deepfake technology to cover the 22-year-old’s face because some people are mad the new Ariel doesn’t fit their racist standards! See it for yourself (below):

These jerks can’t seem to fathom fictional characters don’t have to stay the same forever — that’s what makes them FICTIONAL! And to completely erase the hard work and talent of a Black woman’s performance by being butthurt over a few-second appearance in a teaser trailer? So insanely gross…

Luckily, though, there are people coming to Bailey’s defense. And the most standout one of all might be Disney’s original Ariel herself. Jodi Bensonthe voice of the animated mermaid, took to Instagram to send her love to the young singer. In her stories, she reposted a photo of Halle from the official movie account said she was so “proud” of her:

“So thrilled!!!! So excited!!! @hallebailey Halle, you were absolutely amazing! I’m SO proud of you and your beautiful performance as Ariel

Jodi continued her post and also praised the director of the film, Rob Marshall:

“and to the brilliant director, Rob Marshall… I’m so thankful for our friendship of over 35 years. Thank you for creating such a stunning film!”

So sweet. The 22-year-old seemed to appreciate the sentiment and reposted Benson’s story, adding on how much it meant to her:

“Thank you so much @jodi.benson

This means the world to me coming from you! You made Ariel magic for us

This isn’t the first time she’s stood up for Halle, either! In 2019, when the controversy began after the casting announcement, Jodi told ComicBook.com:

“I think that the spirit of a character is what really matters. What you bring to the table in a character as far as their heart, and their spirit, is what really counts. And the outside package — ’cause let’s face it, I’m really, really old — and so when I’m singing ‘Part of Your World,’ if you were to judge me on the way that I look on the outside, it might change the way that you interpret the song. But if you close your eyes, you can still hear the spirit of Ariel. We need to be storytellers. And no matter what we look like on the outside, no matter our race, our nation, the color of our skin, our dialect, whether I’m tall or thin, whether I’m overweight or underweight, or my hair is whatever color, we really need to tell the story.”

And that’s how real Disney princesses treat each other! None of this racist trash has any business being here!

We’re so glad Jodi reached out to show her support for Halle amid all the backlash she’s receiving. We love to see women supporting each other and standing up for what’s right!