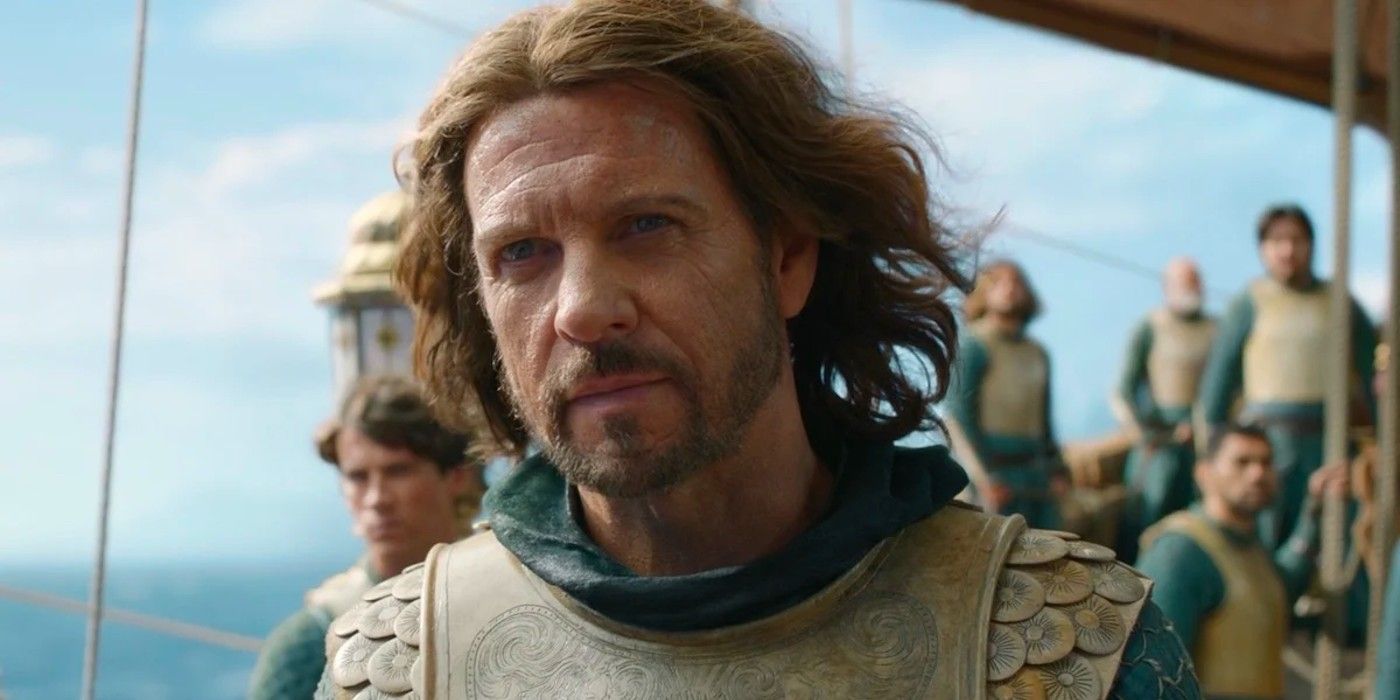 Another returning character from Lord of the Rings is Elendil, who did not have nearly as much screen time as Galadriel or Elrond, though should still be a recognizable name for fans of J.R.R. Tolkien's books or Jackson's movies. Previously portrayed by Peter McKenzie in The Fellowship of the RingElendil appears during the Battle of the Last Alliance, where his sword, Narsil, is shattered into pieces, only to be reforged years later and wielded by Aragon. Now, Owen plays Elendil as a Númenórean sailor who debuted in The Rings of Power episode 3.

Related: Why Numenor Looks So Much Like Gondor's Minas Tirith

During a recent interview with EWOwen discusses his character's introduction in The Rings of Power. Elendil quickly develops a relationship with Galadriel given his affection for the Elves and his ability to speak their language. Owen reveals that working on a Bollywood film, The Thungs of Hindostanhelped him learn Elvish for The Rings of Powerwhich he had quite a lot of fun with. Read what he said below:

A couple of years ago I did a Bollywood film called The Thungs of Hindostan with Aamir Khan, and I had 36 scenes to do, which were all in Urdu. The director wanted my English character to be so good at speaking the language that he would be even more fearful as a member of the British East India Company, as a baddie, basically. I'd had this experience of being given words essentially as sounds and trying to make sense of them.

So being given the Elvish was another moment where I recognized this was a similar journey. And it's a joyful journey because you have to unpick language in a way that you try and relate to your own language. You work out where the vowel sounds are, what the conjunctions are, which words are important, what the rhythm is. Obviously, Tolkien being a philologist, it's very beautiful to say Elvish. It's quite joyful to get your tongue around.

Every time a script comes in and there's a bit of Elvish, my little heart jumps. My soul sings because I'm like, “Okay, good! I can get some more of that.” [Laughs] There's this word “namárië” which I love, which I get to say later on. To get the chance as an actor to be the person who says it in the character of Elendil is pretty special.

Actors have commonly struggled with learning invented languages for fantasy film and television. House of Dragon‘s young Rhaenyra actor Milly Alcock is one recent example, as she has admitted she kept mixing up her High Valyrian lines on the Game of Thrones prequel show. Owen, on the other hand, did not have any difficulty learning Quenya, Tolkien’s invented language for Elves. That Owen has had such ease with learning two very different languages for projects is a commendable talent, and his reverence for each is wonderful to see. It sounds as though Owen has put in many hours perfecting his Elvish, and that comes through in his Rings of Power performance.

In The Rings of Power episode 3, Elendil and Galadriel bond over their shared use of Elvish, so it was important that Owen nailed the lines. As he mentioned, he even has a favorite Elvish word: “namaria,” which Elendil has yet to say on the show. In Quenya, the word translates to “be well,” which is commonly used by Elves when bidding someone farewell. With Galadriel itching to get off Númenor, Elendil will likely bid farewell to the Elf in an upcoming episode of The Lord of the Rings: The Rings of Power, which might sadly put an end to Owen's Elvish speaking.

The Lord of the Rings: The Rings of Power releases new episodes Thursday nights on Prime Video.