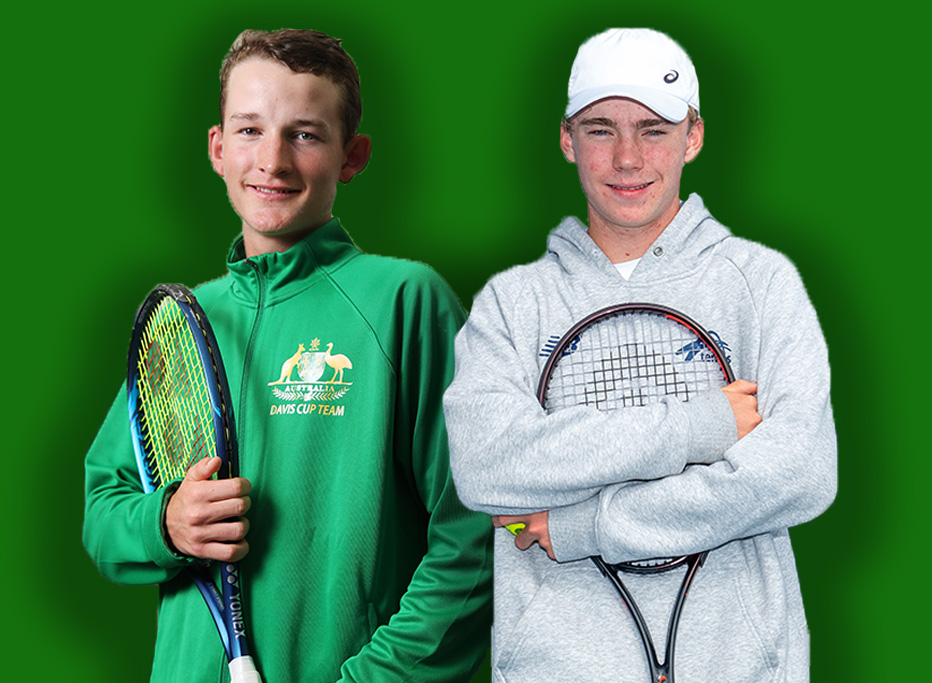 Charlie Camus and Hayden Jones, members of the Australian Junior Davis Cup team, are serving as orange boys at the Davis Cup Finals in Hamburg this week. 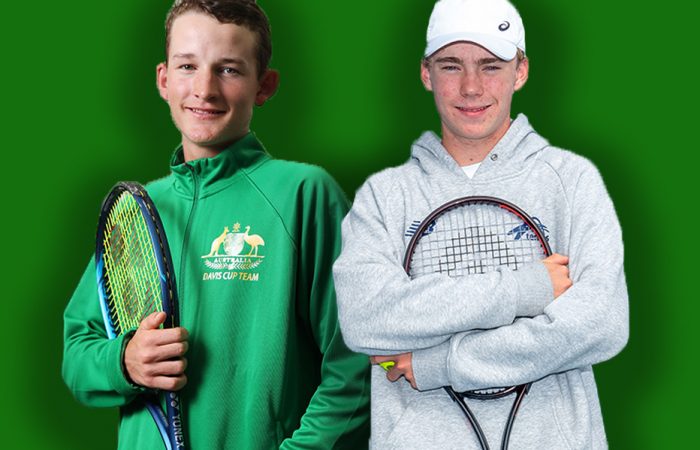 Promising juniors Charlie Camus and Hayden Jones are relishing the opportunity to spend time with the Australian Davis Cup team this week in Germany.

The 15-year-old Camus and 16-year-old Jones are travelling with the team as orange boys.

“I’ve watched them for quite a few years now and I watched them very closely at a couple of the ITF tournaments recently.

“They’re the two standout players in my opinion. So for them to get around it, is important. To see the team culture, to see how these guys prepare for big matches and to see how professional they are. There’s a lot of small things behind the scenes that these young boys will take from this experience.”

This is the second time that Canberra-based Camus, who has a world junior ranking of No.82, has been selected as the team’s orange boy.

“I am really grateful that Lleyton has given me another shot at this opportunity,” said Camus, who was also part of Australia’s qualifying tie against Hungary in March.

“In Sydney earlier in the year I had a great time, it was one of the best weeks I have ever had.”

Camus and Jones are members of Australia’s Junior Davis Cup team, which will contest finals in Turkey in November.

The Gold Coast-based Jones, who has a world junior ranking of No.55, lists representing Australia in the Junior Davis Cup qualifying rounds in India earlier this year as his proudest moment on court.

“Tennis isn’t really a team sport, so to come together and play as a team is pretty fun. I enjoyed it a lot,” said Jones.

The orange boy role is a long-standing Australian tradition, offered to rising players to practice with and learn from the team during a Davis Cup tie.

The role of Orange Boy for @TennisAustralia during @DavisCup shows what an honor it is to represent the green and gold 🇦🇺@lleytonhewitt is an example of just how much the role can inspire young players.#TennisWorthy presented by @Infosys is live ➡️ https://t.co/vhXwy8j6Bj pic.twitter.com/9UWMknTfpu

“I know how important being an orange boy is at the Davis Cup. I’ve seen it firsthand,” Hewitt related.

“I did it for years and then now as a captain, I’ve seen what it’s done for Alex de Minaur.

“This is a very important stage for Charlie and Hayden. They’ve done everything right the last couple of days and I think they’ll really enjoy the week.”

The Australian team plays its final round-robin match against Germany on Sunday (from 10pm AEST). The Davis Cup Finals are broadcast on the Nine Network in Australia.