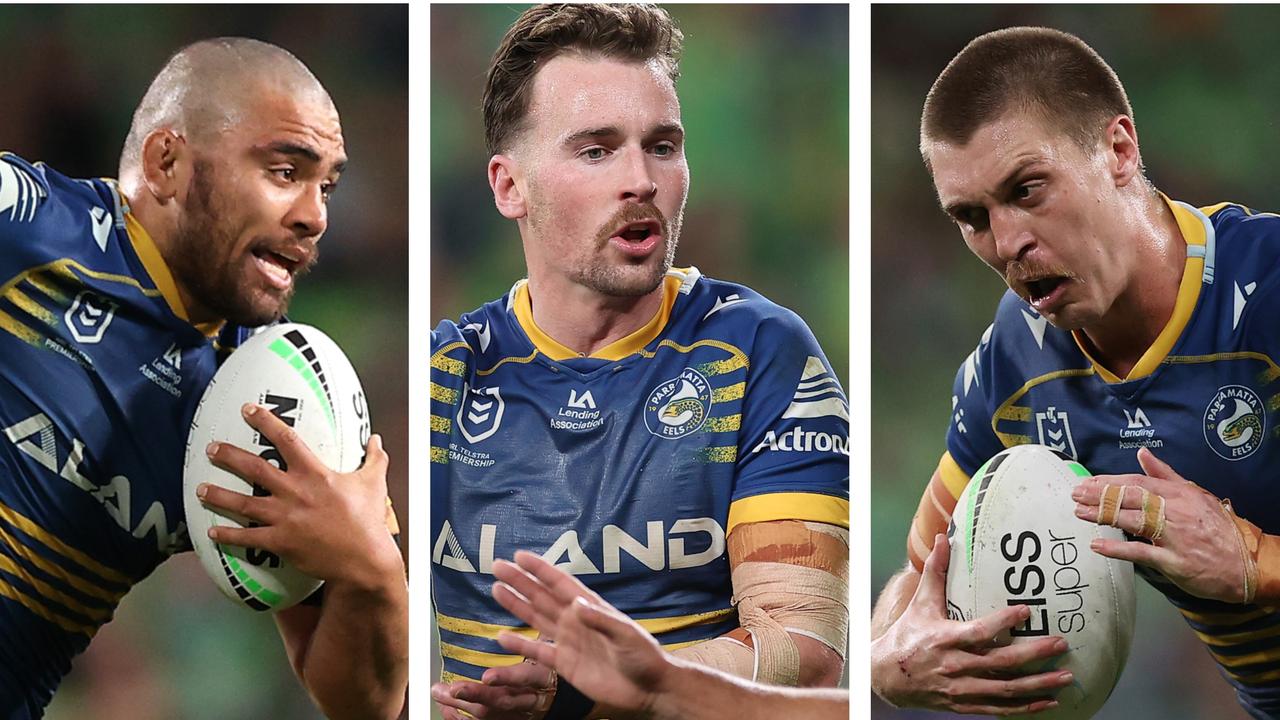 The Eels are into their first preliminary final since 2009 thanks to a dominant performance from their pack and some classy touches from Mitchell Moses.

Parramatta had five forwards run for more than 100 metres as the hosts piled on six tries in the comfortable 40-4 victory.

They’ll now face the Cowboys in Townsville for a spot in the grand final as the Eels chase their first premiership since 1986.

Read on for the Eels player ratings from their semi final against the Raiders!

Set up the first try then stopped Jordan Rapana from scoring by knocking the ball loose in the 13th minute. Typically impressive defensive effort other than being stood up by Xavier Savage in the 30th minute. Finished with two try assists, two linebreak assists and 166 metres from 17 carries – but had three errors.

Should have scored the Eels’ fifth try after stepping back in off his wing and wrestling over, but lost the ball at the final moment. Set up the final try and ran for 93 metres from 13 carries which included three tackle busts

Scored the first try in the seventh minute after turning Jordan Rapana inside out. Ran for 84 metres from eight carries, had three tackle busts and two offloads to complement a linebreak. Also made 19 tackles.

Ran hard all night and scored one of the easiest tries of his career when Raiders fullback Xavier Savage was nutmegged in the 14th minute. Went off with a hamstring injury in the second half.

Was allowed to put last week’s nightmare behind him as Canberra failed to target him with bombs. Score the third try with a sharp step back inside off his wing. Ran for 84 metres from 10 carries and had four tackle busts.

An enormous running game, finished with 161 metres from 13 carries that included four tackle busts and a linebreak. Controversially denied an assist in what should have been a fifth unanswered try in the first half as his pass to Clint Gutherson was ruled forward.

Tidy kicking game early all night. Threw a bullet cut-out pass for Waqa Blake to score the Eels’ third try. Forced two dropouts in the first half. Scored a brilliant solo try after bursting through a hole then pinning his ears back in the second half. Sent for HIA in the 53rd minute which he passed. Finished with 16 points on his 28th birthday.

Another big shift from the big man. Ran for 164 metres from 16 carries while also making 20 tackles.

No mistakes and worked tirelessly all night, making 40 tackles.

Broke a 44-game try drought after bursting through a yawning gap just five metres out to score under the posts. Ran for 124 metres from 17 carries, had three tackle busts, three offloads and a linebreak.

Crunched Josh Papalii with the first tackle of the game and hit hard in defence all night. Put his body on the line when Canberra weren’t willing to, following a loose ball off the second half kickoff.

One of the Eels’ best. Led his side with 185 metres from 19 carries which included four tackle busts, two offloads and a linebreak. Cost his team their captain’s challenge with a poor review of a loose carry.

Scored the final two tries of the night. The first untouched thanks to a beautiful pass from Clint Gutherson and the second in the corner. Started but went off for an HIA in the 14th minute, which he passed.

Set up the fourth try by throwing a nicely disguised short ball to Junior Paulo. Ran for 93 metres from 12 carries, including three tackle busts and two offloads.

A quiet night, finished with 48 metres from five carries.

Came on with 27 minutes left when Mitchell Moses was sent for an HIA. Copped a falcon and only had one run for six metres.