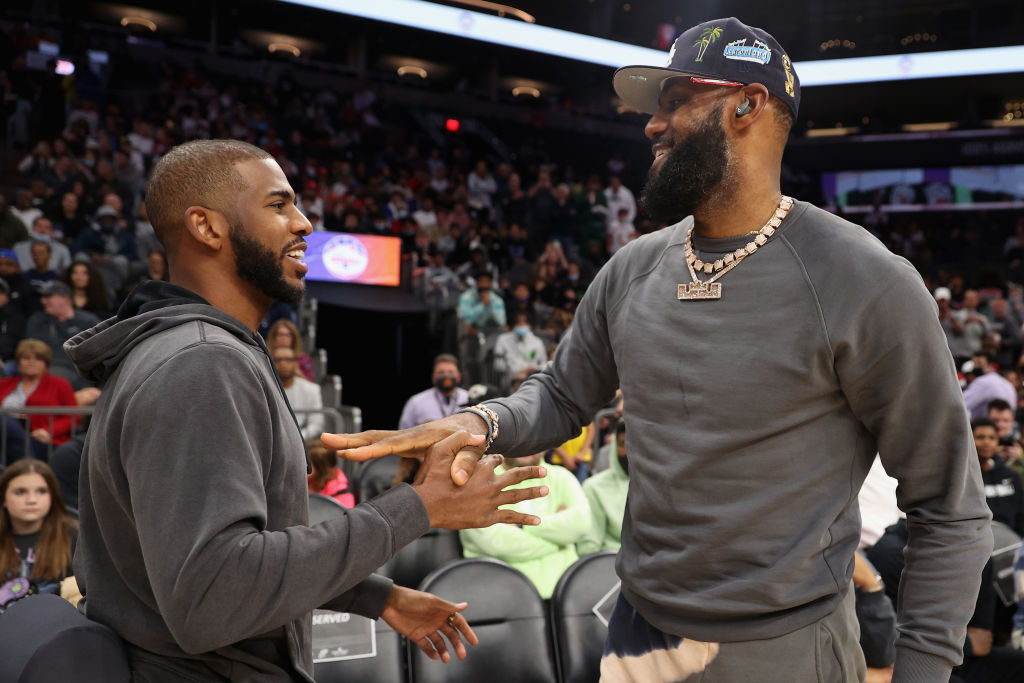 LeBron James and Chris Paul have both taken to Twitter to express their disappointment with the NBA and its apparent soft-on-slurs policy that led to what many think is a far too lenient punishment for Phoenix Suns owner Robert Sarver, whose alleged misogyny and n-word usage earned him a measly one-year ban from the league and a $10 million fine.

Sarver was banned from the NBA for one year and fined $10 million after the NBA on Tuesday released its findings from a 10-month independent investigation into allegations of workplace abuse during Sarver’s tenure as managing partner of the Suns that has spanned nearly two decades.

Among the litany of allegations first reported by ESPN in November and corroborated by the investigation conducted by the law firm Wachtell, Lipton, Rosen & Katz, Sarver was found to have, on at least five occasions, repeated the N-word when recounting the statements of others.

Earlier Wednesday, NBA commissioner Adam Silver addressed concerns he has fielded from the league’s player base, which is nearly 75% Black.

“I’ve talked to some players,” Silver said at a news conference in New York following the league’s board of governors meeting. “Those have been private conversations. I’ll leave it for the players to speak directly how they feel.”

Well, LeBron, for one, has not been shy about speaking directly about how he feels.

“Our league definitely got this wrong,” James tweeted. “I don’t need to explain why. Y’all read the stories and decide for yourself.”

It’s always solid advice to tell people to read available information for themselves instead of taking someone else’s opinion at face value. Well Chris Paul and “many others” have also read the findings of the investigation, and the Suns’ own point guard appears to agree with James that the penalty Sarver received didn’t match the harm he’s caused.

“I am of the view that the sanctions fell short in truly addressing what we can all agree was atrocious behavior,” Paul—who served two terms as president of the National Basketball Players Association—said. “My heart goes out to all of the people that were affected.”

On Wednesday, NBPA executive director Tamika Tremaglio said in a statement that “Sarver’s reported actions and conduct are horrible and have no place in our sport or any workplace for that matter,” adding that she has “made my position known to Adam Silver regarding my thoughts on the extent of the punishment, and strongly believe that Mr. Sarver should never hold a managerial position within our league again.”

Yeah, because it appears that, according to the league, racism and sexism have no place in the NBA—until a year has passed and not until $10 million is shelled out by a man whose net worth is “on the low end, $400 million and, on the high end, $850 million,” according to Deadline.

Welp, it looks like the new Donald Sterling is getting a better deal than his predecessor. Sometimes it’s hard not to want to throw the whole league away.