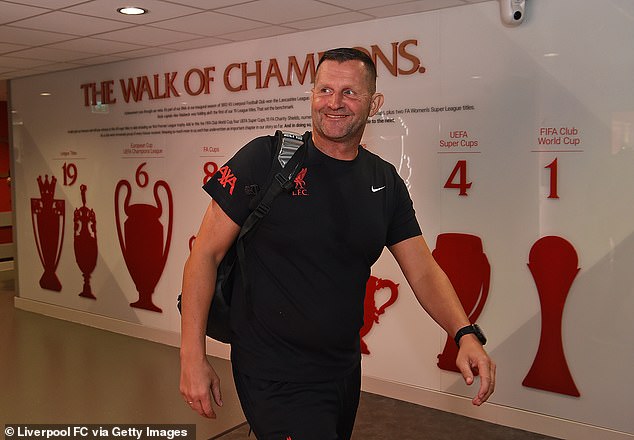 By Kishan Vaghela For Mailonline

Celebrations on the Reds bench following Fabio Carvalho's 98th-minute winner in the 2-1 victory for Jurgen Klopp's men sparked a heated melee between the two dugouts.

During the altercation, Achterberg appeared to stick two fingers up towards the Magpies coaching staff. 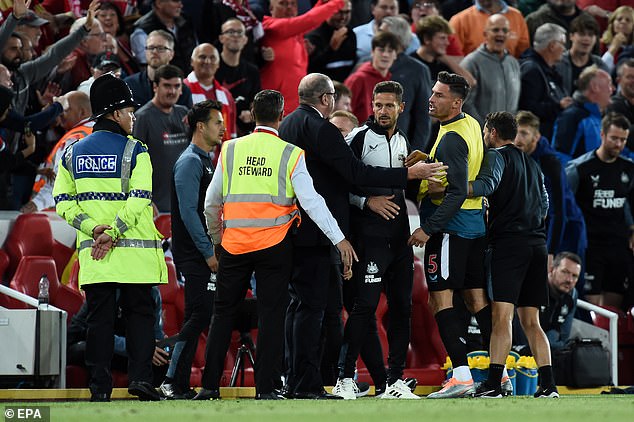 The FA charged the pair at the start of this month, and they both subsequently  admitted ‘improper behaviour', while Achterberg also accepted he used ‘abusive and insulting gestures'.

Now the duo have received further punishment after being handed touchline bans for their side's next Premier League match.

A Newcastle staff member was also accused of allegedly throwing a bottle towards the Liverpool technical area during the melee. 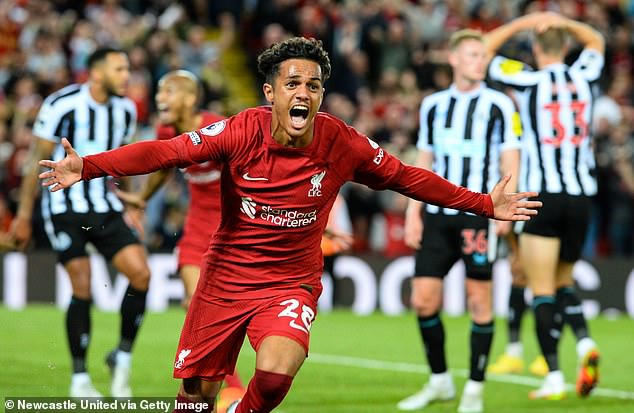 The clash was the boiling point after the Reds, throughout the second-half, had grown increasingly frustrated with Newcastle's time-wasting and gamesmanship.

But Carvalho's goal gave the Reds their second and most recent top-flight victory, after Roberto Firmino had cancelled out Alexander Isak's opener.

Achterberg will have to wait until after the impending international break against Brighton on 1 October to serve his one-match touchline ban.

The Reds were set to travel to Stamford Bridge to take on Chelsea on Sunday, but the match has been postponed due to insufficient police presences ahead of the Queen's funeral the following day.

Newcastle's match against Bournemouth at St James' Park on Saturday however is set to go ahead, when Hodges will serve his ban.

Intel Displays Custom Arc A770 and Arc A750 Boards