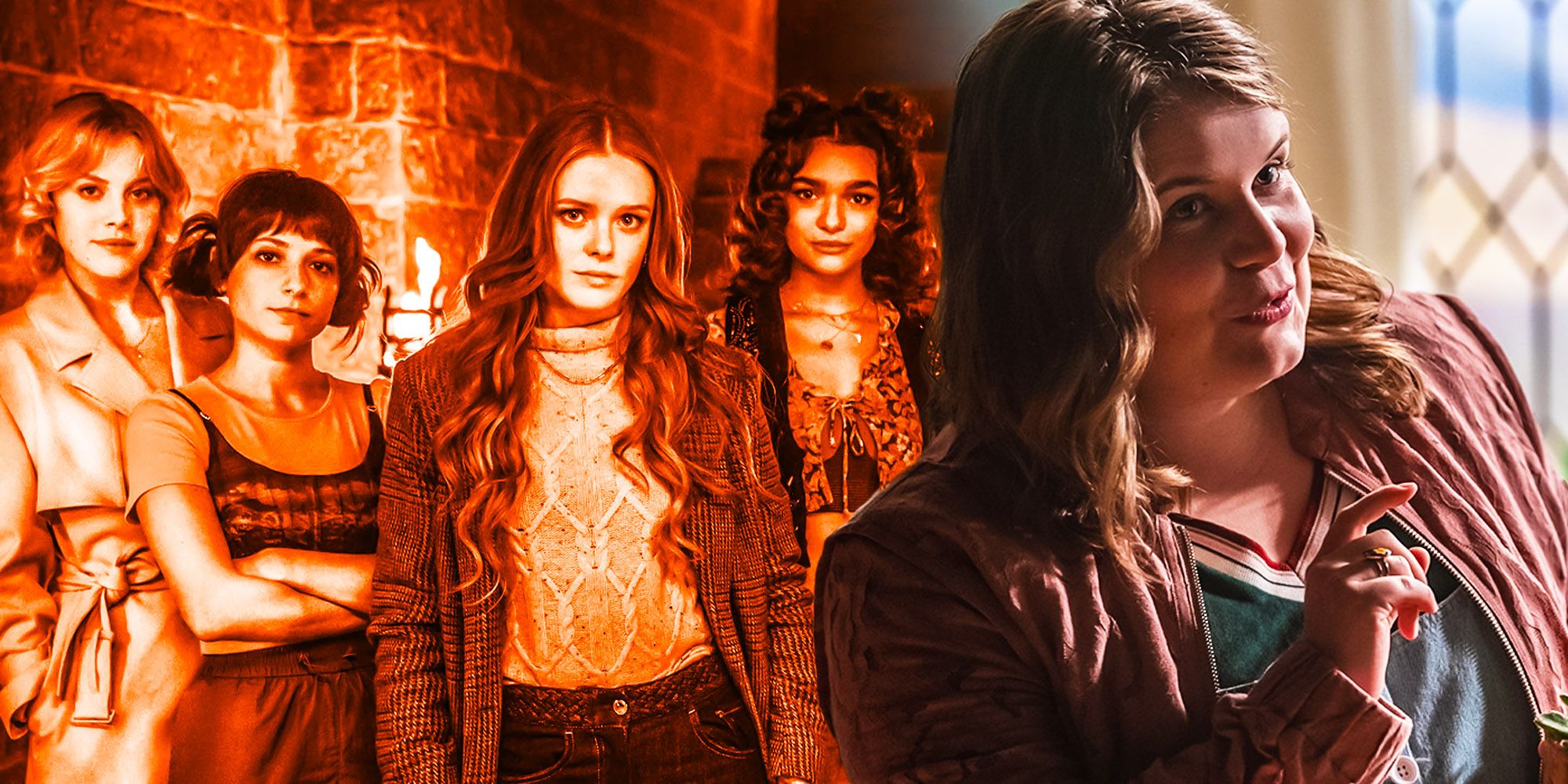 This article contains spoilers for Fate: The Winx Saga season 2.Fate: The Winx Saga season 2 revealed Terra is gay, and subtly rewrote season 1 to make her arc there seem like setup. Inspired by the beloved Winx Club animated series, Fate: The Winx Saga is a dark, brooding reinvention of the franchise created by Brian Young. The writer and showrunner is best known for The Vampire Diariesand it's easy to see his influence on the show; in this case, though, he has consistently insisted he was determined to confront gender norms and encourage themes of diversity.

It is odd, therefore, that season 1 was deeply flawed in its handling of such issues. One of the most unpleasant sub-plots focused on the earth fairy Terra, who was portrayed as deeply insecure and ultimately became a victim of fat-shaming by her crush. Even stranger, in spite of Young's insistence that diversity was a major focus, only one secondary character in Fate: The Winx Saga season 1 was LGBTQ+. Dane was handled primarily as Terra's doomed love interest, simply because he had feelings for Riven instead, and Dane became increasingly unlikeable as the series went on; he proved unable to resist peer pressure, and thus was filmed fat-shaming Terra, breaking her heart. This particular arc led some critics to conclude Fate: The Winx Saga was implicitly homophobic, since its only portrayal of an LGBTQ+ character was a negative one. Fortunately, season 2 conducts a very smart course correction that helps to resolve both issues.

Related: What Fate: The Winx Saga Could Learn From She-Ra

Fate: The Winx Saga season 2 confronts the accusations of homophobia head-on with a thoughtful subplot in which Terra tells her friends she thinks she's gay. Fate may be set in a realm of fairies, but sadly there seem to be undertones of homophobia running through fairy society, and the way the reveal is handled in a way that confirms that it's a big deal even in this fictional world. Terra initially opens up about her sexuality only to one confidant, Flora, before she tells her closest friends as well. In true insecure Terra fashion, she then tries to swiftly move on to the latest plan to save the world. Her friends stop her, giving her a loving group hug, making it abundantly clear she is accepted. Their love gives Terra the strength she needed to accept herself; by the end of Fate: The Winx Saga season 2, Terra is even going on dates.

The first season of Fate: The Winx Saga portrayed Terra's insecurity as being driven by her poor body image, but season 2 reveals she was actually struggling to accept her own sexuality. No doubt some of the powerful mind fairies Terra was associating with sensed a deeper conflict within her, but they were apparently wise enough to allow her to reach a place of self-acceptance for herself. Even Terra's crush on Dane in season 1 is placed in a different context, with Terra explaining she thinks she always tends to fall for “s*****, unattainable guys” simply because she knows they won't reciprocate her feelings so nothing will happen. By focusing on men like Dane, she was unconsciously rejecting a part of her own identity. This is a smart subplot, effectively turning the ill-handled fat-shaming arc into something much more nuanced.

Terra's reveal is well-handled, with the first three episodes focusing on the turmoil in her life. Again, there seem to initially be external reasons for her inner conflict; the end of Fate: The Winx Saga season 1 saw Rosalind become headmistress of Alfea, and her father and brother are both placed under substantial pressure by this new antagonist in season 2. But as Terra spends time with her cousin Flora, it swiftly becomes clear she's holding something back. Flora is interested in another specialist, Riven, and at first it looks as though Terra's attempts to keep them apart flow from jealousy. When she realizes her close friend and cousin is misreading her, Terra realizes she can't hold back any longer. She finally chooses to tell her best friend she is gay.

The Fate: The Winx Saga season 2 character arc is particularly well-handled in that it binds Terra and Flora together as close confidants. Although Flora is a new addition to Fate: The Winx Sagashe's actually one of the most popular fairies in Winx Club. She seemed to have been replaced by Terra in the Netflix adaptation, causing heavy criticism for perceived whitewashing. Had the show focused entirely on their identical powersets, the presence of two earth fairies would have risked making Terra feel redundant; drawing them together and focusing on their relationship ensures they complement rather than contrast. It's smart writing, and it makes Flora important to Terra's growth.

Terra's self-acceptance proves transformational, as she becomes increasingly bold and confident as season 2 continues – with her boldness drawing the eye of the specialist she has a crush on. The end of Fate: The Winx Saga season 2 sees Terra's transformation become literal; she and two of her friends, Aisha and Stella, transform into their Winx forms. In the lore of Winx Clubthese winged forms allow fairies to access their magic at a higher level. It seems they can only be unlocked through self-acceptance, as a fairy draws upon all their conflicting emotions. This subtly links Terra's self-realization to the main narrative of Fate: The Winx Saga season 2, a smart thematic approach.

Fate: The Winx Saga season 2 is streaming now on Netflix.