10 Hardest RPGs Ever Made, Ranked 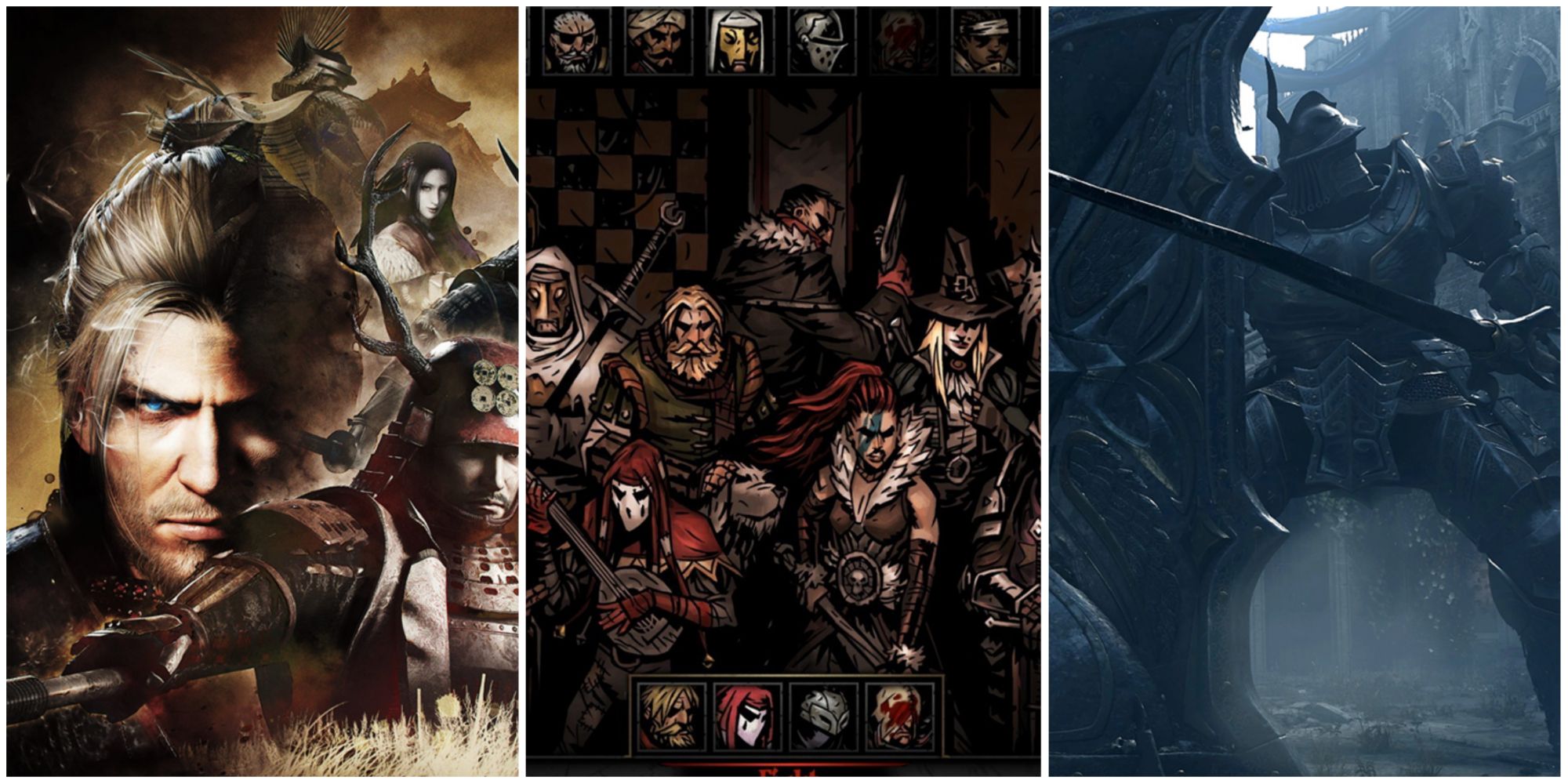 Many people play RPGs to have a relaxing grind on their way to becoming as close to a god as possible. There are people who seek out the most difficult RPGs imaginable. These players aren't usually masochists, but they rather seek out the intense joy that comes from defeating an extremely difficult boss after putting several hours to level up.

RELATED: Games That Deserve A Sequel

Beating these games may sometimes feel equivalent to climbing up Mount Everest in a non-physical draining. Anyway, all games mentioned on this list are either already the hardest or can be turned into the hardest RPGs available.

Undertale is an RPG that doesn't necessarily need to be extremely difficult as the game can be completed in pacifist mode, and enemies, while they can be tough to beat, don't compare to the most challenging enemies in the genocide run. In the pacifist run, the final boss and some puzzles still add to the game's difficulty and can take multiple tries to get through.

The genocide run is where players kill everyone and everything, and it's where things really begin to ramp up. Enemies will be tougher, and the hardest boss in the game is also located in this run.

9 The Legend Of Grimrock 2

The Legend of Grimrock 2 is a grid-based role-player game where players get to control a party of four characters. The game adds a lot of diversity in classes as they can build outside their respective class. This adds to the game's challenge as players must build the perfect group to survive their journey.

The combat makes it so that players have to strategically maneuver around enemies to not get overwhelmed and killed. All the facets of this game make it difficult to learn as it is very different from the RPGs that many are used to.

Elden Ring differs greatly from other FromSoftware games in terms of difficulty and the open-world setting. Other FromSoftware games throw players into bosses that force them to get better, and there won't be another way to get around that boss. In Elden Ring, bosses work out differently because if players get stuck, they can go somewhere else and always come back another time.

The difficulty scales up, and the entire journey feels like a formidable challenge if players choose not to farm or fight bosses without their friends' help.

Monster Hunter: World is difficult for new players and for those deep into the late game. It has a lot of layers that players have to learn so they can go on in the game. Players have to learn how to prepare for different monster battles and the terrains where they have to fight the monsters.

Everything must be planned so players can do the most on their journey and hunt down giant beasts. The game also makes it so that players have to learn enemy moves and play against them.

Bloodborne is much faster than other games on this list in terms of combat options. Players are able to focus more on landing quick hits and backing away opponents quickly. This might make some players think the game is a lot easier, but that is not true in the slightest – the game is still extremely hard for most.

For souls veterans, most of the base game is pretty simple, with, of course, some challenges on the way. Where it gets extremely difficult is in its DLC, where its most difficult boss nests.

Even with the quick combat and weapon upgrades, the game has a lot to offer in terms of boss fights' difficulty and enemy encounters. The game's combat also feels like a puzzle, as the player is able to strategize their moves by seeing enemies' stamina bars, making the experience uniquely difficult.

Darkest Dungeon seems like a simple game on the outside, but once players have their team wiped out a couple of times, they soon realize how difficult the game actually is. The player must be ready to learn how to manage their team and the many factors that might kill them.

Each dungeon has five different enemy types, which can change the battle trajectory. Players must manage resources and stress levels, so they do not get overwhelmed and die. The game can feel unfair, but players can find different strategies that work best for their teams through grinding.

Dark Souls is highly open compared to the game that came before it and has some of the Elden Ring tendencies. It lets players pick and choose some of the battles. Unlike Elden Ring, most battles in Dark Souls feel impossible to crack, so not much can be done besides learning the controls perfectly to get past one challenge.

Dark Souls has a lot of bosses that are hard to fight alone, and even with summons, some of these bosses will be extremely difficult to take on. The vastness of the maps also makes them harder to traverse as there are fewer bonfires in the game and no mounts to help the players.

2 The Binding Of Isaac: Rebirth

The Binding of Isaac: Rebirth has a mode that claims to be easy, but even that can feel like a rewarding nightmare to beat. This roguelike game makes it so that players have to start over when they die. Getting to the end of each run unlocks new items and characters, but with those items and characters, the game becomes more difficult. Also, all the items on a player's run are random, so players will need to learn what they synergize with and which ones are terrible. This might not seem like a lot until players realize that there are over 700 items, and some will kill a player's run.

The Hard mode in this game introduces its own separate levels by adding a large difficulty boost and unlocking completely different items and enemy types.

Demon Souls is by far the hardest FromSoftware game. The game is very difficult and offers 5 distinct worlds. Each world feels as though it carries its own challenges that players must face, and the challenges are less kind than FromSoftare's later titles. A lot of the game is unexplained and will kill players in a million different ways without them knowing what happened until the same situation arises again.

The game is a test of patience and trial and error, as many bosses can mow down the players if they are not careful. This is one of the most unforgiving souls games and will make players think out situations before they take them on. The game includes a lot fewer bonfires and shortcuts than other souls games and does zero hand-holding or damage-control on difficulty.

NEXT: Video Game Franchises That Keep Getting Better

Steam Deck can now been purchased without a reservation

The Google Pixel event: Everything announced at Made by Google 2022