A 10-Year Wait: The Excitement of the Superbike World Championship Returns with SBK22 Milestone is back on the SBK franchise and it’s quite the news! The Superbike World Championship is an important part of Milestone’s history.

We first started working on the title back in 1999 when the company was only three years old, and this game was also the first “bike” Milestone created.

The third game of the series, Superbike 2001is one of the most famous bike games ever made and still is in the heart of lots of fans.

In 2010, SBK X marked a great success and an important turning point in the Milestone’s history.

We kept the series until 2012, when we created SBK Generationa real love letter from Milestone to the SBK World Championship.

I personally have a special connection with the SBK games, they are the main reason I applied to work for Milestone when I was a young designer. Eventually I was lucky enough to be the Lead Designer of SBK Generations and now one of the masterminds behind our new title SBK22.

SBK22 has the spirit of our old SBK games with all the Milestone’s know how and updated technologies, the perfect recipe to achieve a game that truly represents today’s Superbike World Championship and the state of art of the motorbike simulation. The game is made in Unreal Engine and includes several technological innovations such as the Milestone’s Neural AI System, Weather Simulation, a faithful engine sound system, the Milestone’s signature handling system and much more.

But games and racing are not made only by technologies, people are also the base for both, and to faithfully recreate the riding sensations and the experience of being a real Superbike rider, we had multiple helpful conversations with the champions of the real sport, Bautista, Rea, and the current champion Razgatlioglu. The SBK bikes are based on production bikes but developed to be the ultimate racing machines, and in SBK22 our players will be able to experience all the real feeling and behavior of those racing beasts.

We have our philosophy, when we approach a game; we applied the Milestone method that is based on the faithful and realistic representation of the real sport, that is why in SBK22 players will find an exact mirror of the real championship, with all the sessions like pre-race, Tissot Superpole and Tissot Superpole Race, as well as the circuit, the teams and more. It’s also possible to live a challenging career experience in which players create they own story inside the Superbike championship starting from the bottom to race their way up to the top, with also the possibility to make their independent team and win with it.

SBK22 is accessible for every type of player, as our aim was to recreate the real sport making it enjoyable for every taste. Our hardcore players will like competing at the maximum level of difficulty without riding helps, but may other fans of the World Superbike Championship might prefer and enjoy a more moderate stimulation, engaging in epic battles against their heroes.

We are truly excited to be back at the SBK paddock, our fans have been asking us to do it for years, and we are sure that they are going to enjoy playing the game as much as we did developing it. 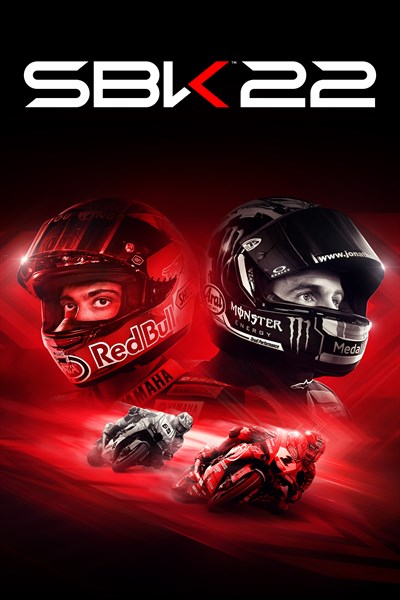 Saddle up your Superbike and show what you’re made of while racing in the official 2022 WorldSBK™.
After ten years, SBK™ returns with a title more immersive and engaging than ever, created with the contribution of real riders to make you experience the thrill of competition!

TAKE PART IN THE 2022 WORLDSBK™
Take on the official 2022 championship choosing from among 24 riders, prove your worth throughout the 12 stages, and reach the top step of the podium.

A WEEKEND OF RACES
Do you want to conquer first place in just a weekend? Dive into three days of free practice, Tissot Superpoles, and races to test your skills and triumph in constantly changing situations.

START YOUR JOURNEY TO BECOMING NUMBER 1
All that’s needed is a signature on the right dotted line, and you’ll be able to start your career in the Superbike world: improve your reputation to join the best teams and hire professionals to form the perfect staff which will support you all the way to the top of the podium! Don’t forget about your bike: you’ll be in control of every parameter – from suspension management to engine improvements – so that you can succeed in creating the Superbike of your dreams.

A REAL EXPERIENCE
Hit the tracks with your favorite motorbike, manage fuel levels, and pick the right tires to take full advantage of the most challenging situations. Every choice matters, as you will be facing competitors made even more fierce and unpredictable by A.N.N.A., the neural artificial intelligence system based on machine learning.

MULTIPLAYER
Race your friends in a Superpole or a simple race session in the new Multiplayer mode. But don’t stop there! You can also set your personal best in the time trials, so you can send your name to the top of the Leaderboard!