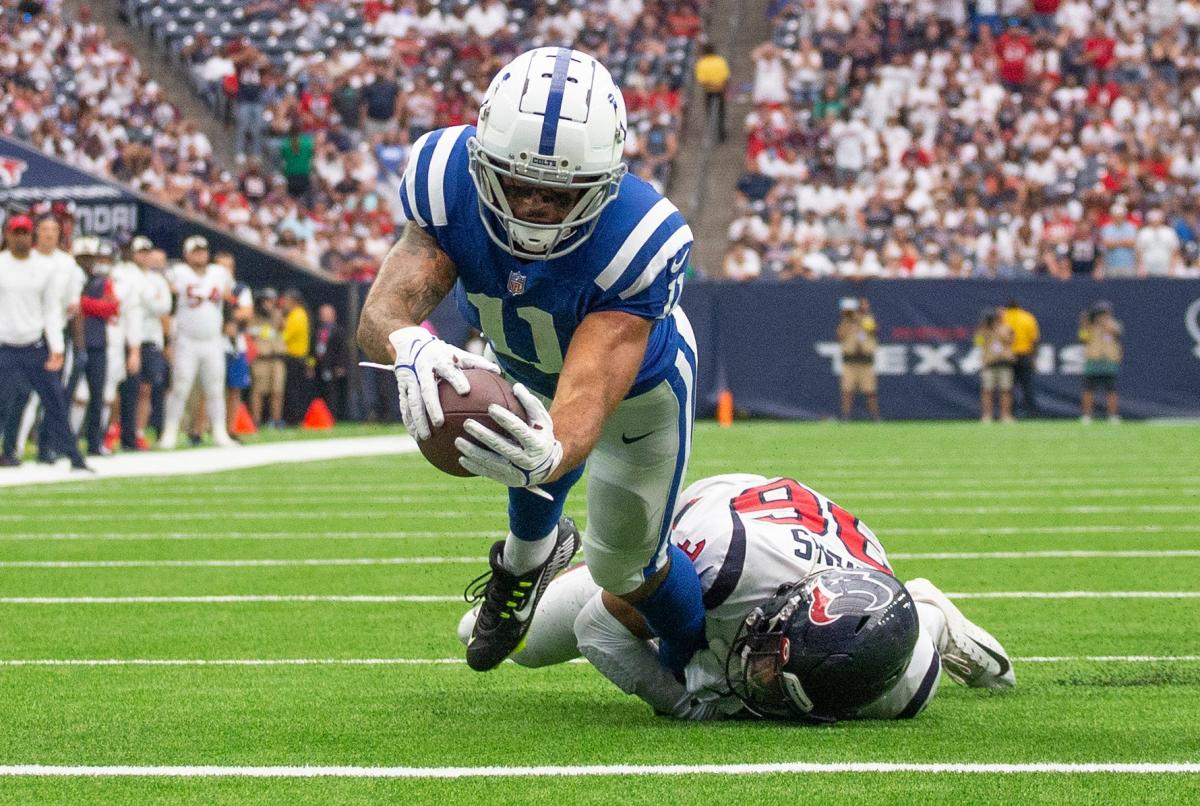 JACKSONVILLE — The Colts will have to engineer a passing game without Michael Pittman Jr. for the first time since his rookie season.

Indianapolis has downgraded its star wide receiver to out for Sunday's road game against the Jaguars. Pittman Jr. had a quad injury pop up in the middle of the week that kept him out of Wednesday's and Thursday's padded practices, and the Colts estimated that he would have missed Friday's as well had it been more than a walkthrough.

“He just came out to practice on Wednesday and felt something that he didn’t feel after the game or anything like that,” Colts coach Frank Reich said. “It was like, ‘Well, what the heck is going on here?’ So, took him out of practice mainly as a precaution.”

Pittman Jr. has carried the Colts' passing attack since the beginning of last season. He posted his first 1,000-yard season last year and was the only Colts receiver to finish the year with 400 yards.

That trend continued in last Sunday's season-opening tie with the Texans, as Pittman Jr. caught nine passes for 121 yards and a touchdown. The next best wide receiver finished with 46 yards.

The Colts will be down two starting wide receivers as they look to score their first win in Jacksonville since 2014. Second-round rookie Alec Pierce suffered a brain injury in the opener and will not be available this week.

The situation could lead to a big role for slot receiver Parris Campbell, the one starting receiver who is healthy. It should also mean increased targets for Michael Strachan and Ashton Dulin, as well as a game day activation for Dezmon Patmon.

The Colts will also be without All-Pro linebacker Shaquille Leonard, who has not yet debuted after offseason back surgery. They have decisions to make on Pro Bowlers DeForest Buckner and Kenny Moore II, who both missed practice time with hip issues this week.