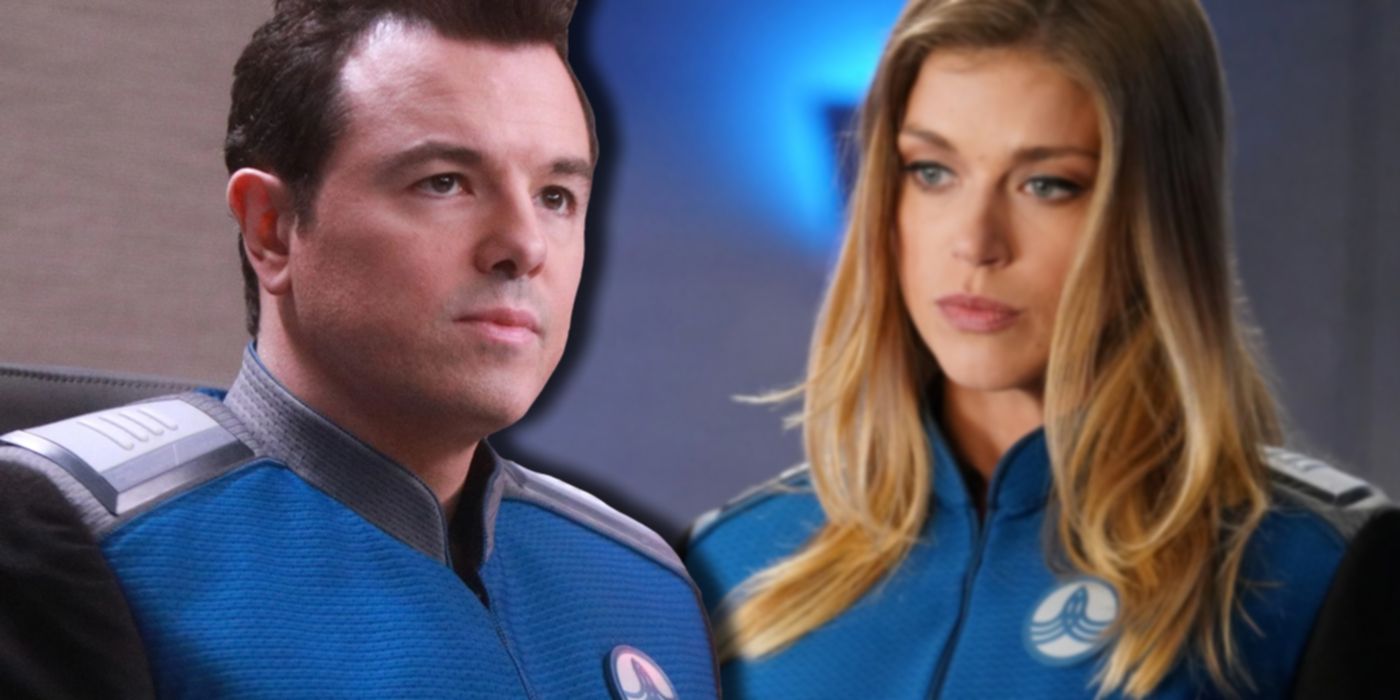 Despite the tense relationship between The Orville’s Ed and Kelly, it was because of Ed that another Orville crewmate didn’t take Kelly’s job.

It turns out that Captain Ed Mercer stopped one unexpected member of the Orville's crew from taking the role that went to Commander Kelly Grayson. In a diverging timeline, Ed wasn't there to stop his ex-wife's position from being given to an unexpected, and potentially unfit, character.

The comedy/drama television series The Orville is a love letter to classic sci-fi in the vein of the Star Trek franchise and revolves around the titular ship's crew and their explorations in space. Leading the stalwart team is Ed Mercer, the Orville's captain and ex-husband of the ship's First Officer Kelly Grayson. The relationship of Orville's Ed and Kelly fell apart after an act of infidelity on Kelly's part. To make up for it, Kelly assisted Ed in getting command of his own Union ship, an act he later paid back by making Kelly his second-in-command.

Related: The Orville: Why Alt-Timeline Kelly Didn't Warn Anyone About the Kaylon

And it seems that particular chain of events prevented one surprising Orville character from climbing the ranks and getting a very powerful promotion. In The Orville: Digressions by David A. Goodman and David Cabeza, the alternate timeline the younger Kelly accidentally created in the episode “Tomorrow, and Tomorrow, and Tomorrow” is explored and shows fans a very different version of The Orville. In this world, Kelly and Ed never went beyond a first date and their marriage never happened and thus, Ed is not in charge of the Orville. Instead, the ship is headed up by Captain Griffith, who leads over several familiar characters such as Bortus, John LaMarr and Alara Kitan. Griffith leads his team in a meeting to introduce the Kaylon Isaac to the team, as well as announce Chief Engineer Steve Newton's promotion to First Officer while John will take over engineering.

Steve Newton was a character in the television show’s first season who departed the Orville to design a space station and gave John the opportunity to become the ship’s Chief Engineer in the prime timeline. While not an extremely featured character, Newton became known for his humor that occasionally bordered on the inappropriate. At times, he could also be dismissive of younger crew members, such as Alara. It seems that if it wasn't for Ed's presence on the Orville, Kelly's job might have been taken by someone a little less deserving.

Newton was never shown as a bad character as much as Kelly was proven to be an exceptional one. The Orville crew all excel in some area of expertise and as the ship’s second-in-command, Kelly has kicked ass when the situation required her to. Clearly, Ed made the right call in making her his secondary. It speaks to Mercer's judgment that he knew how well Grayson would fit the role compared to some other members of the ship. If Ed Mercer hadn't been around, the Orville never would have had the amazing First Officer it currently does.