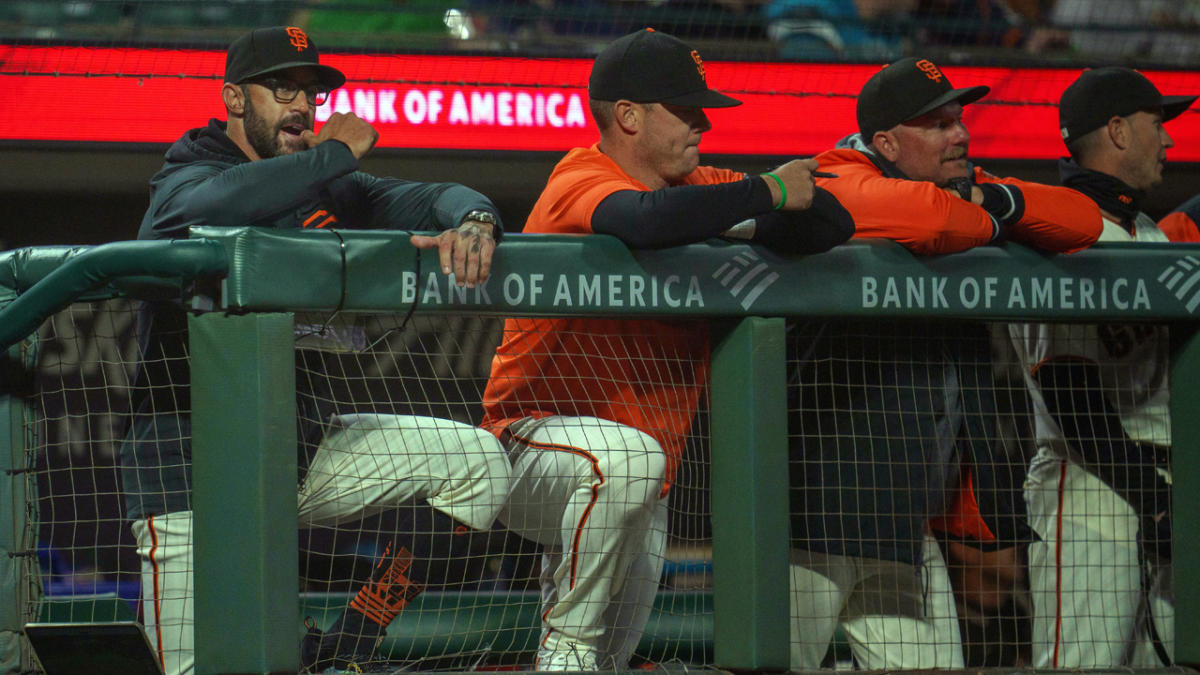 SAN FRANCISCO — When it comes down to their final positioning in the National League West, the reigning division champs are thinking about this like a twisted version of a famous “Fast and the Furious” line. It doesn't matter if the Giants lose by an inch or a mile, losing is losing.

The Giants lost Friday night, 5-0, to kick off the final series of the year against the Dodgers. They are now 30 1/2 games behind a team that clinched the division title earlier this week, but before the game, manager Gabe Kapler said the gap is not what will keep him up at night this offseason.

“They've been the better baseball team all year,” Kapler said. “From a perspective of the distance between us in the standings, it's disappointing and it's annoying but it's sort of irrelevant. If you're not winning the division and you're not in the playoffs, there's plenty to be disappointed about right there. You don't have to layer on anything related to an exact number of games.”

There is no real difference between finishing 20 out or 30 out, but on Friday night, it was hard to feel like the gap between these two franchises is anything but massive, even with what happened last season.

The Giants had just two hits and the first didn't come until the sixth when Luis Gonzalez snuck a roller past the mound. They were completely overpowered by right-hander Dustin May, who might have made the difference last season had he not needed Tommy John surgery. The Giants won a division title behind their own young right-hander, Logan Webb, but on Friday, Webb was charged with four runs and lasted just four innings.

The loss was the 13th in 17 games against the Dodgers this season, with the Giants being outscored 88-50. They have been particularly helpless in the second half as they've fallen out of the playoff race and the Dodgers have raced to another 100-win season.

This is nothing new in the West, but it's concerning that it's happening this deep into a reboot. The Giants finished 18 games behind the Dodgers in 2018 and 29 games back in 2019. In the shortened 2020 season, they were 14 back after 60 games.

This deficit is just as bad, and it comes a year after the Giants thought they had turned things around.

It's back to the drawing board for everybody, including Webb, who dominated the Dodgers last season but has now been hit hard a couple of times in six weeks.

Webb said his stuff was good but his execution was lacking. He gave up seven hits in four innings and needed 90 pitches to record 12 outs.

“When I did leave something across the plate they took advantage,” he said. “A lineup with nine All-Stars is going to do that.”

The short night put a small dent in Webb's hopes of reaching 200 innings — he's at 182 with three starts remaining — but he wasn't reeling too much. He said he wishes he had one more start against the Dodgers this season, even with how tough they've been on him lately.