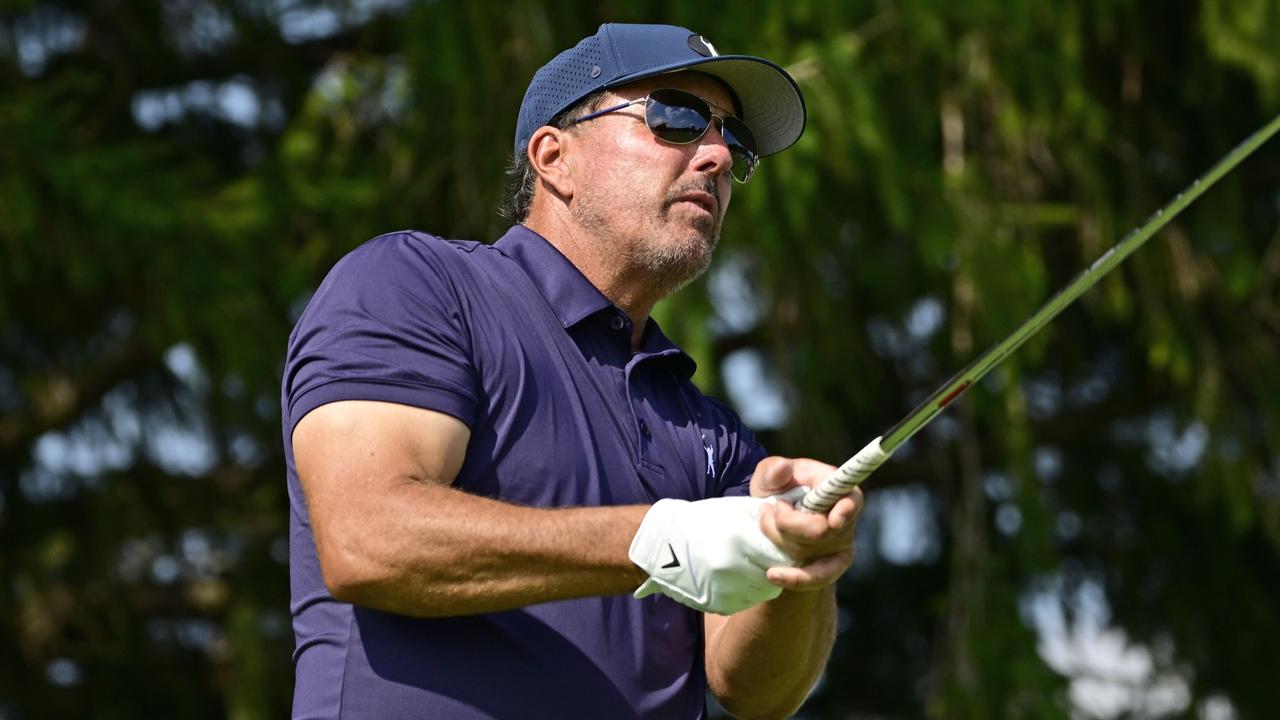 Phil Mickelson is striking a tone of compromise.

Lefty spoke to reporters at the LIV Golf event outside of Chicago on Friday and suggested that the upstart, Saudi-backed LIV could find a way to work with the PGA Tour.

“The PGA Tour, for the last 20 or 30 years have had all the best players in the world. That will never be the case again. LIV Golf is here to stay,” Mickelson said.

“The best solution is for us to come together. I think that the world of professional golf has a need for the old historical ‘history of the game’ product that the PGA Tour provides. I think that LIV provides a really cool, updated feel that is attracting a lot of younger crowds.”

He painted the idea of the two golf tours working together as a prospective positive development.

“Both are good for the game of golf and the inclusion of LIV Golf in the ecosystem of the golf world is necessary,” Mickelson said.

“As soon as that happens, we all start working together. It’s going to be a really positive thing for everyone.”

Earlier this week, Mickelson revealed that he was considering removing himself from LIV’s antitrust suit against the PGA Tour. Mickelson, along with all of the other golfers who joined LIV, remain indefinitely banned by the Tour.

Meanwhile, Mickelson’s hope for compromise with the Tour do not seem to mesh with what LIV CEO and commish Greg Norman said earlier this week.

“We have no interest in sitting down with them, to be honest with you, because our product is working,” Norman said in an interview with The Australian.

Norman said that PGA Tour commissioner Jay Monahan has been unwilling to try to negotiate a truce.

“That’s why we are where we are today,” Norman said. “We tried awfully hard — I know I did personally for the past year. … When we knew we were never going to hear from them, we just decided to go.”