Werewolf By Night Transformation Did Not Use CGI

All the internet’s more interesting critiques of ‘The Little Mermaid’ 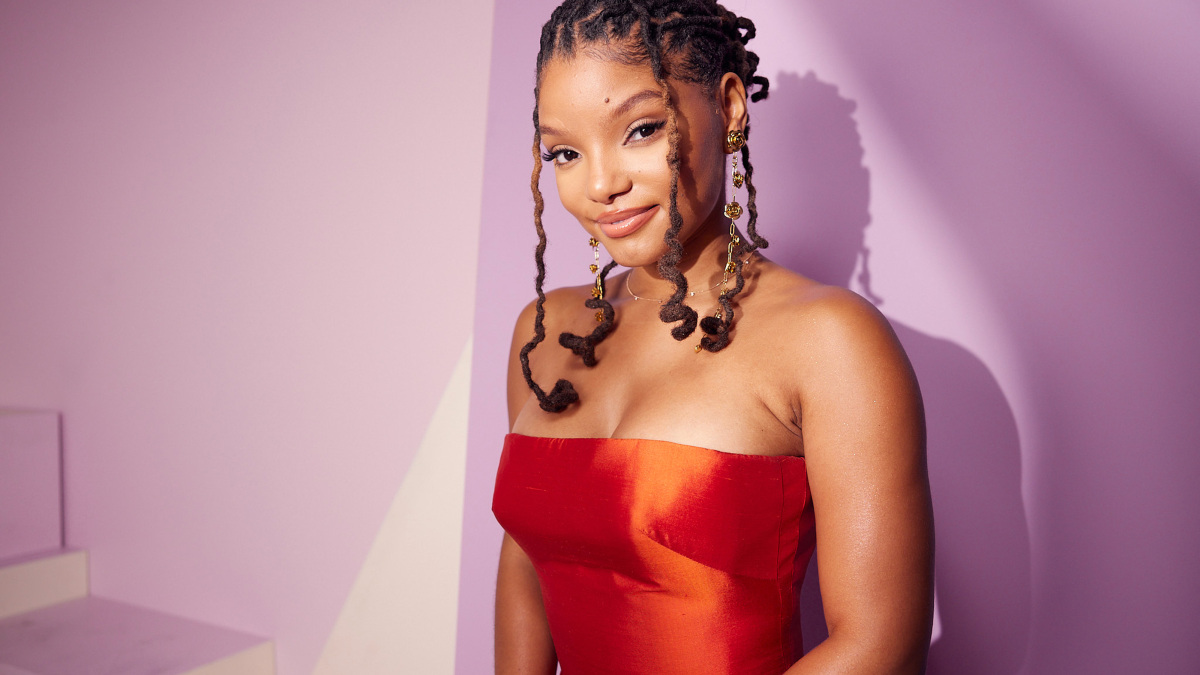 As anyone who spends any semblance of time on the internet is well aware, the racists have been, uh, being racist again.

With the recent release of a teaser trailer for Disney's live-action remake of The Little Mermaid starring Halle Bailey, people who have likely never had any interest in Disney films before in their lives were suddenly enthralled by the fact that Ariel was played by a Black actress. Outrage erupted on Twitter, Reddit, and other social platforms, and the official trailer reportedly received over 1 million dislikes on YouTube shortly after release. Some haters even went so far as to use AI to paint over Bailey's face in the trailerreplacing it with a white woman with red hair.

In response to the online vitriol, film enthusiasts and Disney devotees alike scoffed at the idea that the titular mermaid had to be played by a white actress in order to preserve “accuracy.” As many folks pointed out, the film is about a mermaid — a fantasy character to whom racial identity is irrelevant. And if you still aren't aware of the importance of representation in entertainment, please see the beautiful cascade of videos featuring little Black girls reacting to seeing themselves in their favorite Disney princess.

Amidst fighting the backlash, many fans brought up other aspects of The Little Mermaid tale and filmmaking that they hoped would be addressed instead of the irrelevant casting drama. So, in the spirit of discussing actually interesting elements of storytelling, here are some of the online critiques and explorations of The Little Mermaid that actually matter.

1. Can we get a little vibrancy in here?

With the teaser trailer being so short, there aren't a ton of visual choices for fans to think about. However, one aspect immediately jumped out to aesthetically-minded viewers: the color scheme.

As several people pointed out, the underwater scene shown in the teaser is overall a bit dim and gloomy. The lighting is very cool and blue-toned, and it doesn't match up with the brightness that nostalgic fans typically associate with Disney animated films. This prompted both support and further spirited discussion. Defenders of the color scheme argue that the scene obviously takes place underwater, and the live-action adaptation of an oceanic scene is holding true to what it might actually look like. Others also point to color theory and the tone of “Part of Your World” — the song that Bailey sings during the scene — being sad and longing for a world above the water, perfectly making it so the aesthetic tone matches with the story of that moment.

But while this all can be true, non-fans also bring up that the lack of vibrancy in Disney's live-action remakes has been criticized before with The Lion Kingwith Disney's quest for hyperrealism ultimately taking away from the magic of the story. While realism is a sensible pursuit in a live-action fairy tale, Ariel's fans are hoping it won't overtake the whimsy of the mermaid's saga.

2. Remember how Ursula is inspired by a drag queen?

Arguably the most important character in the film after the main mermaid herself, Ursula has developed a devoted fanbase for her campy, over-the-top wickedness. When The Little Mermaid was announced, fans of the sea witch imagined a range of actors for her, including Ginger Minj, Lizzo, Eureka O'Hara, and Lady Gaga. But Disney ultimately went with… Melissa McCarthy.

Now, McCarthy may very well give a wonderful performance in the role. But for Disney heads tuned into Ursula's animated creation, many hoped for a nod to the drag community in the modern casting. As is well documented, the cartoon Ursula's appearance was based on iconic drag queen and actress Divine. Unfortunately, Divine passed away before ever having the chance to voice animated Ursula, but Divine documentarians agree that she would have relished having the opportunity.

Consequently, fans hoped for a drag queen of today to take on Ursula's real-life counterpart. While most don't think it will fully detract from Ursula to be played by a cisgender actress, leaning into the original inspiration would have meant a lot more to the LGBTQ community. However, internet sleuths have also discovered that McCarthy herself has performed in drag before, going by the alias Miss Y. With her involvement in the nightlife and drag community in the 1990s, fans are slightly more confident that the actress will pay homage to the character's roots in the adaptation.

3. The whole thing might be an allegory for gay longing

The fairy tale historians have a truth bomb for the “accuracy” seekers out there: The Little Mermaid might not be about a little mermaid at all!

As Pride reported, the original fairy tale on which both the animated film and live-action remake are based was written by Hans Christian Andersen in 1837 as “a love letter for a man named Edvard Collin.” Historians widely believe that Andersen was bisexual, and wrote the story to illustrate his feeling of otherness and desire for a world that would accept him. In his story, Ariel suffers from so much heartbreak from not being able to be with her prince that she dissolves into sea foam, an ending that seems to reflect Andersen's own romantic pursuits.

While Disney's version has clearly stripped Ariel's love story of any queerness, fans online are pointing back to the source material to demonstrate that adaptations are allowed to change. If you aren't upset that a story of gay desire isn't included in the remake in the name of accuracy, then perhaps there isn't exactly room to stand against Ariel being Black.

4. Is it more important to have a fabulous singer or a seasoned actor?

Among the chief compliments of the teaser trailer were praises sung for Bailey's angelic singing voice. Though the trailer only features one lyric from “Part of Your World,” an attendee at D23 leaked a longer clip shown at the expo in which you can hear an extended cut of the song. In it, Bailey performs some truly incredible vocal acrobatics, making the quintessential Ariel tune her own.

Though many reactions to the clip support Bailey, saying that her vocal talents clearly demonstrate her perfect fit for the role, others wonder whether singing ability can make up for what some say is a lack of an acting resumé. Although Bailey has long been on Grown-ishshe doesn't have many movie credits and is primarily known for her musical talents as one half of Chloe x Halle. Internet fans continue to debate whether prioritizing a singing voice in a musical movie is more important than acting credentials, with many drawing back to an inverse comparison with Emma Watson as Beautiful in the live-action Beauty and the Beast. While no one doubts Bailey's vocal abilities, the movie will give her a chance to show off her acting chops and might help settle the debate on the importance of singer vs. actress in musical movies.