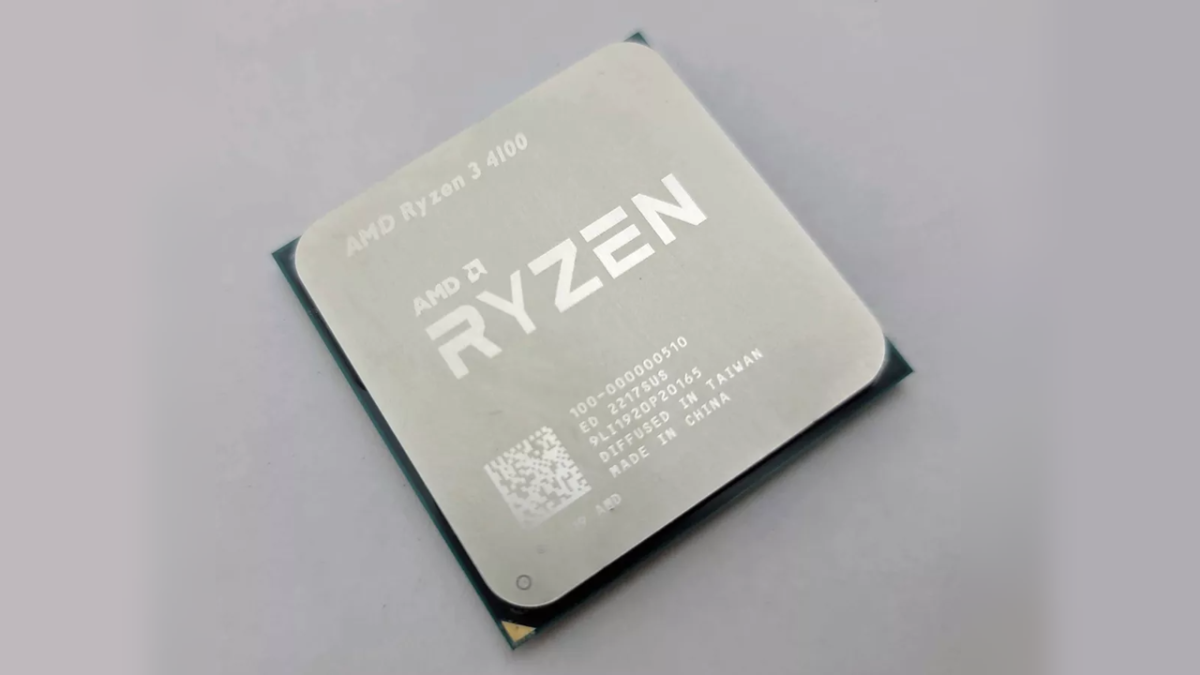 AMD is on the cusp of refreshing its top-end parts with the Zen 4 Ryzen 7000 chips that arrive later this month. But the company employs its Zen 2 architecture for its latest low-end chips, the Ryzen 3 4100 and Ryzen 5 4500, and all signs point to these chips being the company's budget offerings well into next year. The $99 quad-core Ryzen 3 4100 and the $129 six-core Ryzen 5 4500 are designed to challenge Intel's potent $122 Core i3-12100 and the $99 graphics-less 12100F that have become the go-to budget chips for gamers. The new AMD chips came as part of the company's broader launch of seven new Ryzen 5000 models that aim to shore up its rankings in CPU benchmarks and retake its position on the Best CPUs for gaming list.

The Ryzen 5 4500 and Ryzen 3 4100 are part of AMD's new strategy of using its monolithic (single-chip) Zen 2-powered ‘Renoir' APU silicon to tackle the sub-$150 market that Intel has dominated with its Alder Lake processors. AMD's low-end lineup leverages one full-fledged APU model with active integrated graphics, the Ryzen 4600G, and two models with disabled Vega integrated graphics, the 4500 and 4100.

The Ryzen 5 4500 and Ryzen 3 4100 still come with the efficient 7nm TSMC process, and their monolithic design allows AMD to hit lower price points than possible with the more expensive chiplet-based Ryzen processors. However, that results in some tradeoffs — the chips only support 20 lanes of the PCIe 3.0 interface and DDR4 memory. In contrast, Intel's competing Core chips support up to PCIe 5.0 and either DDR4 or DDR5 memory, giving Intel the connectivity edge. That's not to mention that AMD's Renoir APUs have the aging Zen 2 architecture that debuted back in 2019.

AMD's chips come with bundled Wraith Stealth coolers and benefit from the robust AM4 motherboard ecosystem that's teeming with plenty of affordable options. AMD also allows overclocking on these lower-end SKUs, an advantage over Intel's Core i3.

AMD's lowest-end chips are long overdue, arriving a year and a half after the first wave of Ryzen 5000 chips, but they're badly needed. Intel's Alder Lake launch caught AMD uncharacteristically flat-footed, wresting away AMD's performance and pricing lead. Intel's aggressive pricing also brought superior value in every price range while exploiting AMD's glaring lack of any sub-$250 Zen 3 chips. AMD's tactic of bringing single-chip Renoir silicon to market serves as the counter, even if it leverages older tech to lower price points. Here's how the low-end Ryzen chips stack up.

The Ryzen 3 4100 and Ryzen 5 4500 are nearly identical to the graphics-armed Ryzen 4000G models that AMD brought to market for OEMs and SIs back in 2020. However, these models come with a disabled iGPU, so you'll need a discrete graphics card.

The $99 Ryzen 3 4100 is a Renoir model that slots in with four Zen 2 cores and eight threads that operate at 3.8 / 4.0 GHz base/boost clocks. The 65W chip comes with 4MB of L3 cache and has a disabled Vega graphics engine, positioning it to compete with Intel's graphics-less Core i3-12100F. In many respects, the quad-core 4100 essentially replaces the Ryzen 3 3100 that was never really available at retail due to shortages during the pandemic.

Aside from the disabled iGPU, these chips have the same Renoir design as the OEM-only Ryzen 7 4750G (hit the link for the full architectural details), including support for PCIe 3.0 instead of PCIe 4.0. As a result, this chip will make a great pairing for older, lower-end AM4 motherboards (you definitely don't want to pay for functionality you don't need by pairing it with a PCIe 4.0-supporting motherboard).

The Ryzen 5 4500 and Ryzen 3 4100 come with a bundled Wraith Stealth cooler sufficient for stock operation and supports up to DDR4-3200 memory. In addition, these chips are fully unlocked for overclocking the CPU cores, memory, and fabric. In contrast, Intel's non-K models only support memory overclocking, though Intel's nonsensical decision to keep certain voltages locked still restricts memory overclocking headroom.