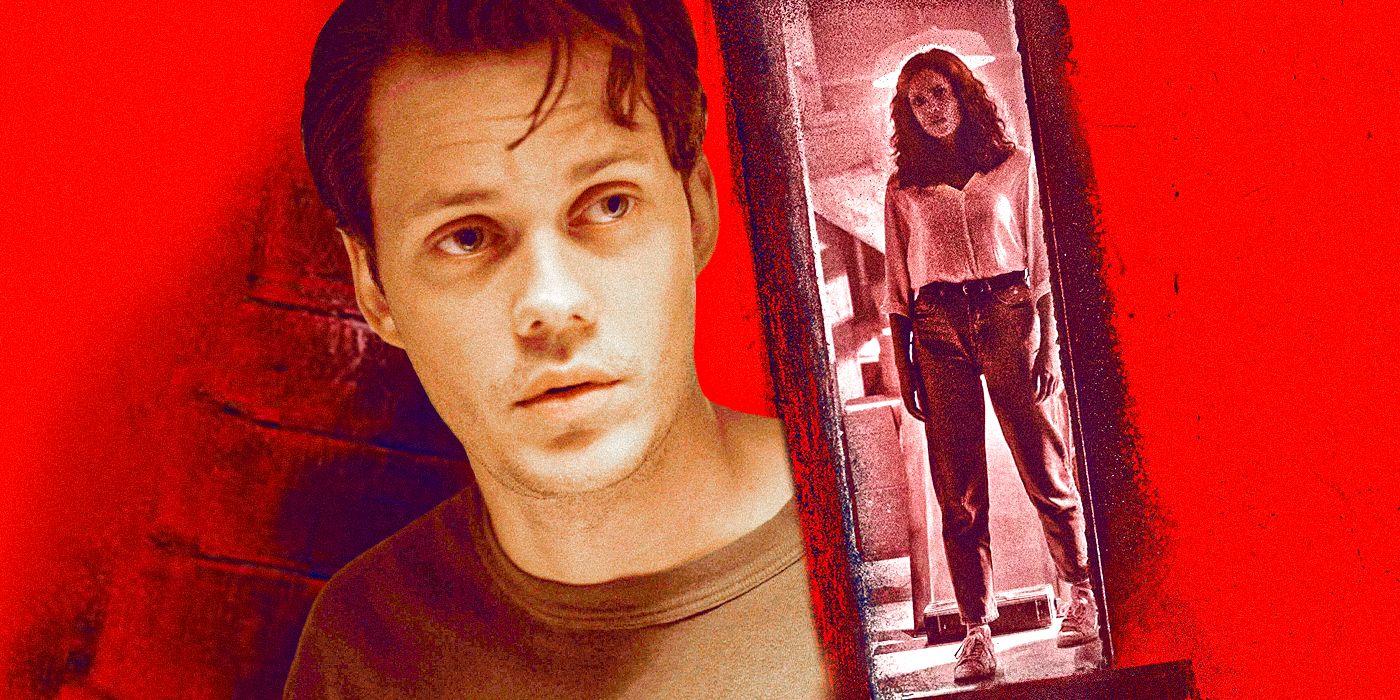 As far as concepts for movies go, mixups involving vacation rentals might be a relatively new sub-subgenre, but it's apparently one that is rife with possibility. This past weekend, I decided to head out to watch the new movie by Zach Cregger: Barbarian. Knowing that the movie was full of plot twists and crazy moments, I didn't look much into it but the concept was intriguing.

Barbarian follows a young woman named Tess Marshall (Georgina Campbell) who is headed to Detroit for a job interview. Her life is a bit tenuous right now, having just gotten out of a toxic relationship. She arrives at the vacation property late at night, it's pouring rain, and she's frustrated. There's no key in the lockbox. The house seems empty, but when she calls the property managers, no one answers. Then — a light turns on. A man opens the door. His name is Keith Toshko (Bill Skarsgard).

‘Barbarian' Has a Surprisingly Similar Concept to ‘Love in the Villa'

Like any reasonable young woman in 2022, she is reasonably freaked out. When Keith tells her he is renting the house, she is confused. Initially refusing to come into the house, a look outside at the abysmal weather forces her to head in, though with a healthy amount of caution. Finally, Keith shows her his rental receipt, and she shows him hers. One booked on HomeAway, one booked on Airbnb. Seems like the management company is double-dipping.

Still, Tess is uncomfortable. She wants to go head out and search for a hotel, but there's a conference in town, and she'll be hard-pressed to find a place. While she waits for the sheets to get cleaned, she sits down to talk with Keith. She's there to interview for a job with a local documentarian. He happens to know the documentarian's work, which is fairly uncommon. The two start talking and soon Tess seems reassured that Keith is not actually a murderer but genuinely a man who got caught up in the same shitty circumstance as her.

The two bond and chat over a bottle of wine, and they talk about her past relationship, and it feels like there's a tenuous connection being formed. Keith is sweet, and he seems very conscious that Tess was initially quite uncomfortable and perturbed by the situation. Even though we know we're in for a horror movie at some point, this is a sweet setup. The two make Tess' bed and Keith shows her how he puts a duvet cover on a duvet (hint: you absolutely are not prepared for his trick) and the two share a moment. But, Keith is a gentleman and even if they just bonded, it's way too early to start making out and sharing a bed. Keith heads to the couch, and Tess falls asleep on the bed.

I will say, at this point, I was getting a sharp sense of déjà vu.

RELATED: ‘Barbarian' Ending Explained: The Horrors and Resilience of Womanhood

‘Love in the Villa' Also Involves a Double Booking at a Vacation Rental, But the Similarities Don't Stop There

Because, right before going to the movie theater to watch BarbarianI had watched another movie at home. (Yes, my life essentially consists of endlessly television and movies.) While doing chores around the house, I put on Love in the Villaa bit of a clichéd romantic comedy movie from Netflix. I had finished watching a rom-com the night before and this was in the suggested window. I've never been one to turn down a rom-com, good or bad, so I switched it on.

Love in the Villa follows a teacher named Julie Hutton (Kat Graham). She's been in love with Shakespeare and specifically Romeo and Juliet for as along as she can remember. A meticulous type-A person, she has planned out her summer vacation to Italy where she will stay in Verona with her long-time boyfriend. Except… boyfriend breaks up with her right before the big trip. Devastated, she decides to go to Verona regardless.

After a painful flight, losing her luggage, and a chaotic car ride, she arrives at her vacation rental in Verona. The scenic rental happens to be in the same square as Juliet's Balcony. Now, if you know anything about Verona, Shakespeare, or just basic literary history, you'll know that Juliet was a fictional person. Juliet's Balcony is not really Juliet Capulet's balcony. The balcony itself wasn't even built until the 20th century. But, I digress. The rental has a beautiful view, and it just happens to look out at the famous balcony that Julie is so in love with.

But, there's a slight problem. Someone is already living in her rental apartment. His name is Charlie (Tom Hopper). Charlie is a rather cold but handsome British man visiting Verona for a wine conference. He works in the industry and he's going around Italy tasting wines. Julie is shocked and immediately suspicious. She pulls out her phone and demands that he leave. He shows her his reservation, proving that he has every right to be there, just like her. He booked on HomeAway and she booked on a fictional site that looks like TripAdvisor (I'm guessing they didn't want to buy the rights for Airbnb). Oh, and there's no finding a different place, there's also a conference in town.

Now there is a whole movie's worth of shenanigans and painfully bad writing and acting, but we somehow land exactly where Tess and Keith do in their rental house in Detroit. Julie and Charlie sharing a bottle of wine in the evening, Julie sharing about her ex-boyfriend, and Charlie falling for her.

So, flash forward to me in the theater watching Barbarian and wondering, since when did these vacation rental stories become so popular that two have premiered in the span of a couple weeks from each other? It was funny to me that such a basic concept could take such divergent paths. One down to a silly romp in Italy with zero stakes or consequences, and the other down (literally) a basement in Detroit where there are only stakes and consequences.

The concept of forced proximity in fiction has always inspired stories. People gathered together in a space who are unfamiliar with each other or have a poor relationship with each other, it's bound to cause sparks and sometimes explosions. But this is not the first concept to be used by different genres, and horror and romance actually have a close link to one another. The classic Gothic horror often implements romance, albeit a dark romance, alongside feelings of dread and foreboding. Movies about vampire and witches often dabble in both horror and romance, especially in recent memory. Frankenstein has his bride. Dracula has his brides. Even Brundlefly (Jeff Goldblum) has Ronnie (Geena Davis). Warm Bodies showed us that even zombies can yearn to find a connection with someone (other than by eating their brain). And what about Edith Cushing's (Mia Wasikowska) marriage and romance with the mysterious Thomas Sharpe (Tom Hiddleston) in Crimson Peak? The list goes on and on.

Barbarian and Love in the Villa reminded me just how linked these two genres could be. Often times comedy and horror are recognized as bedfellows, and while that's certainly true, there is an element of dark romance that has always been attracted to the horrific. Whether that fully dives into the horror genre is another story, but the two have tangoed before and produced amazing results.

All this is to say that, had Barbarian decided to take a different path, and perhaps lean more into the romance between Keith and Tess, they wouldn't be setting precedent, they'd be following in the path of some of the greats. Of course, that didn't happen. And if you've seen Barbarianyou know that I've only revealed the very tip of the iceberg when it comes to this story that definitely doesn't follow any rules. Still, a girl can hope that in one universe, Keith and Tess turned right around and immediately left that Airbnb and went on their merry way to a less abandoned part of Detroit. Maybe they even managed to summer in Verona for a vacation later that year — hey, I know a great spot they can stay!