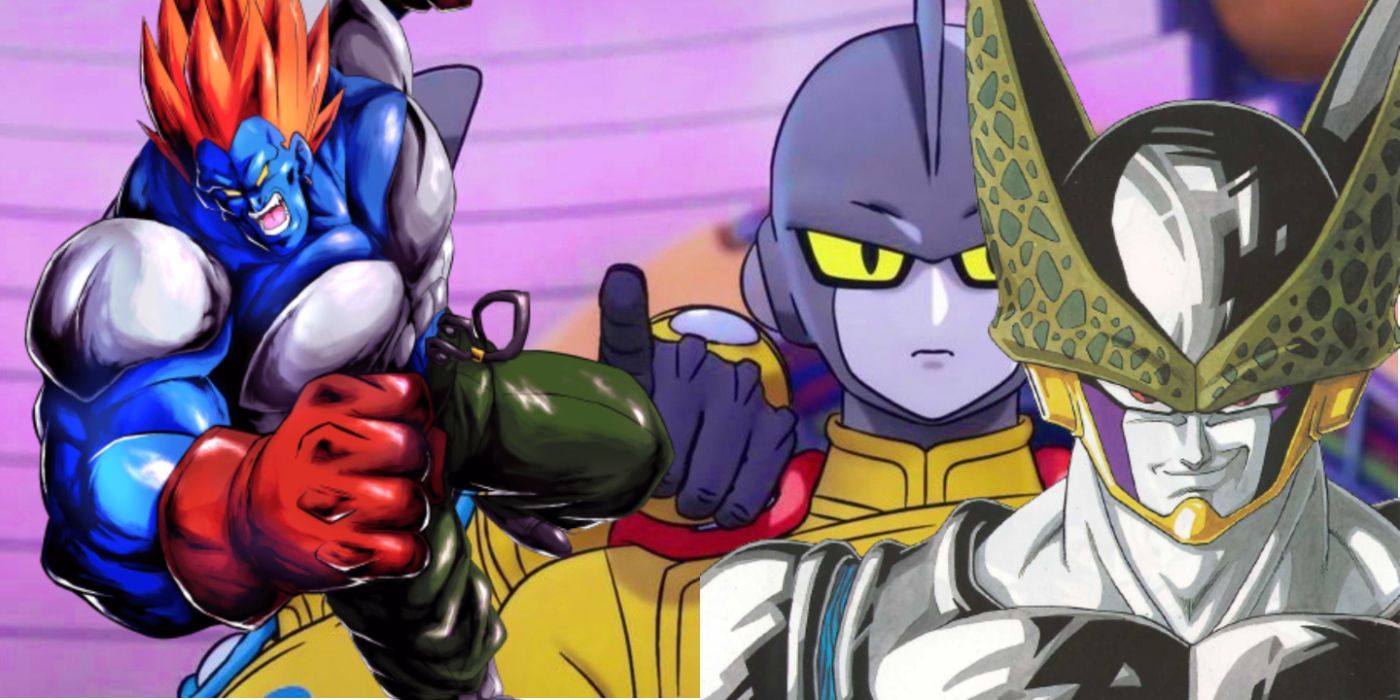 In this film, fans see the return of the Red Ribbon Army. And with this army comes the creation of new androids. Fans already adore Gamma 1 and Gamma 2, superhero androids that seek to save and protect. However, these are only the lastest in a long line of powerful Androids in the Dragon Ball franchise.

Android 16 was one of the strongest creations of Dr. Gero. He was entirely built from scratch and was made to resemble Dr. Gero's son, Gevo.

Due to Gevo's rash and aggressive personality that got him killed, Gero made 16 to be quite the opposite. This spawned an android that didn't wish to harm others and loved the nature of Earth. He even put aside his mission to kill Goku, recognizing that Cell was too great of a threat to Earth. Despite being a machine, he was very human.

Android 13 was a destroyed android in the canon; however, he exists in the Dragon Ball Z film Super Android 13 where he serves as the main antagonist and one of the strongest Dragon Ball movie villains.

He and his other fellow androids, 14 and 15, were finished by Dr. Gero's computer. While in his normal form he was a match for Super Saiyan Goku, he quickly surpassed him thanks to fusing parts of 14 and 15 into himself. It took Goku combining his Spirit Bomb with his Super Saiyan powers to defeat 13.

Cell is without a doubt one of Dragon Ball Z‘s best villains. He aimed at becoming the perfect being both in body and mind. Cell is best known for possessing the skills and abilities of many characters that have appeared throughout Dragon Ball Z.

He was comprised of all of their cells to make a perfect warrior to defeat them. However, he also inherited much of their weaknesses as well – something that led to his downfall at the hands of Gohan.

Android 21 first originated in the video game Dragon Ball FighterZ and is without a doubt one of the most powerful female characters in Dragon Ball. She was created in much of the same way Cell was via the cells of the strongest fighters seen throughout the franchise.

Due to her being a DBZ-era character, however, she likely isn't stronger than many of the characters that appear in Dragon Ball Super. Regardless, she proves to be one of, if not the strongest character in the game.

Thanks to her training and modified body that allows her to get stronger more easily, she quickly rose near the level of Super Saiyan Blue. Like her husband, Krillin, and her brother, Android 17, she fought in the Tournament of Power alongside the other members of Team Universe 7.

Android 17 was one of the strongest characters during the Cell Saga, surpassing even his twin sister, 18. However, he was surpassed in strength by several characters as the series went on.

Agnilasa was the resulting fusion of members of Team Universe 3, the ultimate android. Without a doubt, Agnilasa proved to be one of the toughest opponents Universe 7 had faced thus far.

Individually, Agnilasa at the time was stronger than any of them. However, with the combined might of Goku, Vegeta, Gohan, 17, and Frieza, they were able to overwhelm and defeat him. He and Jiren are the only opponents in the Tournament that Universe 7 needed to group up against to defeat.

Gamma 2 is one of the strongest characters in Super Heroand he proves this by defeating Piccolo rather easily. Even after Piccolo gains the transformation of Potential Unleashed, Gamma 2 grows even stronger and is able to overcome him.

However, this does change after Piccolo awakens his Orange transformation. While Gamma 2 does appear to be slightly weaker than Gamma 1, he displays more overall power as he charges down upon Cell Max and sacrifices himself to try and defeat him.

Gamma 1 is the other superhero android in Dragon Ball Super: Super Hero. Unlike Gamma 2 who has a carefree and joyful attitude, Gamma 1 possesses a more serious personality. Like Gamma 2, he is incredibly powerful and proved strong enough to take on Gohan.

However, once Gohan reawakened his Potential Unleashed, Gamma 1 began to fall behind in strength. Due to his ability to grow stronger in battle though, this would have been a close fight had it continued.

Cell Max is the final antagonist in Dragon Ball Super: Super Hero and is an android created by Dr. Hedo comprised of the different cells of powerful warriors.

Dr. Hedo has no interest in this project and only creates him due to Magenta giving him the funds to make superhero androids. However, Cell Max gets released and wreaks havoc. He nearly wipes out Earth and its defenders but is defeated by a Special Beam Cannon from Gohan.

The Simpsons Wants Your Creepy Krusty the Clown Art