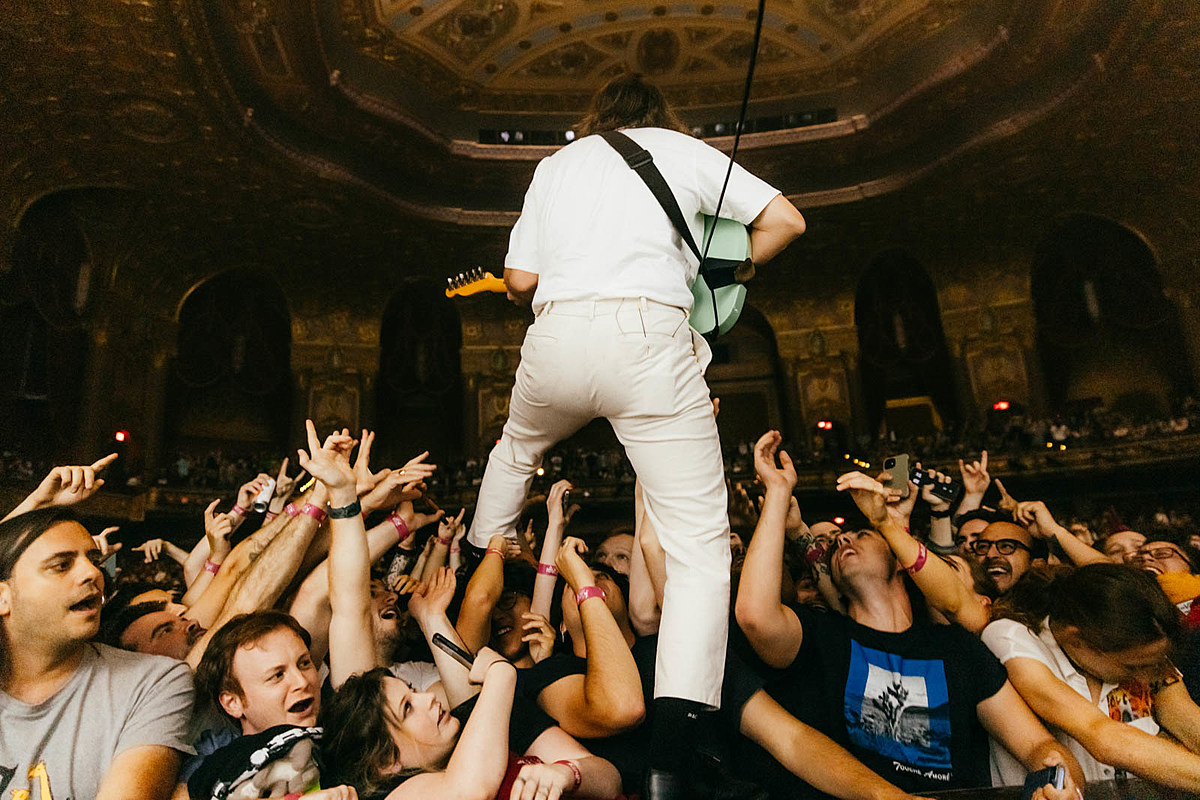 Having already toured here around Coachella in the spring (and back for Lollapalooza this summer), IDLES are currently on their third visit to North America this year (and fourth time in a less than 12 months), and hit Brooklyn on Thursday night for a show at the gorgeous Kings Theatre with experimental rappers Injury Reserve opening. Photos by Ester Segretto are in this post.

Though Kings Theatre is a fancy venue, that didn't make this show any more polite, with the audience going wild the whole time. Early in the show, frontman Joe Talbot got the crowd to part down the middle as guitarist Lee Kiernan climbed into the crowd while still playing. Speaking of guitarists, this was the first show back for IDLES' other axe man, Mark Bowen, who had been off the road for paternity leave.

IDLES' setlist pulled from all their records, no surprise, and they peppered things with bursts of impromptu covers, like Peaches & Herb's “Reunited.” Check out the setlist and more photos by Ester Segretto below.