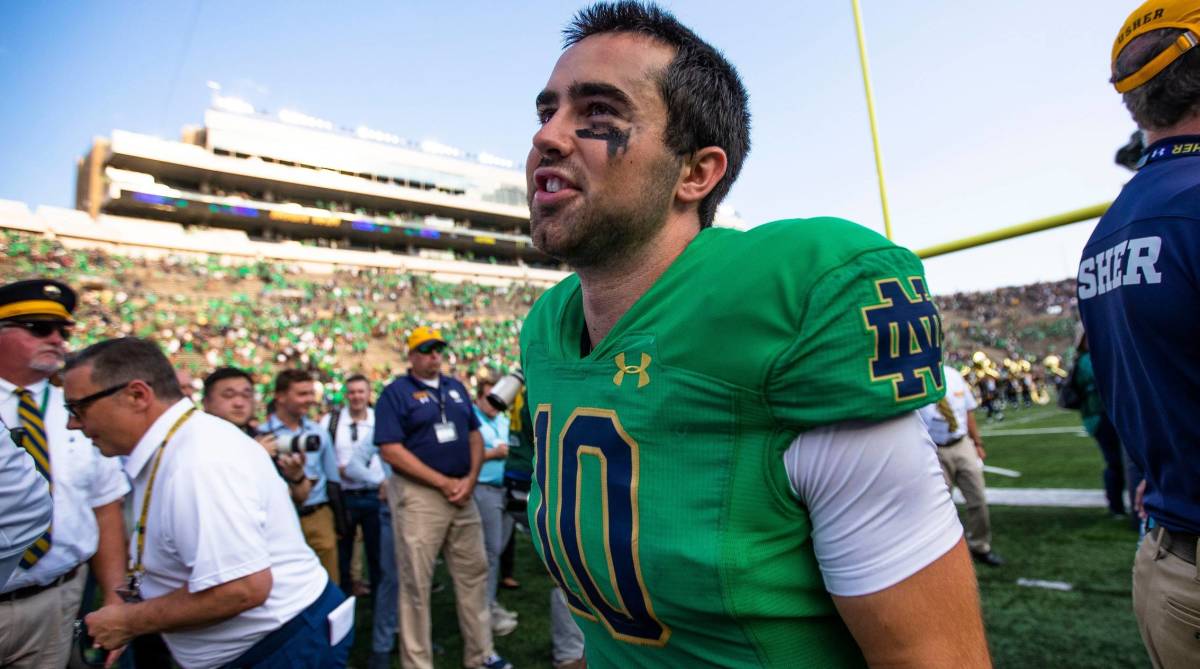 Making his first start of the season replacing the injured Tyler Buchner, Drew Pyne threw for 150 yards and two touchdowns to lead Our Lady to its first win of the season. But during the game, things got heated.

During Notre Dame’s victory over Cal on Saturday, a video went viral showing Fighting Irish offensive coordinator Tommy Rees screaming at quarterback Pyne over the phone for failing to execute on a play. However, Pyne said he is more than okay with Rees being tough on him this season, and he has no issue with the interaction.

“I saw that video. Coach Rees, I texted him this Sunday and said I want you to be very hard on me,” Pyne said after the game, via Matt Fortuna of The Athletic. “That’s the standard he holds me to and that’s what I asked for, and I respond well to hard coaching.”

It has been intense in South Bend recently, as the Fighting Irish entered Saturday with an 0-2 record to begin the Marcus Freeman era. In a competitive game vs. Cal, where Notre Dame was down three points at halftime, the Fighting Irish rode a 10-0 fourth quarter to come away victorious.