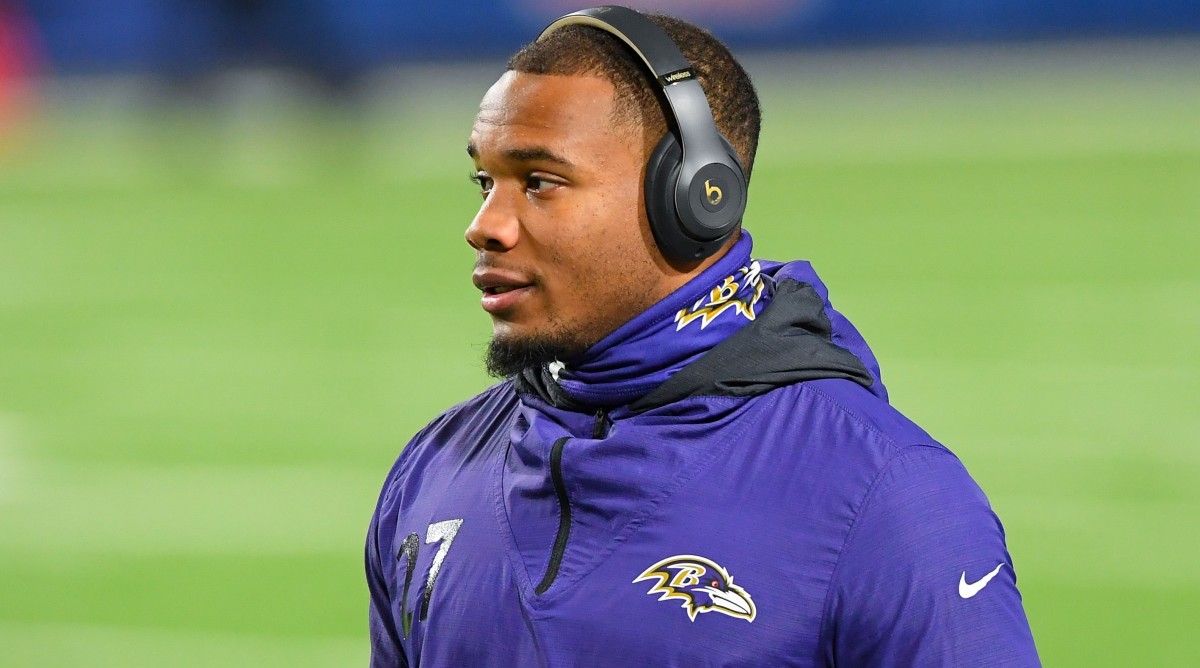 Ravens running back JK Dobbins will have to wait another week to make his return to action after the team decided to keep him out of Sunday’s game against the Dolphins, according to ESPN’s Adam Schefter.

Baltimore will exercise caution once again, per Schefter, as Dobbins continues to recover from a season-ending ACL tear last August. At one point, there was optimism within the organization about the 2020 second-round draft pick returning for the start of the year, but the Ravens continue to show that they don’t plan to rush him back to the field before he’s ready.

Dobbins himself pushed back against a preseason report from NFL Network’s Ian Rapoport that suggested the third-year he might not be ready for Week 1. However, when the Ravens took the field against the Jets last weekend, the 23-year-old was not available to play.

During his rookie season in 2020, Dobbins rushed for 805 yards and nine touchdowns while also hauling in 18 receptions for 120 yards. He only started in one of his 15 games during his first year out of Ohio State but was well-positioned to be the starting tailback for Baltimore this season.

Without Dobbins available in Week 2, Kenyan Drake and Mike Davis stand to handle most of the running back responsibilities for the Ravens. Drake led the team with 11 carries and 31 rushing yards in Week 1, with quarterback Lamar Jackson ranking second in each category.

Kickoff between the Ravens and the Dolphins is scheduled for 1 p.m. ET on Sunday.