Resident Evil Games That Still Deserve A Remake More Than RE4 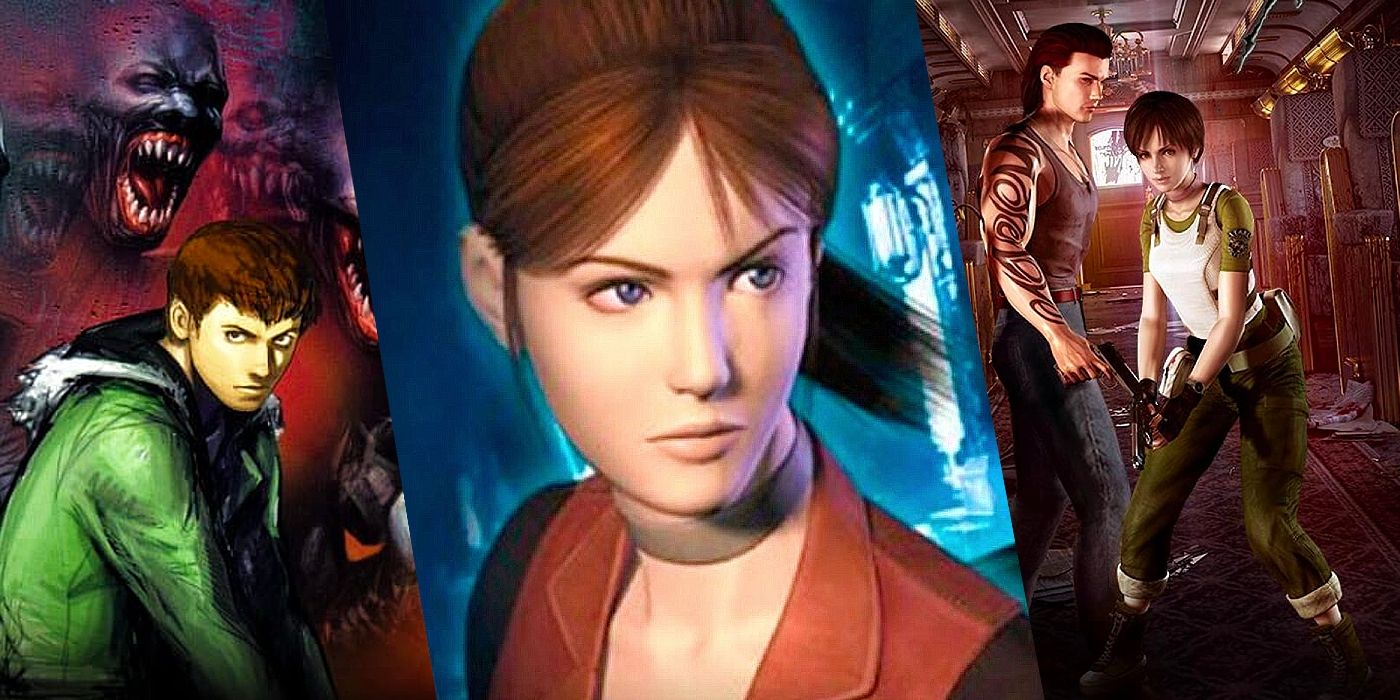 While the upcoming Resident Evil 4 Remake is exciting, plenty of other Resident Evil games deserve the remake treatment instead. The franchise has a long history spanning multiple games, and there are a couple that would benefit significantly from some gameplay modernization and graphical improvements. This is especially the case for the infrequently discussed entries in the series and other major ones as well, some of which are among the scariest games Resident Evil has to offer.

While some outdated Resident Evil decisions are still important, the new remakes stand apart from 2002's in several significant ways. While modernized third-person gameplay is the most major update in the games, the fine-tuning of storytelling and tone are just as crucial to the new Resident Evil remakes. The following games deserve to be remade with those considerations in mind. Doing so will not only introduce them to a new generation of fans, as the recent ones have done quite well, but will also serve to add more possibilities to Capcom’s remake line-up.

Resident Evil Survivor is an often overlooked game in the franchise, and understandably so. It wasn’t well reviewed upon launch in 2000. The game was relatively easy, which made for a very short runtime. It was also a notable departure from the series’ previous entries in that it featured a first-person camera instead of the fixed-camera perspective. Resident Evil 1 is also playable in first-person now, thanks to a fan remake. The new camera angle for Suvivor led to a poor translation of the assets and animations imported from the previous game, so it quickly looked outdated.

Despite all its shortcomings, Resident Evil Survivor had many things going for it, which give it some serious potential for a remake. The story was one of the most interesting points in its favor, especially with its branching narrative paths. The plot centers around a minor T-Virus outbreak that occurred after the Raccoon City incident on a remote island. The protagonist, Ark Thompson, crashes onto the island and loses his memory. He later remembers his identity as an agent sent by Leon Kennedy (now more mature in RE4‘s remake) to investigate an Umbrella facility on the island.

While the writing is about on par with video game stories of the era, it could use some touching up. Overall, the narrative still holds up and makes for excellent remake material. A Resident Evil Survivor remake could add depth to the branching story choices or give it a more defined narrative structure while better tying it into the subtly revised canon being established in the remakes. The gameplay would also be well-suited for a modern tune-up. It could better implement the first-person perspective, as it was utilized in Resident Evil 7 and Resident Evil Village. Or it could use the third-person gameplay style the recent remakes are using, which is also being added in Village‘s Shadows of Rose DLC.

Resident Evil 1 Would Be Great In Third-Person

The first Resident Evil launched in 1996 to massive success and birthed the survival-horror genre. Capcom released a remake of the game with scores of improvements in 2002, and it was later remastered in HD in 2015. The graphics were upgraded with all new 3D models and higher definition textures. Gameplay mechanics were re-balanced to improve the game’s flow and feel, such as adding defensive weapons. The puzzles were changed, adding a new challenge to fans of the classic, and the remake also expanded the story with a refined plot, re-recorded audio, and by including sub-plots that were cut from the original.

With all these additions, 2002’s Resident Evil was basically a new game, so it makes sense why Capcom decided instead to begin the new set of remakes with Resident Evil 2one of the best games in the series. However, the areas where it was most faithful to the classic set it apart from the more recent remakes, namely the tank controls and fixed camera. While the game is still great in its current state, it would be exciting to see updates to the gameplay in a remake more in line with what has recently been released. Exploring the Spencer Mansion with a tight, over-the-shoulder camera would be wonderfully horrifying. Even if it would be the second time its remade, the original Resident Evil deserves to be portrayed in the style of the new remakes.

RE Zero Remake Could Bring Back Rebecca Chambers

Resident Evil Zerowhich features lost characters the next game could bring back, was released in 2002 to high praise and has become a beloved entry in the franchise. It features a standalone story but is more than just a mere spin-off. It fleshed out the lore behind some of the series’ most influential characters, like Albert Wesker, and elaborated on the events that took place before the story of the first Resident Evil. The narrative follows Rebecca Chambers investigating reports of odd activity in the Arklay mountains. She forms an uneasy alliance with a convict, Billy Coen, and together they bring a stop to biological experiments gone awry in an Umbrella facility.

It’s a curiosity and a shame Capcom has yet to remake Resident Evil Zero, given its solid reputation. However, with Rebecca Chambers’ addition to Dead By Daylightthere has never been a better time to revisit the story. The game’s atmosphere is already creepy and well-done, so a remake with a refined focus on survival horror and improved storytelling would make a great game even better. As with the other remakes, this could be amplified by updated gameplay, shifting from the fixed camera to the third-person perspective.

Claire Redfield Would Shine In A Code: Veronica Remake

When it was released in 2000, Resident Evil – Code: Veronica was hailed as the best game in the series. This was due, in large part, to the outstanding graphical improvements it sported. The story was also praised, and Claire Redfield’s protagonist status played a significant role in its success. The game is a direct sequel to Resident Evil 2 and features Claire and her brother Chris taking down Wesker, who could return in Resident Evil 9and a secret Umbrella facility.

Code: Veronica is one of the greatest Resident Evil games yet, and it deserves to be remade for a modern gaming experience. Improved gameplay alone would make a remake for this game so much more engaging. Still, another pass at the story could present a more compelling character arc for Claire Redfield and expand her potential to return in Resident Evil 9 or future releases. After surviving the Raccoon City outbreak, a more combat-experienced Claire could be reflected well in the more advanced move-set given to Jill Valentine in the Resident Evil 3 remake.

There is a treasure trove of Resident Evil games ripe with remake potential that Capcom is seemingly leaving on the table. Electing to remake Resident Evil 4notably absent from TGS 2022, before touching these games seems to imply that they don’t intend to remake them, as they take place before the events of Leon’s adventure in Spain. It will be a huge disappointment if this proves to be true because, in many ways, these games are more deserving of a remake.