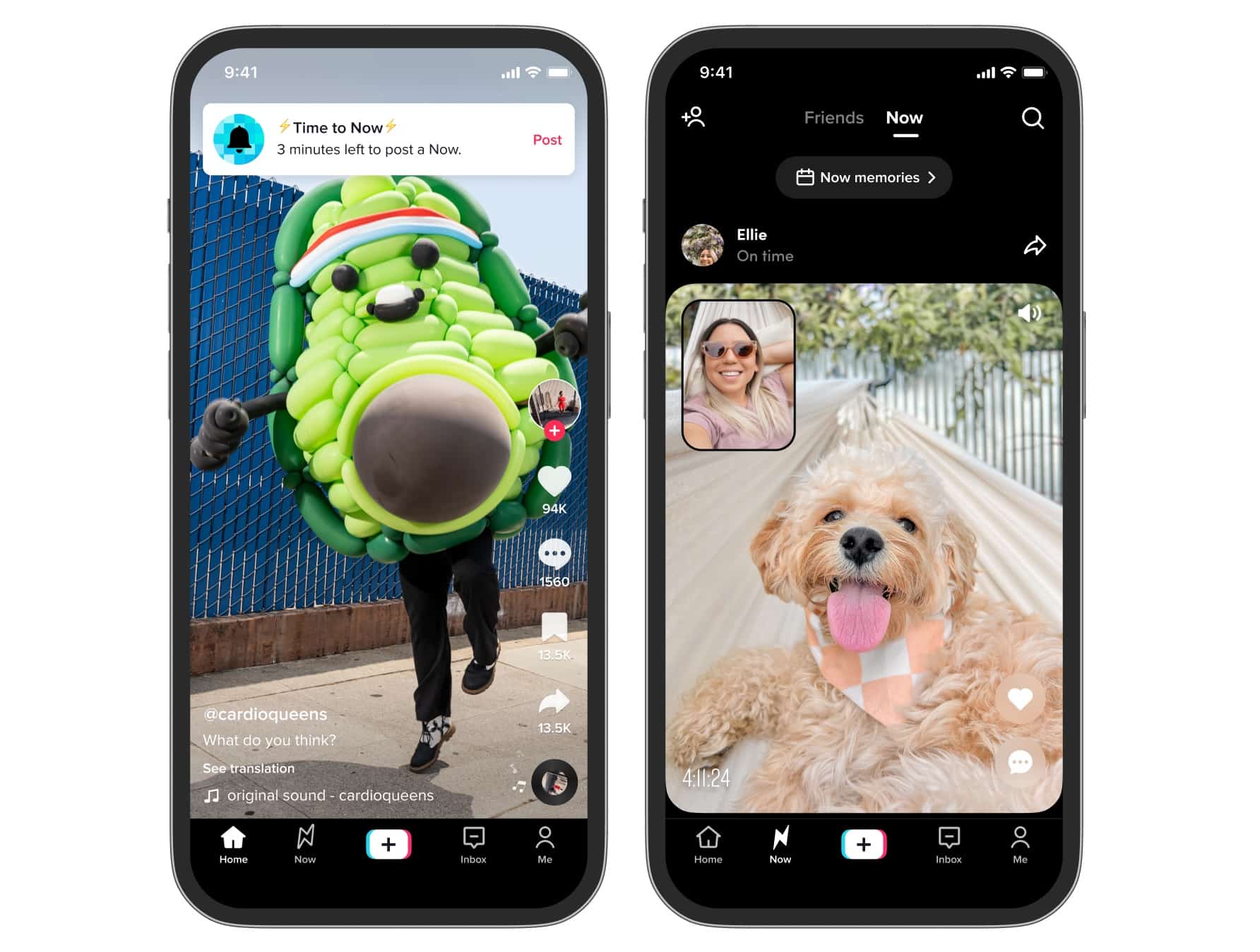 TikTok has launched a new feature called Now. It invites users to share photos and videos of what they are doing at the moment. Users will receive a notification at a random time every day prompting them to post a photo or a 10-second video within a stipulated time using their phone’s front and back cameras. The time limit is to ensure that users show their true selves and not fake anything, a practice very common in the social media world.

If all this sounds familiar to you, that’s because this is a concept recently popularized by the budding social media app BeReal. Perhaps BeReal does only this and nothing else. When users receive the notification, they only get to open the camera app and capture a photo or video using the phone’s front and back cameras. There aren’t any filters or effects to apply. You capture an authentic shot within two minutes of receiving the notification and share it with your friends. TikTok Now does the exact same thing. Screenshots shared by the company suggest users will have three minutes to post a Now.

TikTok Now is still in the experimental stage, though. The feature is available within the main TikTok app in the US. It gets a dedicated tab in the bottom navigation bar, next to the Home tab. In other markets, the company is exploring the idea of launching Now as a separate app.

In the social media space, copying features and ideas from rivals aren’t new. Instagram copied Snapchat’s Stories, Instagram Reels and YouTube Shorts are TikTok clones, and Twitter Spaces is a copy of Clubhouse. There are many examples of companies drawing inspiration, or at times blatantly copying their rivals, often pushing up-and-coming platforms to the brink of extinction even before they could flourish. BeReal could be the latest name on the receiving end of this practice.

Launched in 2020, BeReal has been making a name in this new social media niche where users are encouraged to share photos of their true selves with no editing, effect, or filter. But even before it could be a global phenomenon, established firms have already made a clone. TikTok has launched Now, while Instagram is readying Candid Challenges. Perhaps TikTok beating Instagram to the punch is a bit surprising. We will let you know when the latter debuts Candid Challenges.