What Is a Palantir from The Rings of Power? 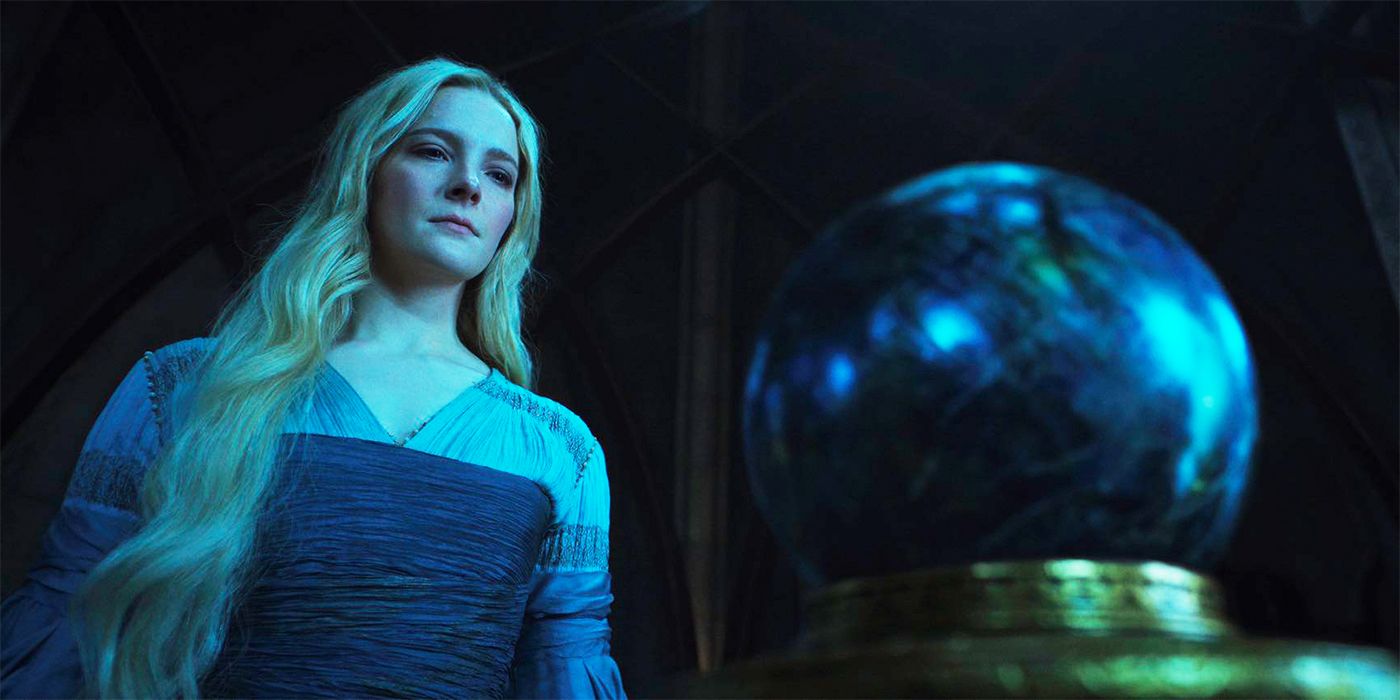 Editor's Note: The following article contains spoilers for Episodes 1-4 in The Rings of Power.Prime Video’s long-awaited series Lord of The Rings: The Rings of Powerthe latest project to borrow from J.R.R Tolkien’s well-loved Middle-earth, has taken the audience by storm. With well-executed references to canonical events, along with quite a number of backstories for events Tolkien’s ardent fans may be well-versed in, the series almost stands as an unofficial prequel of sorts.

The show’s latest episode, “The Great Wave”, shines light on Queen Regent Miriel (Cynthia Addai-Robinson) and her father Tar-Palantir’s knowledge of the prophecy regarding the doom of Númenor. According to the Queen, the prophecy would be set in motion upon an elf’s arrival — a rather explicit hinting towards Galadriel (Morfydd Clark) — and the source of this futuristic bit of information is none other than — a palantir!

Ardent fans of Tolkiens’ works are no stranger to the spherical crystals called palantiri (plural for palantir), objects of great power holding the ability to let their master glimpse beyond their own realm of time. Translated to “far-sighted” in Quenya, —the language of the Elves — the palantiri have remained instrumental in aiding the events of The Lord of the Rings — and now that The Rings of Power has introduced its own spin on the unbreakable Seeing Stones, their hype has never been realer! With that being established, here is all that we know about the crystal balls.

What Is the Significance of the Palantiri in Middle-Earth?

Created by Tolkien as the Seven Stones, to go with the well-known Seven Stars symbol commonly believed by the Elves as a signal to the downfall of Morgoth, the palantiri allude to the genius of the great author, and his attention down to the minutest of details, in birthing the vast fantasy world spanning over millennia.

Canonically speaking, the indestructibly mighty palantiri are believed to be created by the Elves of Valinor during the First Age, and by the time the events of The Lord of The Rings start to roll around, somewhere during the Third Age, only a handful haven’t already fallen victim to time’s wear and tear— a fact that continues to stand in Peter Jackson’s film trilogy of the same name.

How Do Palantiri Work?

In Tolkien's writing, although a vast number of palantiri were created, the great Elendil, following the destruction of Númenor, carries only seven to Middle-earth — namely the Osgilath stone; the largest and chief among all; the Annuminas-stone, placed in a city of the same name; the Itnil-stone, later channeled by Sauron; the Orthanc stone, a cause for the wizard Saruman’s ultimate downfall; the Anor-stone, held by Denethor as he takes his own life; the Amon Sul-stone, unable to be lifted ‘by one man alone’; and finally the Elostirian stone, uniquely lacking in its ability to communicate with the other stones.

It is understood that a palantir harbors the dual ability to let one communicate with another wielder of the stone, as well as look back/glimpse ahead into time, but there’s quite an interesting bit of twist in the tale! The palantiri respond to their master’s power, and should their channelers be knowledgeable enough as to place the great object in the most favorable spots — the stones are not known to do well in darkness, for instance — they could potentially look into any part of the world!

Additionally, although the palantiri cannot technically ‘lie’ in terms of upcoming or previous events, those with corrupt intentions can quite easily use them to present half-truths by concealing the context and a deliberate chunk of the story; thus setting off chaotic events throughout the timeline. In fact, in several instances, deceptive or otherwise, the palantiri have indeed shaped Middle-earth into what it is today.

Related:How Accurate Is ‘The Rings of Power' From a Tolkien Book Fan Perspective?

The Palantiri Is Often Used for Evil

The antagonist Sauron, uses the palantiri to his own advantage on several occasions, influencing the visions they are showing others. The Dark Lord is well aware that some palantiri are lost, and puts that bit of knowledge to personal gain, warping the stones’ produced images to monitor and weaken his opposition. At one point, he is able to influence Saruman, instructing him to build an army “worthy of Mordor” once completely in control of the being. On a separate occasion, his altered visions to Denethor cause the latter to believe all is lost, thus leading the man to take his own life.

In The Two Towers, when Pippin, upon having had a taste of the power of the crystal, steals it from a sleeping Gandalf, his peeking into it sets off a plethora of wrongful assumptions and half-assessments by Sauron, looking through his own seeing stone. Knowing that the One Ring is in the hands of a hobbit, Sauron assumes the hobbit in question is none other than Pippin himself — and that he’s been captured by Saruman. The Ring, therefore, being as good as Sauron’s, who has been working alongside him.

Consequently, the instance of Aragorn looking into Saruman’s palantir has the peeking Sauron believe that the ranger has been defeated, with the ring and palantir stolen, when that could not have been farther from the truth, since the ring is being held by Frodo. The courageous Aragorn challenges Sauron in a battle of wills, rousing him by virtually presenting to him the Sword of Elendil, the sword that first defeated Sauron's physical form. Understandably not one to be up for such humiliation for a second time, Sauron goes after Aragorn, retrieving his forces from Mordor and allowing Frodo easy access, while unknowingly turning his back on a war he could easily have emerged victorious in. In many ways, then, his second defeat is relatively more humiliating.

Over time, the palantiri have proved to be a tool most helpful, if rather consequent, in their deceptiveness. But, what is most interesting is the fact that being one of the vital, almost to the point of being sacred, parts of Tolkien's lore, they have made their official entrance into The Rings of Powerwhich is sure to make any fan's mind run wild on what their further role will be in the series.