10 Actors With The Best Good-Movie Streak, According To Reddit 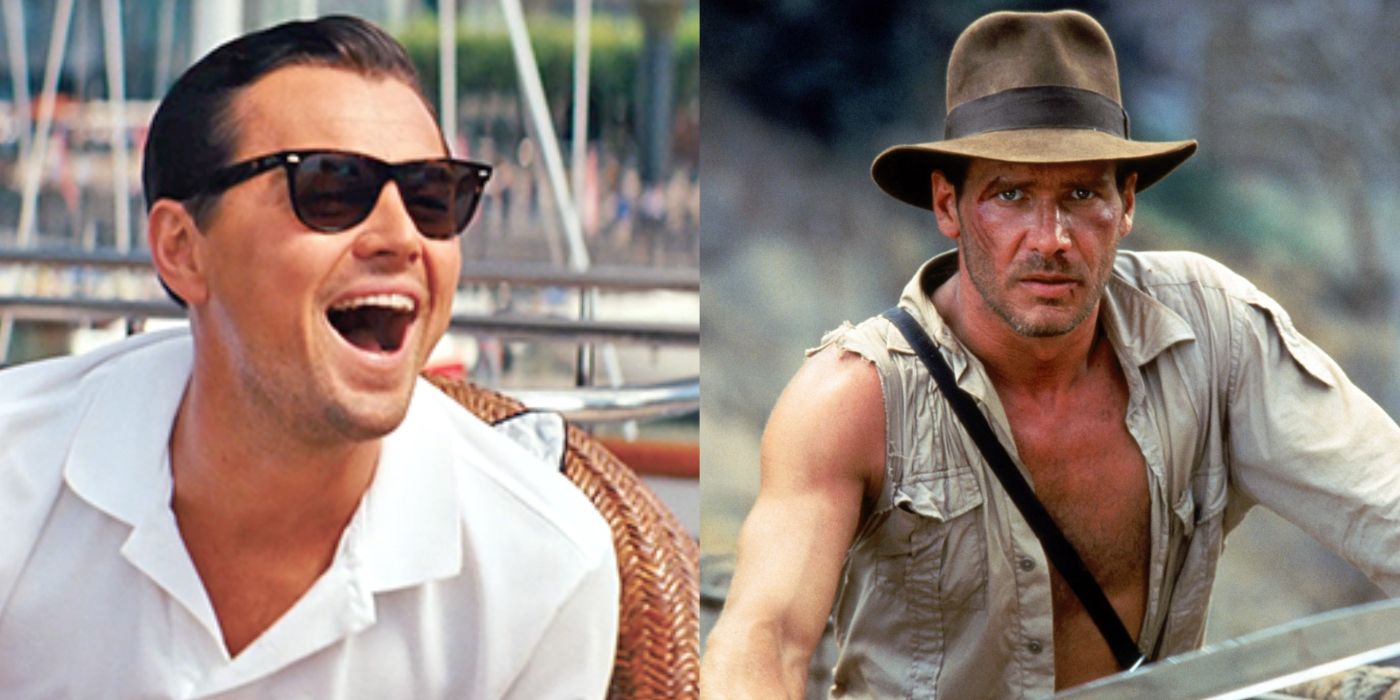 Among 2022’s standout movies is, Beasta survival thriller from Universal Pictures that extends Idris Elba's incredible streak over the last 3 years. All 6 movies that the British actor has starred in so far since 2020 have been certified fresh on Rotten Tomatoes.

Like Elba, dozens of other actors have been lucky enough to have amazing streaks of good movies and performances throughout the existence of Hollywood. But which of these streaks continues to awe fans to this day? According to Reddit, the form of certain actors during certain periods of their careers would be hard for others to replicate

The greatest male star of classic cinema (according to AFI), never had a bad day in the office. MrMagpie27 notes that “basically Humphrey Bogart's entire career” is made up of good movies.

Today, Borgat’s work might only be recognized by fans of classic cinema but he will forever remain a legend. He is not only one of the most prolific Hollywood actors of all time but also one of the most consistent in terms of quality as only one of the actor’s 75 feature-length films is certified rotten. The actor never boxed himself into one genre either, constantly jumping from thrillers to horror and action movies. Interestingly, Borgart only ever won one Oscar in his illustrious career.

ScorseseFan335 writes, “Leonardo DiCaprio has been on a pretty good streak for a while now.” Another Redditor adds that he hasn’t made a bad movie since he appeared in Gangs Of New York back in 2002.

DiCaprio’s career has been boosted by the fact that he is a go-to actor for many of the best Hollywood directors. Filmmakers like Martin Scorsese and Quentin Tarantino, who are known to consistently make good movies, have collaborated with him on the regular, hence giving him greater material to work with and all the tools needed to pull off a good performance. But he isn't just a good driver in supercars. Even in weaker movies, DiCaprio has still managed to be the glue that holds everything together.

Victory33 reminds everyone that the actor “appeared in only five feature films in his career, and all of them were nominated for Best Picture.” Cazale is best known for playing Fredo, one of the most hated members of the Corleone family, in The Godfather.

That no other actor has been able to match or top Cazale’s Best Picture streak shows just how impressive it is. While it’s unfortunate that his stint in Hollywood was so brief, it was all due to circumstances beyond his control. The actor was diagnosed with cancer in 1977 and succumbed to the disease a year later (via Independent).

Redditor kmdkid1 states that the actress had a “goddamn impressive one-year span” in 2011. In that year, Chastain appeared in a whopping 5 critically acclaimed movies.

What’s remarkable about this particular streak is that Chastain had only made two other movies before 2011. Despite being a newcomer, she would go on to give an acting masterclass and she has never looked back ever since. Though the quality of her movies has been inconsistent in recent years, her skills have remained unrivaled, and that’s evident from the fact that she is the most recent Best Actress winner at the Oscars.

MyConfusedFace declares that “Schwarzenegger's '84-94 action star stretch is untouchable.” A case could even be made for the former Governor as the very best among the greatest action stars of all time.

The major difference between Schwarzenegger and other action stars of the ‘80s and ‘90s is that most of his movies within this period are not only critically acclaimed but also box office hits. They aren’t the all-action-no-storyline flicks of Steven Seagal or Chuck Norris. There’s variety in his body of work. At the height of his career, Schwarzenneger experimented with action comedies and sci-fi, all yielding good results.

Redditor thedude831 thinks Hanks had a great run from Philadelphia to Catch Me If You Canwith Skipdr adding, “you can’t beat that.” The 6-time Oscar nominee has been consistent but the ‘90s and early 2000s were truly his best years.

The Redditor is correct to refer to this period as Hanks’ golden years since it’s also when he received 5 of his 6 Oscar nominations. Lately, Hank has moved into the veteran role: respected and acknowledged but not necessarily seen as a contender during awards season.

Ford’s ‘80s were arguably his best years. Regarding his filmography during this time tyton75 says it's “very hard to argue with that list.”

Ford is synonymous with longevity at this point since the actor has been making movies since 1966, yet his fame hasn’t dwindled even a little bit. But there’s no denying that the ‘80s were his golden years. During this period, Ford not only got to star in two of the biggest franchises but also portrayed two of the best movie characters in cinema history, Han Solo and Indian Jones.

Like DiCaprio, DeNiro has greatly benefited from having a good working relationship with talented directors. Three of the movies released during his best streak were made by Martin Scorsese while one was made by Francis Ford Coppola. And even though he has had some misses in the ‘80s, ‘90s, and 2000s, DeNiro has remained consistent enough to deserve the status of “legend.”

CosmicSpiral feels Phoenix was unstoppable from 2008 to 2015, adding, “The list would go back to Walk the Line (2005) if Reservation Road didn't exist.”

If not for a few other misses, the streak could stretch to 2022 since the actor has not only continued to be part of critically acclaimed movies but has also been a darling of the Academy of Motion Arts too. And with the complex roles of Napoleon Bonaparte and Joker still to come in 2023 and 2024, fans can expect more Oscar glory.

Galactic notes that Crowe from 1999 to 2007 is “another killing spree worth mentioning.” The streak starts with Gladiator and concludes with American Gangster.

Everything turned out well for Crowe during this period, from box office records to awards to critical reception. The actor’s recent appearance in the MCU proves his star power is still as strong as ever but fans will always recall when he had the world in his hands and rarely got anything wrong.

NEXT: 10 Great Actors Who Pick The Worst Movie Roles, According To Reddit

Nvidia RTX 3060 Begins its Reign as the Most Popular GPU

Marvel Horror Projects We Hope to See in the MCU