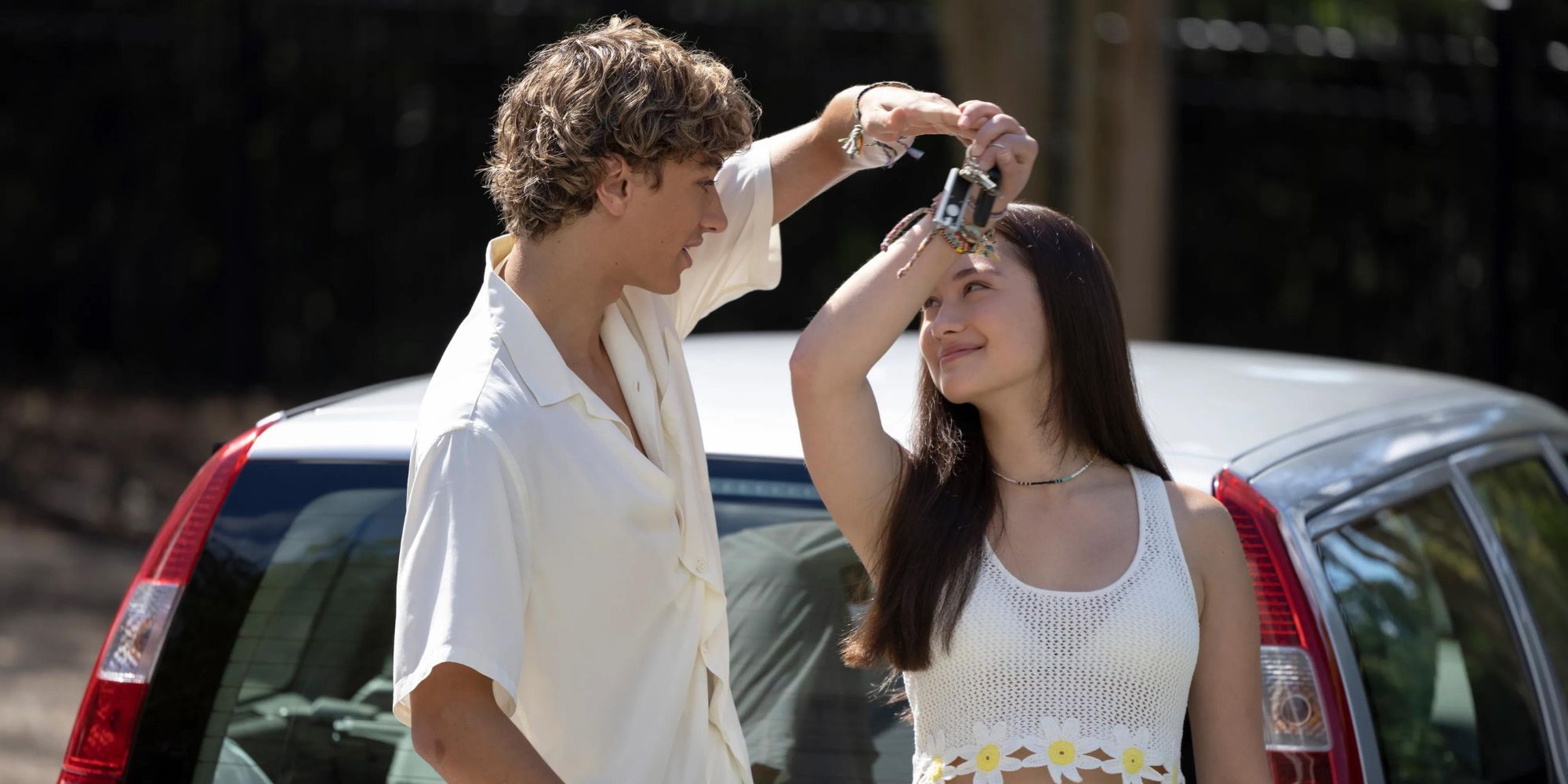 June 2022 saw the release of The Summer I Turned Prettya TV show adaptation of the Jenny Han series on Amazon Prime. The series gained such popularity that it rose to #1 on Prime within a few days. In fact, it was also renewed for a season 2 ahead of its premier release. But while the second season films, it can be tedious, going back to a standalone work now that you've had a taste of a series.

When a book ends, it's devastating to realize that the toe-curling romance is over and that you'll have to start all over again, which is precisely why romance book series are written. And while not all series may be a continuation of the first book, it's refreshing to see glimpses of our favorite ships in the following parts.

Sam Walsh, aka Dr. Love, runs a relationship advice column. While she started it in college, she continued to pursue it and is now on her way to writing a book. To keep Dr. Love's column interesting, sometimes her best friends, and her assistant Taylor, write fake stories for Sam. But even as they all promise to give Sam a love story each before she finally publishes her book, they don't know life is leading them up to their happily ever afters.

Filled with quirky characters, witty banter, and hilarious moments, Love Cliches by Emma St. Clair will make you feel whole. And while you're at it, don't forget to check the final epilogue of the last book, Falling For Your Enemyfor an epilogue that'll warm your hearts.

Do you like sports? Or romance? Or, better yet, both? Because if you do, you're in for a ride. The Off-Campus series follows four hockey teammates, who coincidentally are also roommates, as they navigate their last two years of college. These hockey players attend the fictional Ivy-League Briar College. Through this time, they experience the ups and downs of life and fall in and out of love. All four books are told from dual perspectives and are suitable for slightly older readers.

While the books can be read as standalone novels, reading them in the prescribed order makes the experience even more exhilarating.

‘After' by Anna Todd

If you haven't heard of Afterit might be better to watch the movies. However, if you know quite a bit about Aftermaybe you're ready to go down the rabbit hole of its book series and even the internet trap to Wattpad. After follows Tessa Young, a recent high school graduate, whose encounter with complex rebel Hardin Scott is about to turn her life upside down.

Anna Todd started writing After as a One Direction fanfic, where Tessa falls for a punk Harry Styles. In 2014, the book reached over a billion reads and became a five-book series that is now a major motion picture.

A few of Christina Lauren‘s most underrated books, the Beautiful Bastard series, traverses a group of young men and women trying to find their beautiful other through twists and turns and the occasional stupid blunder that leaves their relationship hanging by a thread. The series is an oxymoron, and the title does justice to that.

The series is hot and aggravating, making you weak in the knees one minute and forcing you to throw your book across the room the other. However, while the book falls in the contemporary erotica genre, it can be a fun read for a romance reader.

‘The Friend Zone' by Abby Jimenez

Who doesn't love a rom-com that makes you tumble with laughter? And it only gets better if one of the main characters is a pawsome pal. Abby Jimenez brings precisely that to all her readers in the form of The Friend Zone series. In her debut, Jimenez tackles issues that are otherwise hard to discuss. While sometimes the books steer off romance and into social discussion territories, they're wholesome enough to have you laughing one second and grabbing tissues the other.

RELATED: Best Enemies To Lovers Books To Read Right Now, According To Reddit

A beautiful tale of learning to accept the love you deserve and finding a path to self-acceptance, The Friend Zone will make you swoon.

Everyone loves a grumpy alpha male who's only soft for you. But no one talks about what happens after the final chapter. The epilogue gives you one happy scene to swoon, but what about the rest? Do they live fight-free for the rest of their lives? A bland way to live from where I stand. But this series solves the problem.

The Bromance Book Club series follows four alpha males from Nashville who are determined to save their relationships with their wives, accepting a part in a hilarious and outrageous plan: reading romance books to figure out what women want.

‘The Kiss Quotient' by Helen Hoang

Do you ever love an author for how badass they are at pursuing topics society otherwise ignores? If so, this entry is for you. Helen Hoang brings the topic of autism and its repercussions on patients and their families in the form of three excellent romantic comedies in The Kiss Quotient series.

The series follows three autistic people in different scenarios as they find love in the most unexpected places. The books showcase women in STEM and revolve around men of the Phan family, as they learn to fall in love, even though they think they don't deserve it.

What's better than love and food? Both of them! And the Love & Gelato series by Jenna Evans Welch mixes them in such a perfect proportion it's impossible to resist. Love & Gelato follows three girls as they travel new cities on different quests and end up falling in love with their soulmates AND the food.

Welch poses the books in delectable settings (pun intended) while discovering incredible vultures that will want you yearning to fall in love. As the title suggests, Love & Gelato is a perfectly sweet summer treat.

Regardless of how we behave with those around us, we all possess a carnal, primitive part of ourselves that wants something we can't have. Something that's out of our league, even forbidden. And while it may not be wise to pursue those things, it is exhilarating to live the fantasy through Ana Huang‘s Twisted series.

Following four friends, Ava, Bridget, Jules, and Stella, Twisted is a series of books about alpha men who will do anything to have the women they love. And did I mention that two of them are billionaires? Better yet, all the men are morally grey, so there's no fantasy untouched.

Avery Grambs has a plan for everything. Finish high school, get a scholarship, buy a one-way ticket, and never return. But all her dreams are flushed down the drain when billionaire Tobias Hawthorne dies, and she inherits his fortune. The catch: she doesn't even know who he is. When he moves into his mansion, she realizes this mystery won't be easy to solve when his grandsons, Jameson and Grayson, who were supposed to inherit the billions, plan to take her down.

The last part of The Inheritance Games, The Final Gambitwas released on August 30, 2022, and is receiving stellar reviews.

KEEP READING: Best Books To Read Before Watching Their Adaptations