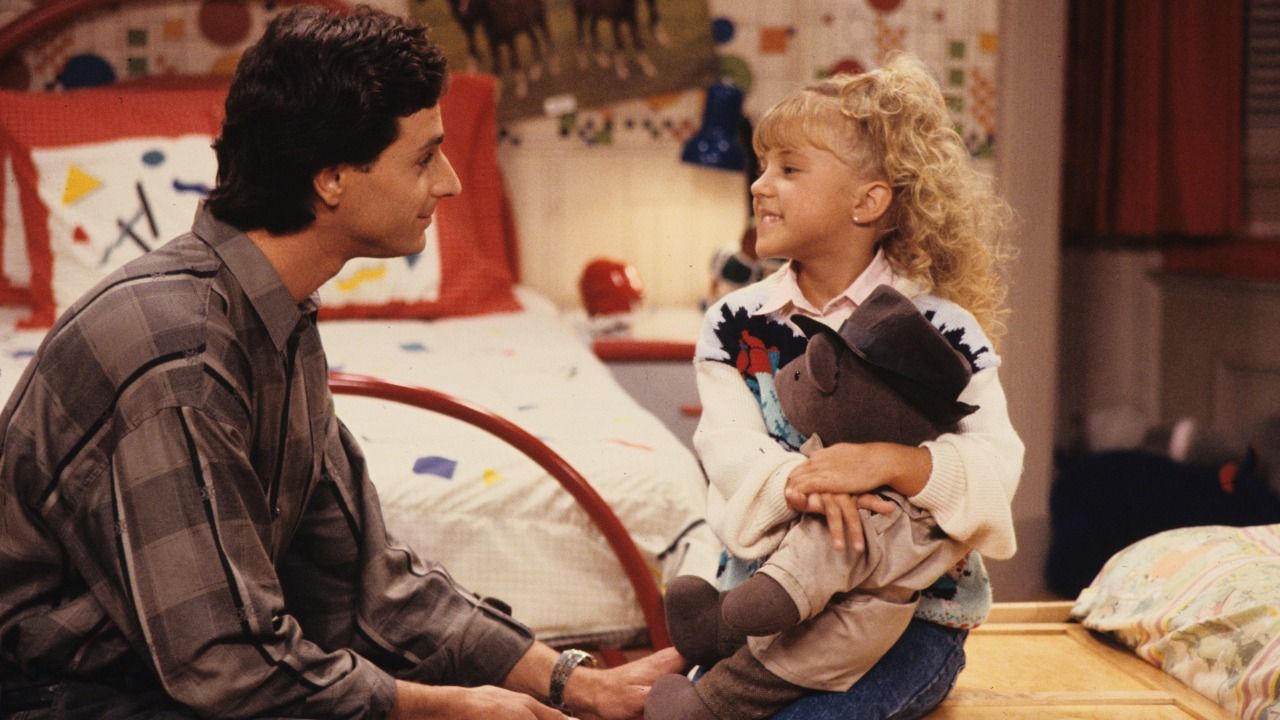 Perhaps late actor Bob Saget could not be there in person for his TV daughter's recent wedding, but John Stamos felt that his longtime friend and Full House co-star was there in spirit. Because the cast of the classic sitcom has stayed very close throughout the years, Saget would have certainly been there to see Jodie Sweetin tie the knot in July. Sadly, that wasn't possible as Saget passed away in January at the age of 65.

In a new interview with Entertainment TonightStamos shared a story about how Saget made an appearance, in a way, at the wedding. The actor says he was running behind when it came time to leave for the wedding, and the shirt he had on was too tight. Just before leaving, he ran in and quickly grabbed a black shirt from his closet before heading out. It wasn't until he noticed that the shirt was fitting pretty loosely that he realized it was Saget's shirt, given to him by Saget's widow along with some of the actor's belongings.

“I'm driving, and it feels big, and when I get there, I looked, and I realized – because Kelly, Bob's wife, gave us a bunch of stuff – and it was Bob's shirt. My hand to God. And, I started crying when I realized this. I said, ‘Jodie, Bob is here.'”

Related: These Are Bob Saget’s Best Moments on Full House

Bob Saget Is Deeply Missed By His Full House Family

Even before and after Fuller House spanned for five seasons on Netflix, the Full House cast had gotten together on frequent occasions. Stamos also touched on that special relationship with the cast, noting how this is not the norm compared to what happens with most other television shows when they end. He swings back to Saget, noting how it was Bob who had always put in great efforts to get everyone together, making him all the more missed on any special occasion that comes up nowadays.

“Most shows, they're done and they hate each other. It was a special thing. As the years have gone by, and the show's meant more to people, we get together more. We support each other. We've been through a lot together. We've always been there for each other. That started with Bob too, and that's why we all miss him so much, because he was such a large part of our lives.”

Stamos participated in a tribute special for Saget that premiered on Netflix over the summer as a way of saying goodbye to his longtime friend. He's no longer with us physically, but for Stamos, he believes that Saget is still popping up now and then to say hello.