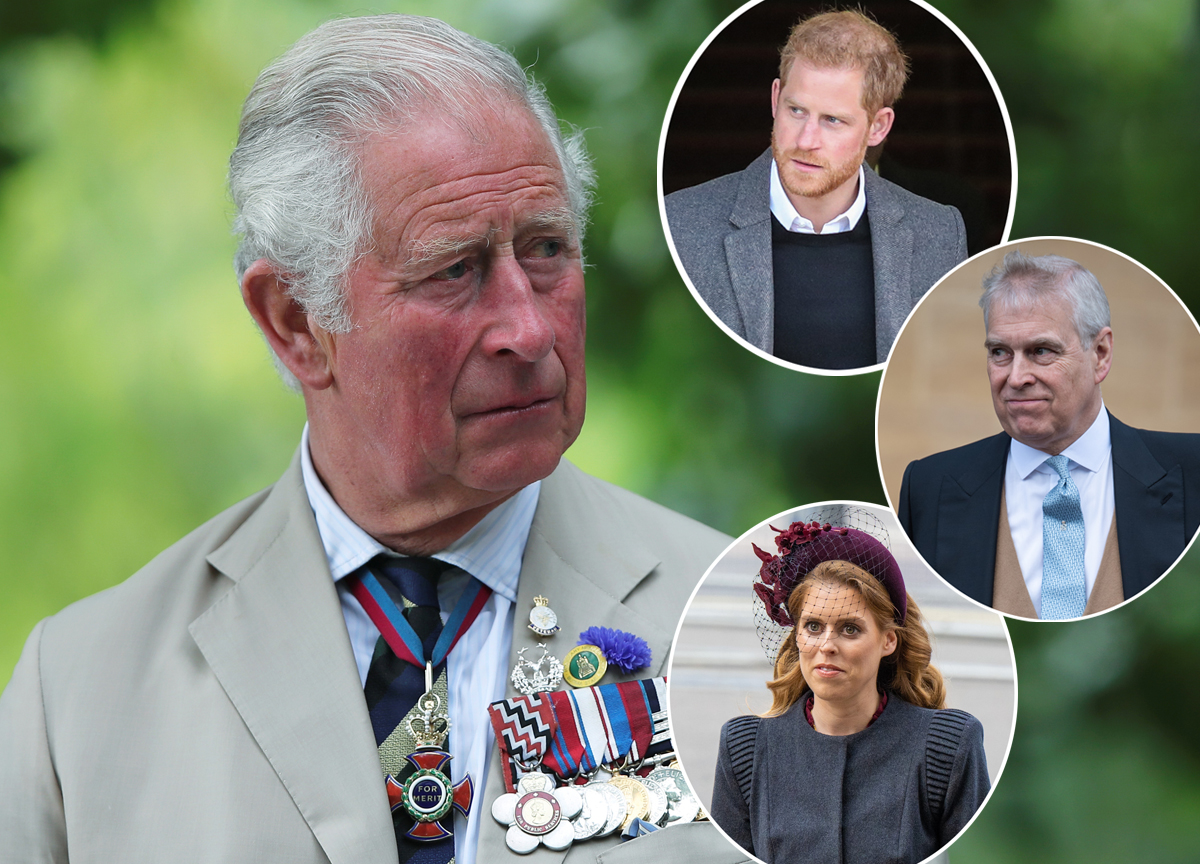 King Charles III is ready to do a major shakeup within the royal family!

According to The Telegraphas one of his first major acts as the new monarch, the 73-year-old plans to amend the law on who can stand in for him if he is ever unable to carry out official duties due to falling ill or traveling abroad. He specifically wants to remove non-working royals such as Prince Harry, Prince Andrewand Princess Beatrice from the list. A source said on Saturday:

“The move would see the Duke of York, the Duke of Sussex and Princess Beatrice all relieved of their duties as official stand-ins for the sovereign, should he be indisposed.”

Basically, under the current rules, the three could be called on as Counsellors of State to help out if King Charles is ever incapacitated. This is because the 1937 Regency Act includes the counsellors of the state as the sovereign’s spouse and the next four adults in line for the throne. But apparently, the outlet reported that the palace has been facing pressure to remove Harry, Beatrice, and Andrew from their roles since they no longer are working family members:

“It is believed that the King recognises the incongruity of having a trio of non-working Royals able to step into his shoes if he is abroad or incapacitated.”

While Counsellors of State are rarely called up, it has happened in the past. During Queen Elizabeth II’s reign, those roles were taken by King Charles, Prince Andrew, Prince Harry, and Prince William. Her husband Prince Philip also acted as a counsellor of the state before his death in 2021. But now, King Charles reportedly plans to have the “law changed as soon as he can” and potentially will have Princess Anne and Prince Edward take their place instead. Of course, any alterations to the law will have to be enacted by the Houses of Parliament first. So we’ll have to see what happens!

This is just the latest blow for Prince Harry over the past couple of days. As we previously reported, the Duke of Sussex and Meghan Markle were “uninvited” from a pre-funeral reception for world leaders and members of the royal family at Buckingham Palace on Sunday night. While they originally received an invite to the event earlier this week, it apparently was only meant for working members of the royal family – but Meghan and Harry reportedly were not even told about being removed from the guest list until the press dropped the reports. Yikes!!!

Then, to make matters worse, the 38-year-old was stripped of the Queen’s initials “ER” from his military uniform during the silent 15-minute service at Westminster Hall on Saturday. As The Sunday TimesHarry felt the decision to remove his grandmother’s initials felt “very intentional” amid the family feud.

So much for putting their issues aside! Reactions to the latest, Perezcious readers?