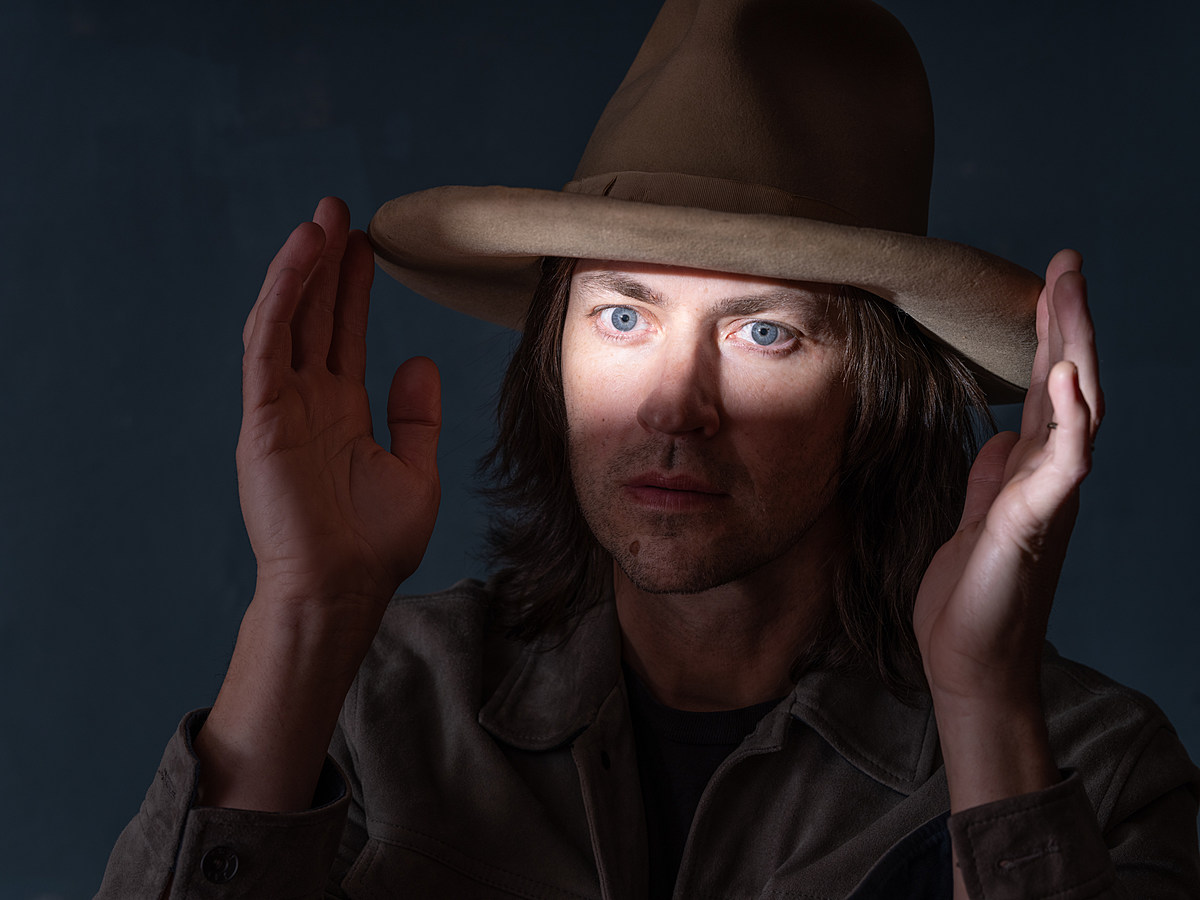 Rhett Miller came up through the '90s alt-country scene, but his new album, The Misfit, comes from a decidedly different place. Working with producer Sam Cohen, they had no boundaries for how the songs should sound, and the result is a record that embraces synthesizers and pulls influences from new wave / post-punk, prog, (lots of) Petty and more. Listen to it below.

We asked Rhett to tell us more about the specific influences behind the album, including all manner of Tom Petty, Eno/Bowie, Belle & Sebastian, books, places and more. Read his annotated list below.

Rhett is also currently on tour; check out all dates below.

RHETT MILLER – 10 INFLUENCES BEHIND ‘THE MISFIT'

David Bowie/Brian Eno – The Berlin Trilogy (Low/Heroes/Lodger)
When we conceptualized the sessions that would result in The Misfitproducer/co-writer Sam Cohen and I used the Bowie/Eno model as the blueprint for our collaboration. That kind of deep-dive mind-meld was something I’d never done before and it made for an intense and intensely rewarding experience.

“Don't Come Around Here No More” – Tom Petty and the Heartbreakers
The Tom Petty/Dave Stewart dynamic was another good reference for Sam and I as we envisioned our collaboration. This song in particular represents the way two musical approaches can come together to make something unexpected and beautiful. Ironically, when I was a kid and this song came out I hated it. Here’s hoping my fans are more open-minded than 14-year-old me.

“Cheree” – Suicide
I didn’t know much about the band Suicide due to my lifelong skepticism of synths and drum machines. Sam introduced me to their work and I immediately sensed that their songwriting was coming from the same well of weirdness and longing as my own. Digging into the Suicide catalog helped strip away some of my biases against electronic instruments.

Wild Bill: The True Story of the American Frontier’s First Gunfighter by Tom Clavin
An excerpt from this book appeared in an email list to which I subscribe from delancyplace.com. The piece describes circus life in the 1860’s and inspired my song “The White Tops.” I was reminded of life in a touring band by phrases like “the freak show” and “prominent clown.”

“Handle With Care” – Traveling Wilburys
When we started tracking “Go Through You,” the song that would become the first single off The Misfitthe strum pattern on the acoustic guitar (played, as was everything on The Misfitby Sam Cohen), reminded us both of George Harrison’s strumming on this Wilbury’s track. So we leaned into it. I’ve had to learn how to do that steady up/down strum pattern in order to play it live – it’s harder than it looks!

“Into The Great Wide Open” – Tom Petty and the Heartbreakers
Lot of Petty influence on The Misfit. In this case, it was the Jeff Lynne production with the lazy backbeat and the fat slide guitar. “Follow You Home” owes a lot to this sound. Too much? You be the judge.

“Perfect Day” – Lou Reed
The first song I brought in to Sam for The Misfit“Beautiful Life,” sounded like a power pop song before he got a hold of it. He added emotional passing chords, turned it into a waltz, and slowed it way down. At a certain point, I was reminded of “Perfect Day,” and we listened to Lou Reed’s masterpiece a few times for inspiration. Next thing you know, Sam was banging on his old upright piano and voilà.

“Stay Loose” – Belle and Sebastian
Here’s an example of band known primarily for organic-sounding recordings, experimenting with more electronic/keyboard-heavy sounds. I’ve been obsessed with this song for almost two decades. This is one of the songs that I felt like gave me permission to take a left turn in the studio this time around.

Paws Up Resort in Greenough, MT
My job offers some sweet perks. The last few years I’ve been invited to perform and stay at this upscale resort in the mountains of Montana. I wrote this song in the “alpine air” of that magical place.

“You Don’t Miss Your Water” – William Bell
Stax great William Bell wrote some real jams. This one inspired my song “You’ll Be Glad You Stayed,” that closes out The Misfit. My song imagines an alternate reality from Bell’s, one where the protagonist doesn’t let his “well run dry.”