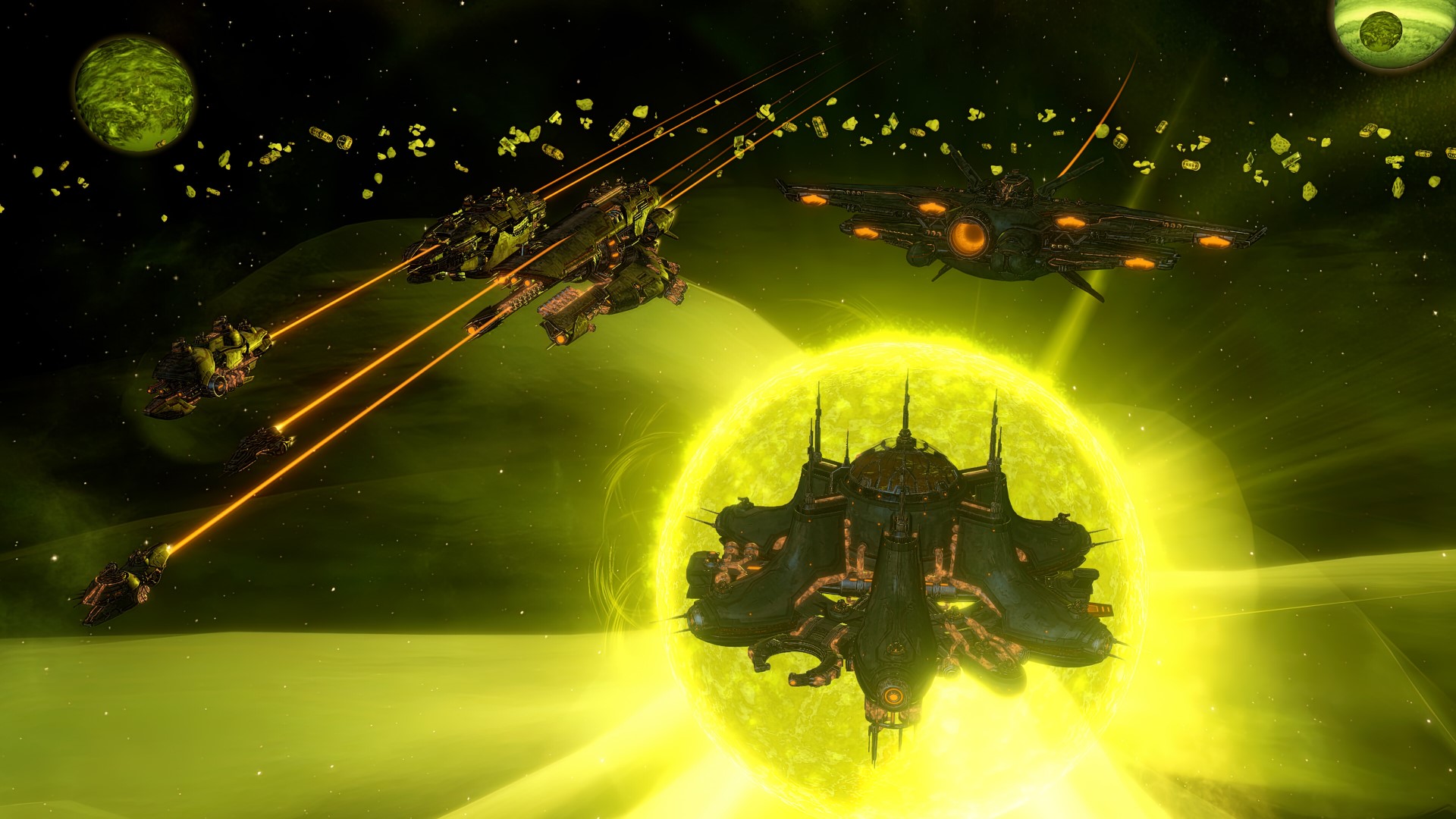 Stellaris’ next species pack is all about embracing your toxic side. The Toxoids pack, which launches September 20 for the sci-fi grand strategy game, introduces two new origins that both involve getting comfortable with poison and spreading that love throughout the galaxy.

The first new origin is called Overtuned, and it’s focused on rapid – some might say reckless – genetic evolution. There are 13 new ‘overtuned’ traits available in this origin, each of which mirrors another existing trait in the game. Overtuned traits tend to be slightly cheaper points-wise than standard traits and there are almost no limits on how you can combine them. The drawback here is that each one of these reduces your leader’s expected lifespan.

Overtuned civilisations can use the new ‘damn the consequences’ edict, which doubles the effect of overtuned traits while doubling the upkeep cost of all overtuned pops.

The other origin included in the pack is the Knights of the Toxic God, which is a more story-led origin that puts you in charge of an order of toxic knights. In this origin, your planet has been visited by some force known as the toxic god, and the knights have devoted themselves to finding it once again.

You’ll start out with five unique blockers in place on your planet – these will take up spaces that would otherwise be available for buildings, and they’ll make things difficult for you early on. However, as you progress through the quest, you’ll have the chance to transform these blockers into powerful assets. The knights themselves generate additional research and have other bonuses, so there are a few advantages available to you in this origin.

The pack includes new traits and civics, including one called Relentless Industrialists – this one allows you to build massive ‘coordinated fulfilment centres’ that boost your alloy and consumer goods output. This comes at the rather steep cost of turning planets into tomb worlds, however.

There’s also a new set of portraits, new ships, new cityscapes, and a brand new toxic adviser voice to remind you how great it is to be spreading your noxious fumes everywhere in the galaxy.

Check out our Stellaris DLC guide for some pointers on which add-ons to buy, or have a look at our guide to Stellaris mods if you’d like to get a bit more freeform. The Toxoids Species Pack will be available on Steam, and you can even pre-order it now if you like.

Steam Deck can now been purchased without a reservation