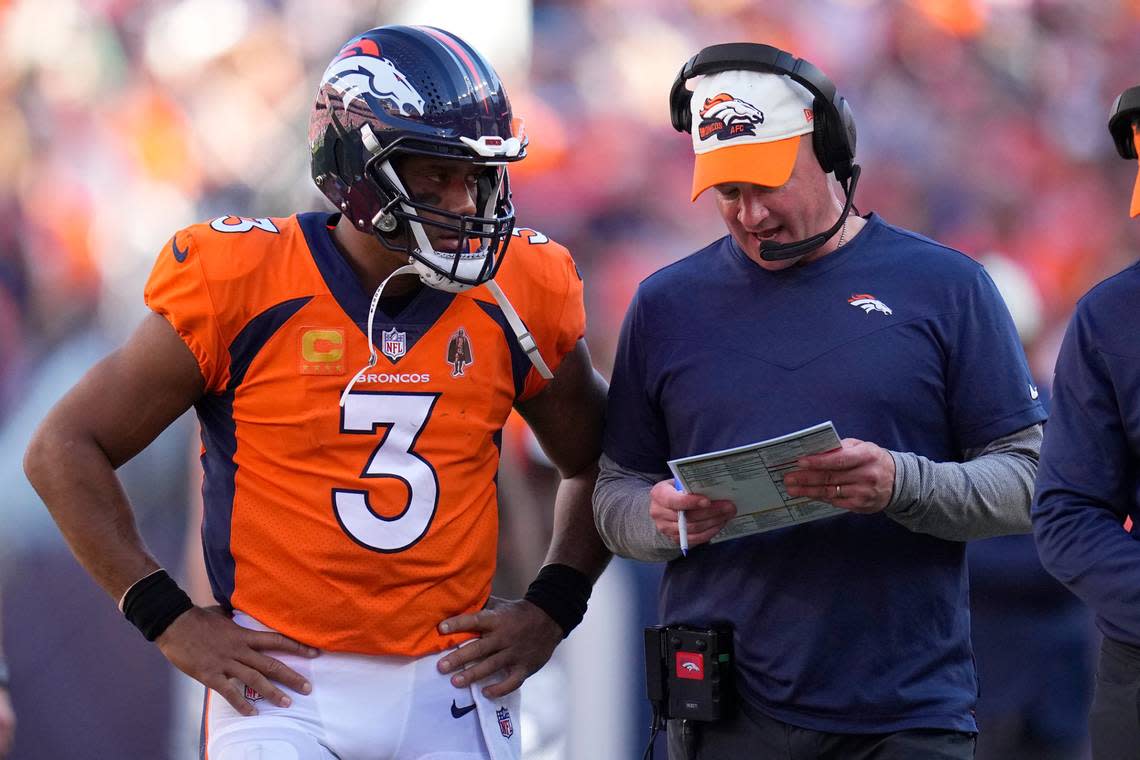 Quarterback Russell Wilson got his first fourth-quarter comeback with the Broncos on Sunday, but it came after the team heard boos and a countdown from fans at Empower Field at Mile High.

The Broncos, who were a popular pick to either win the AFC West or be a wild-card team, rallied and defeated the Texans 16-9 on Sunday to improve to 1-1. Things looked dicey as Houston led 9-6 through three quarters.

“I would be booing myself; I was getting very frustrated,” coach Nathaniel Hackett told the team’s website. “We get down to the red zone two times. Don’t get another touchdown, which is unbelievably frustrating. I don’t think we have scored in there yet. That’s something that all of our guys have to step it up. Whether we run the ball more, whatever we’re doing, we just have to execute at a higher level.”

This third-quarter sequence was baffling as the Broncos were facing third-and-inches in Texans territory. After fullback/tight end Andrew Beck lost a yard on a run to the outside, Denver set up for a 54-yard field goal but a delay of game call moved the ball back. So the Broncos punted.

Former Denver tight end Shannon Sharpe tweeted about the Broncos’ choice at the end of last Monday’s game and the decision to punt on Sunday.

Later in the game, Broncos fans decided to help Wilson and the offense by counting down the play clock.

Wilson put a positive spin on the crowd’s countdown.

“I guess that was helpful at the end,” Wilson told reporters. “I guess they do that in basketball, some. I’ve been around basketball players and stuff like that. This crowd is amazing. Once again, how they were, especially when the defense was out there with the game on the line. Imagine how hard that is for a quarterback to hear with all that noise and all that tenacity and all that. So that was great that our fans were really in to it. It’s a great football crowd.”