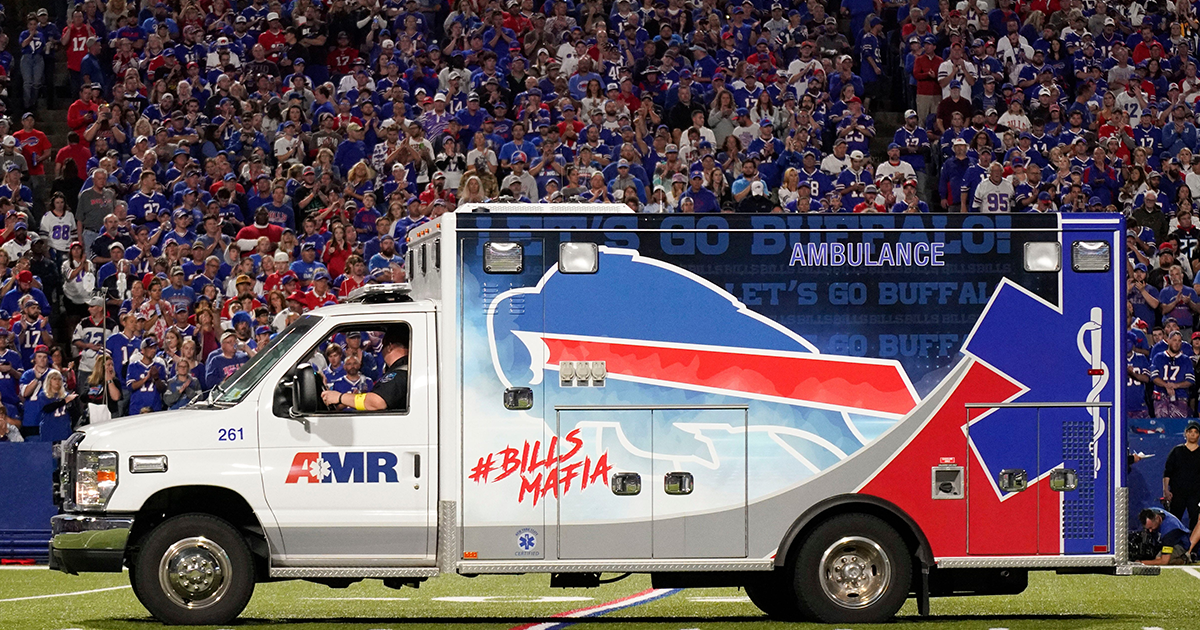 Jackson, 25, and Edmunds, 24, inadvertently collided as both players looked to make a tackle on Titans receiver Treylon Burks after a reception with 58 seconds remaining in the half. As Jackson attempted to bring the rookie down with a tackle around his legs while in coverage, Edmunds tried to make a play up high as Burks fell to the ground and hit his teammate in the upper body area, violently snapping back his head and neck.

Bills medical personnel immediately tended to Jackson as his teammates surrounded him while he was on the ground. An ambulance was brought onto the field moments later. Jackson was quickly loaded onto a stretcher and taken out of the stadium for further testing.

Buffalo provided an encouraging update on Jackson’s status just prior to the start of the second half, sharing on social media that he has “full movement in his extremities.” The team also announced Jackson has been taken to Erie County Medical Center for evaluation of the injury which will include a CT scan and x-ray.

Jackson, a 2020 seventh-round pick out of Pittsburgh, recorded three tackles and one pass deflection prior to the frightening injury.

The Bills currently led the Titans, 27–7, in the third quarter.