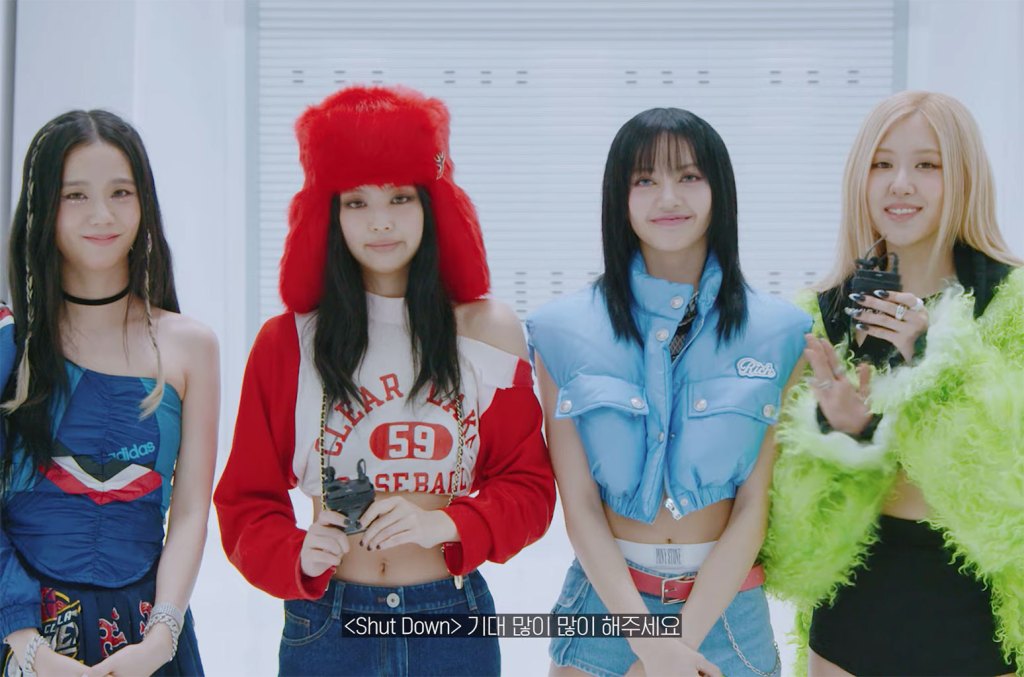 BLACKPINK‘s video for the Born Pink track “Shut Down” premiered Friday along with the release of the eight-track LP. Now, devoted Blinks are getting an inside look at what it was like for members Jennie, Jisoo, Lisa and Rosé to shoot the visual for the track.

“Did you guys notice?” Jisoo asks her fellow group members — as well as the Blinks at home watching — in the video. “Our ‘Shut Down’ music video has put in some of the scenes from our previous music videos to show the new BLACKPINK. We hope you look forward to it.”

In the music video, fans noticed that “Shut Down” acted as both a reflection on BLACKPINK’s past eras since their 2016 debut with “Whistle” in addition to a fun game for eagle-eyed viewers to decode all the small details and links to the group’s previous video releases, as well as their solo and group discography. Moments from videos “Boombayah,” “Playing With Fire,” “Kill This Love,” “Whistle” and “Ddu-Du Ddu-Du” were also included in the video. (Billboard detailed all the video’s easter eggs here.)

“You’ve seen this truck before, right?” Lisa tells the cameras about the rusty truck in “Shut Down,” which first appeared in the “Boombayah” video in 2016. “It was good to see it again. I shared some conversations with him.”

Rosé was then shown filming the scene where she sits atop the globe — a callback to the group’s “Whistle” video — and claimed it’s a more “grown-up version” or herself. Jennie comes next in the video and teases fans with the scene of her holding a match in the black bathtub, which directly mirrors her scene in “Playing With Fire.” As for Lisa’s deck scene, she revealed it was her own idea to film it in the rain. Jisoo, on the other hand, took delight in filming her “Jisoo Jisoo Jisoo” scene, re-created from “Ddu-Du Ddu-Du.”

“Shut Down” is currently on a blazing path — the track shot up from No. 16 to No. 1 on Billboard‘s Hot Trending Songs chart (dated Sept. 24), powered by Twitter, following the release of the Born Pink LP. The girl group also delivered a sizzling performance of the track on Jimmy Kimmel Live! on Monday night.

Watch the behind-the-scenes video for “Shut Down” below and acquaint yourself with all the easter eggs from the video here.

The Mario movie trailer is as cursed as we hoped • SwaveDigest