Everything announced at Amazon 2022 Fall Event 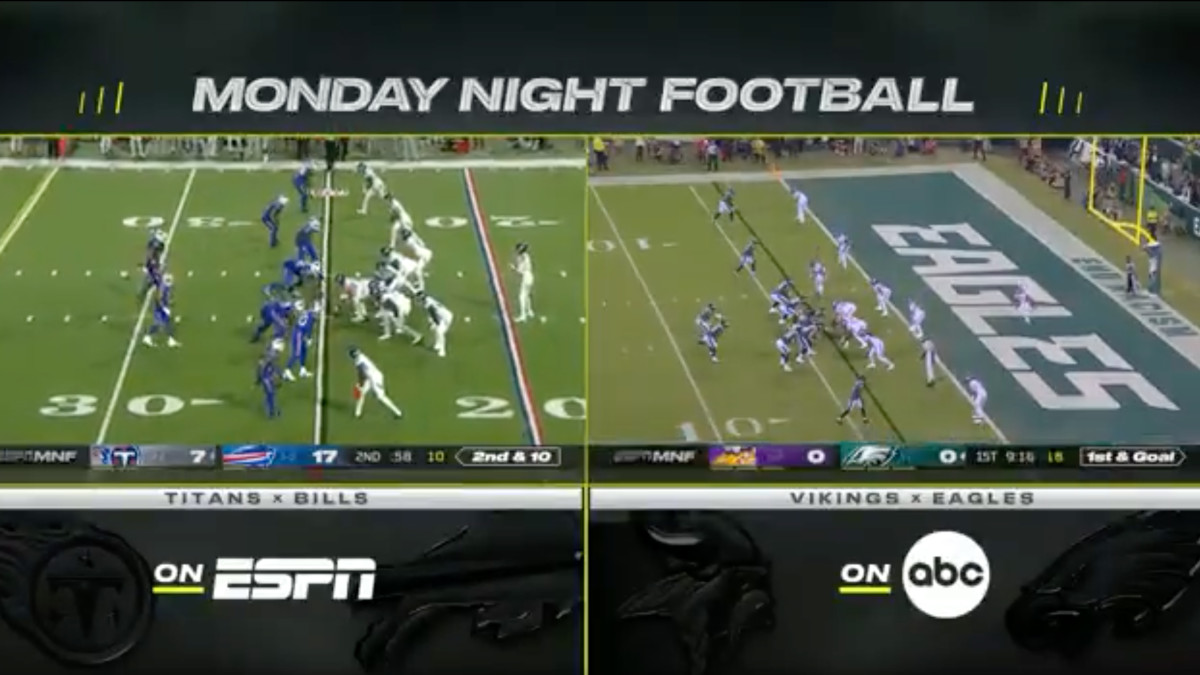 1. I enjoyed last night’s Monday Night Football two-for-one special with Titans-Bills beginning at 7:15 p.m. ET and Vikings-Eagles starting at 8:30 p.m. ET. I have a two-TV set up, so it was easy to follow both games at once and I didn’t have to stay up until 1 a.m., which is what would’ve happened if ESPN gave us the traditional 7 p.m./10 p.m. doubleheader.

For the 20 years that I was a DirecTV customer before canceling the horrific service a few years ago, I always spent my Sundays watching the Game Mix channel. I had no problem keeping up with eight games at once, so following two games was a breeze.

Based on the social media reaction, people didn’t seem to have any issues with the start times last night. However, a lot of people vented about one specific problem: ESPN’s use of a split screen to show what was happening in both games.

This didn’t bother me, but there were many others who were very angry about their game of choice getting interrupted.

One of my Twitter followers came up with what sounds like a smart proposal, given that ESPN has multiple channels:

The idea of running a permanent split screen on ESPN2 makes sense on the surface, but there would be a lot of issues, mainly on the business side. Advertising/commercials would be affected, and Nielsen ratings would be affected. Which audio feed would they use? It’s not as easy to pull off as you would expect.

I do think ABC/ESPN overdid it by trying to keep viewers abreast of the other game. There was no need for a constant score bug. People can easily flip over to the other game or check their phones if they want to know what is going on. But I didn’t consider this a significant problem. However, some people did.

It will be interesting to see whether ESPN listens to the viewer feedback about the split screens next season when it airs three doubleheaders. It hasn’t been determined yet whether those doubleheaders will feature overlapping games, but if they do, ABC/ESPN is going to have a decision to make about its liberal use of the split screen.

4. This video showing what Dolphins quarterback Tua Tagovailoa would look like as a right-handed thrower has gotten a lot of attention.

5. Dodgers manager Dave Roberts took a dance break during Monday’s game, but his players didn’t seem fazed even one bit.

You can listen to the podcast below or download it on Apple, Spotify and Google.

You can also watch the SI Media Podcast on YouTube.

7. RANDOM VIDEO OF THE DAY: A fantastic tribute video to one of the greatest sports broadcast teams of all time, Gorilla Monsoon and Bobby “The Brain” Heenan.

Be sure to catch up on past editions of Traina Thoughts and check out the Sports Illustrated Media Podcast hosted by Jimmy Traina on Apple, Spotify or Google. You can also follow Jimmy on Twitter, Instagram and TikTok.

How To Roll Over Your 401k When You Change Jobs