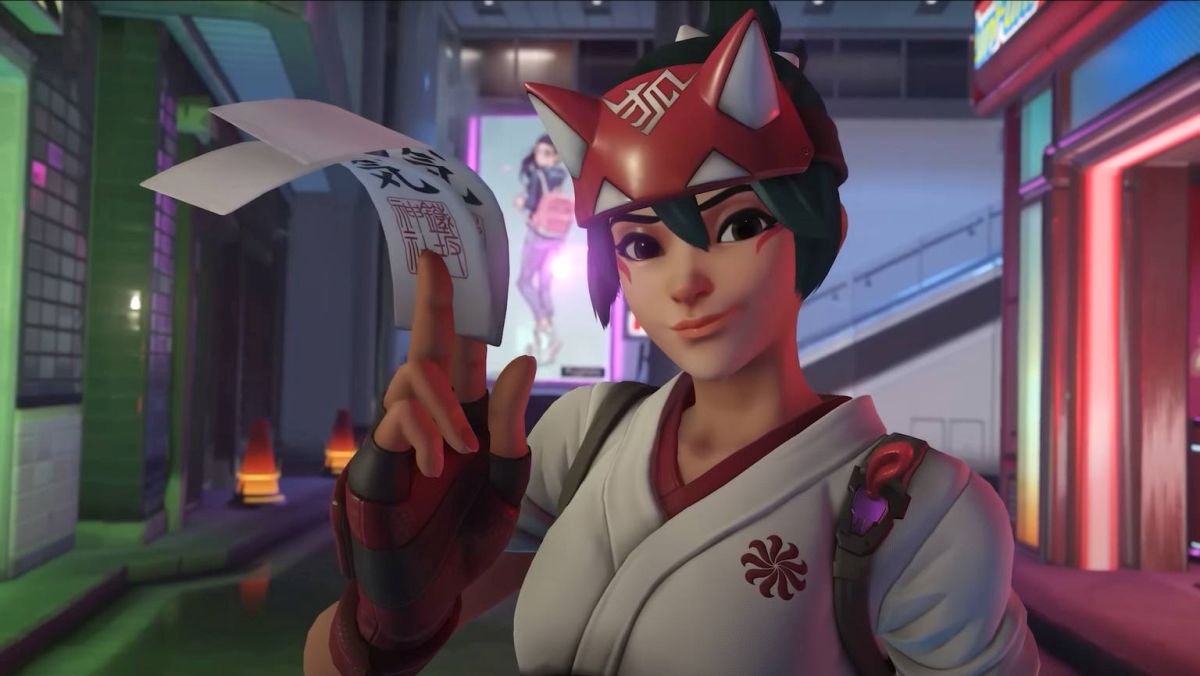 Kiriko, whose full name is Kiriko Kamori, hails from the same village as Hanzo and Genji, and has trained alongside them as a kid, as we see in the first video, which illustrates her origin story.

Feeling torn between the peaceful path taught to her by her grandmother, including the ability to commune with a fox spirit and the art of healing, and the warlike nature of her mother’s ninja training, Kiriko decided to follow both ways, becoming both a warrior and a healer.

Following the takeover of the village by clan Hashimoto, she joined a group of misfits named the Yokai, fighting against the newcomers’ tyrannical rule.

The second video features the developers as they explain Kiriko’s abilities, from the basic healing Ofuda and Kunai, all the way to her spectacular ultimate.

Incidentally, since she has trained with Hanzo and Genji, she can run up walls exactly like them.

You can check out both videos below.