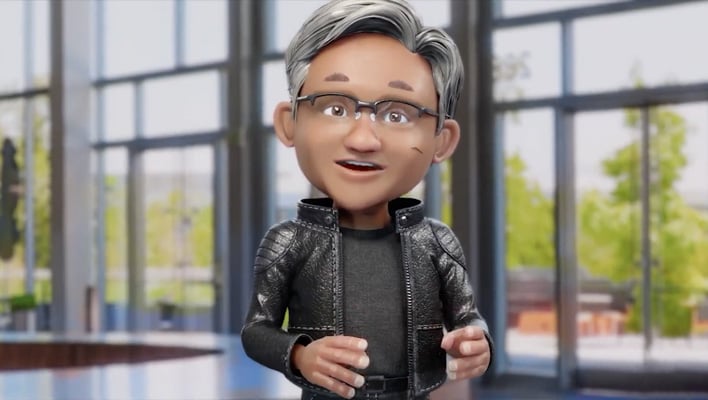 Huang’s talk flowed from introducing the Ada Lovelace gaming GPUs to the topic of fully simulated worlds in Omniverse, a digital platform for industries. Jensen explains how extremely diverse industrial fields and leverage the Omniverse for everything from design and development collaboration to marketing and delivery in a single pipeline. 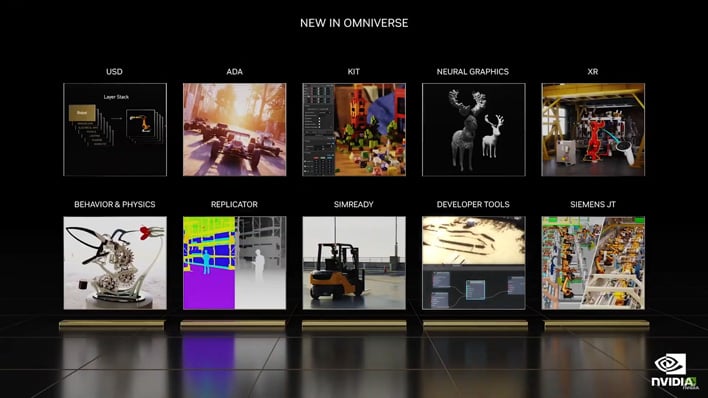 The Omniverse is a simulation engine that interacts with objects based on Pixar’s universal scene description (USD) format. Described as “the HTML of 3D”, USD allows for a cohesive way to create, manage, and parse the immense amounts of 3D data involved—all in real-time. The Omniverse serves as a platform for companies to build and maintain their own applications. 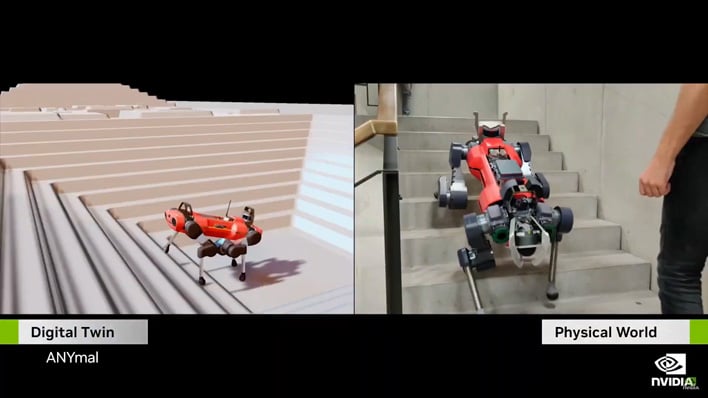 For many off these applications, it is used to create “digital twins” of the real world. Digital twins can scale from molecules for pharmaceutical research to objects for prototyping or even municipal landscapes to tune autonomous driving behaviors. Jensen stated that in the near-future, everything that gets created will have a digital twin. 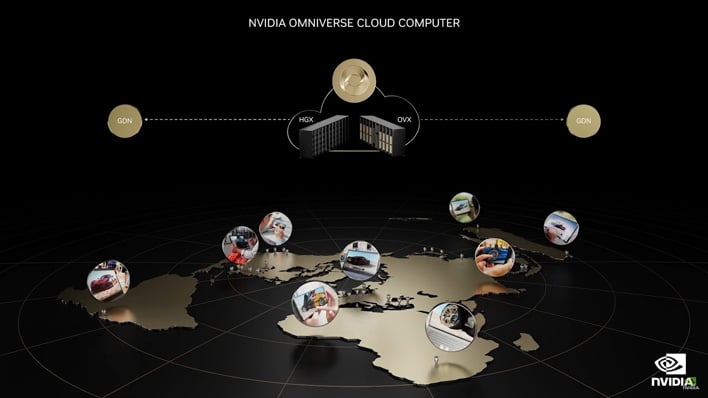 Huang used an example from Rimac Automobili who is leveraging the Omniverse Cloud to create a configurator application. This configurator allows shoppers to select options and view the changes in real-time from the actual “ground truth” engineering files without having to pre-render the possible options. This marries design, engineering, and marketing pipelines all to a single source of data using Omniverse Nucleus Cloud as its database engine.

The Omniverse Cloud is built on NVIDIA’s HGX and OVX platforms. NVIDIA HGX is tuned for AI workloads while NVIDIA OVX is geared for visuals and real-world simulation. 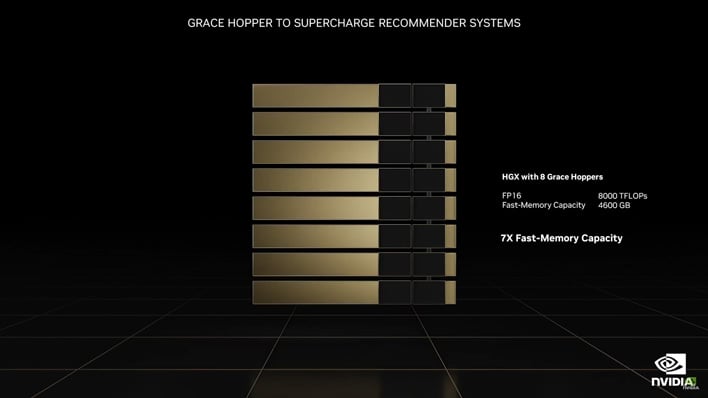 The HGX platform is bolstered by new Grace CPU and Grace Hopper Superchips. As disclosed by Arm, the Grace CPU is built using 144 Neoverse V2 cores and features a blistering 1 terabyte per second of memory bandwidth. The Grace CPU is ideal for high performance compute workloads as a result. 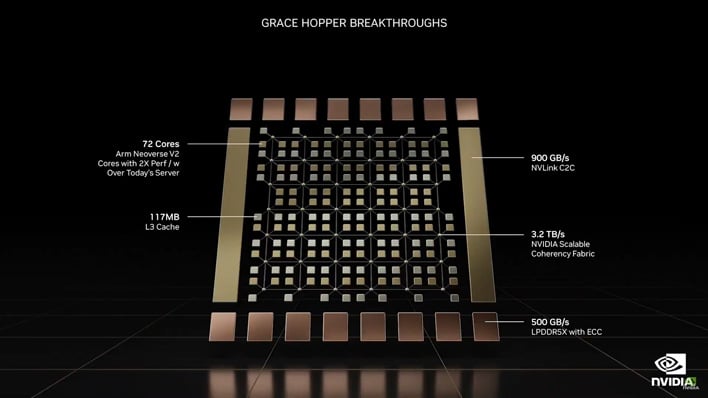 The Grace Hopper Superchip combines the Grace CPU with Hopper GPU architectures using NVLink-C2C to tackle the most complex AI workloads. The coherent memory model operates seven times faster than PCIe Gen 5 at around 900 GB/s, and all-told provides 30x more aggregate system memory bandwidth than DGX A100 before it.

Conversely, the NVIDIA OVX system leverages new Ada Lovelace L40 GPUs to tackle digital twin workloads. The base unit is the NVIDIA OVX server which can combine up to eight L40 GPUs in a 4U rack chassis. These can be aggregated into an OVX POD consisting of 4-16 OVX servers with “optimized network fabric and storage architecture” to scale capabilities. This culminates in the 32 server OVX SuperPOD for handling massive simulations with low-latencies in real-time. 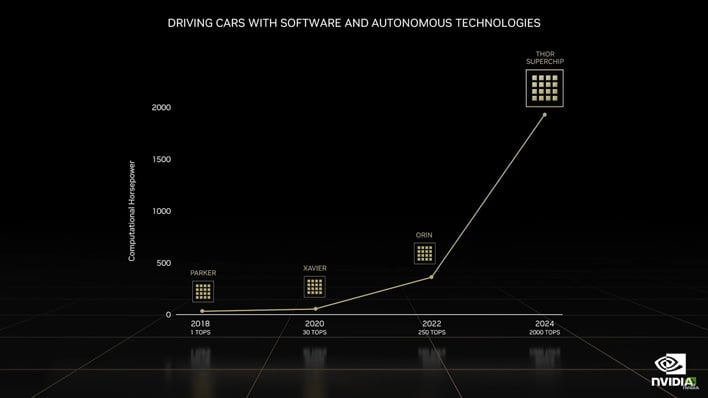 Finally, the technology titan unveiled the new Drive Thor to serve as a centralized computer for automotive needs. It combines the functionality of several traditionally discrete chips onto a single SoC with its multi-domain computing support. NVIDIA says this helps simplify autonomous vehicle design, lowers costs, and reduces weight. 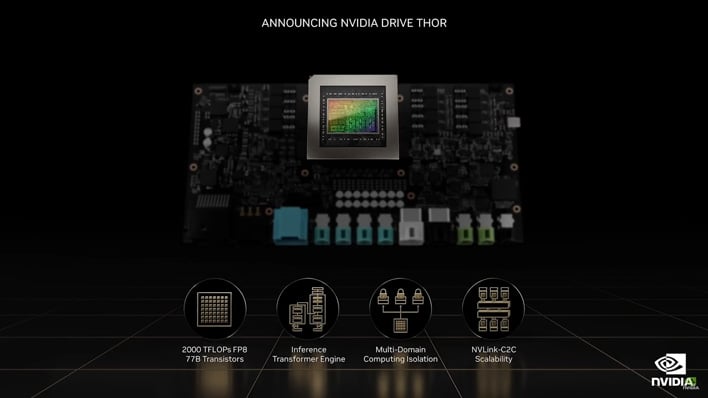 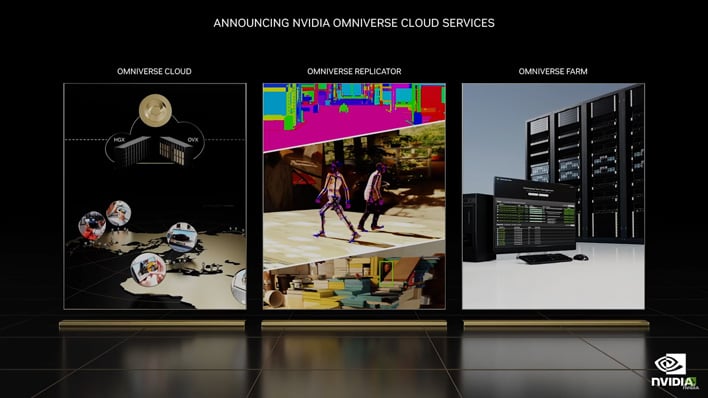 NVIDIA reports robust support for its Omniverse ecosystem. The company says there are already 150 connectors to the Omniverse and it supports open software platforms from companies worldwide. The Omniverse Cloud operates in effect like a content delivery network does, but for graphics. NVIDIA has dubbed this as a Graphics Delivery Network (GDN) in turn. The Omniverse Cloud Infrastructure is available now in a SaaS model with AWS, and will be available on additional cloud platforms in the near future.