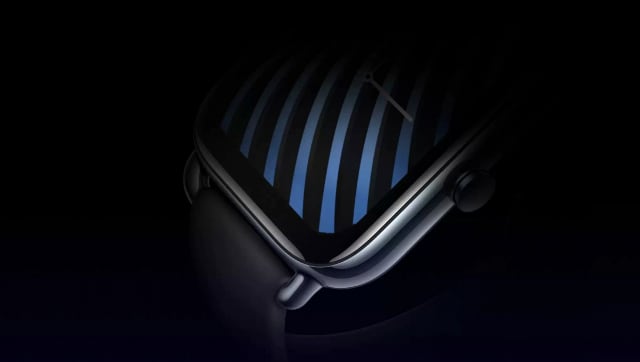 OnePlus’ sub-brand for its budget and mid-range smartphones, Nord, will soon be launching their first smartwatch. Called the Nord Watch, OnePlus India has already started teasing the launch of its upcoming smartwatch.

There were rumours and leaks surrounding a Nord-branded smartwatch from the BBK-owned company. Six months after the first rumours popped up on the internet, OnePlus has officially teased the smartwatch’s launch.

Get Moving with the all new OnePlus Nord Smartwatch. Coming Soon! https://t.co/jmI62kY6ya pic.twitter.com/6i1orAYQSn

The Nord Watch looks to have a standard watch design with a square display, curved body, prominent lugs, and a push button that looks like a crown. The strap design is a simple silicone band, shown here in black that matches the watch’ grey appearance.

OnePlus continues to use the term “smartwatch” to describe its existing OnePlus Watch despite the lack of any smart functionality on offer, so it may just be a similar situation with the Nord Watch. Whether or not the Nord Watch is actually a smartwatch remains to be seen.

Being a Nord device, however, it should be significantly less expensive. The Nord Watch is expected to be priced around $65 or roughly Rs 5200. Of course in India, it will cost slightly more. However, compared to other smartwatches, this will be a very affordable option. Hence, there is speculation that it may not be a proper smartwatch, just like the original OnePlus Watch.

In typical OnePlus style, the company teases that it will share more information about the watch in parts throughout the rest of this and the following week. Speculations suggest that the Nord Watch will be released in either by the end of September, or early October, just in time for the Indian festive season.

2021’s OnePlus Watch did not perform well in the market and felt more like a rough first draft of a new product line. Therefore, there is a strong possibility that OnePlus might limit the launch of the Nord Watch only to countries where it has a strong user base, before launching it to the rest of the world.

Fortunately for us, India is one of OnePlus’ strongest markets and has the largest user base of Nord devices. A leak indicated that the Nord Watch could come in five different styles, but it is unclear if it will pan out to be true.

Given its price, it is very likely that the Nord Watch won’t feature Wear OS. Instead, it should run LiteOS and offer similar features as other budget smartwatches available in this price range.