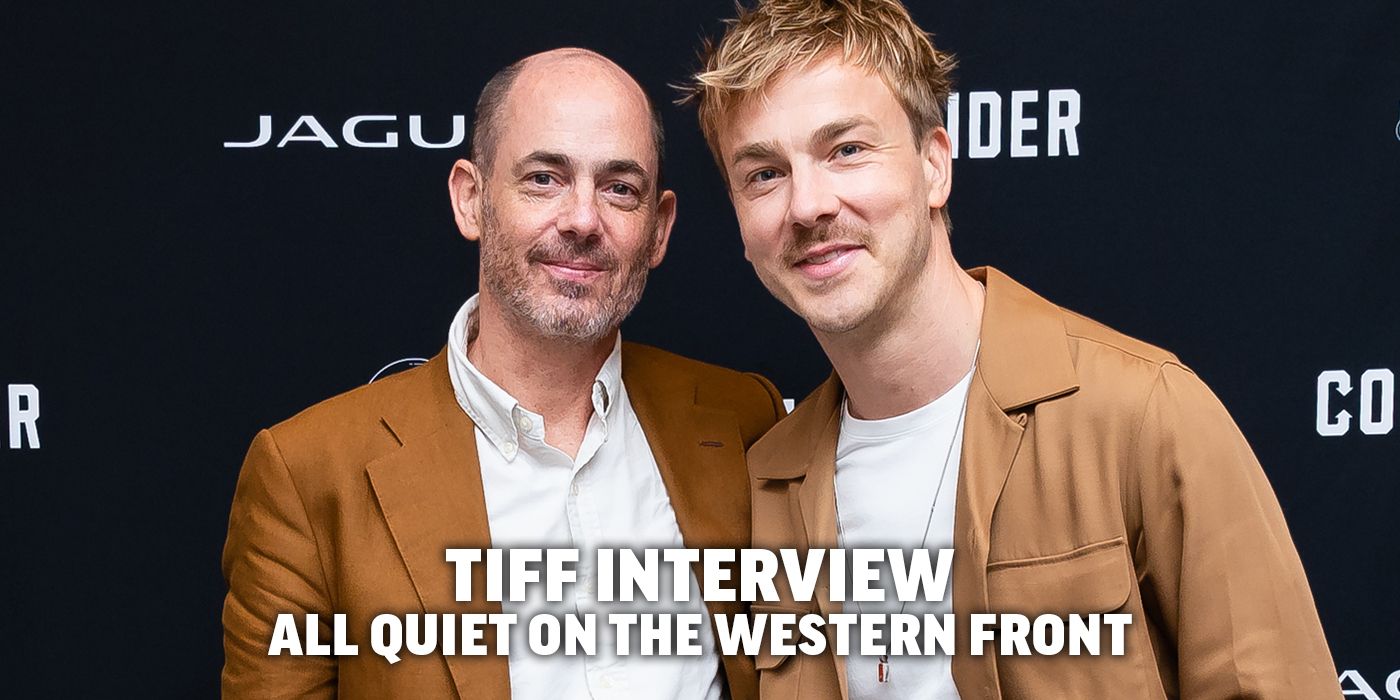 One of the most anticipated films that premiered at the Toronto International Film Festival was Netflix's German-language adaptation of All Quiet on the Western Front. This is far from the first time that German author Erich Maria Note‘s World War I novel has been adapted, but that hasn't lessened the excitement to see how German filmmaker Edward Berger will breathe new life into the distinctly anti-war war story. During the festival, Berger and Albrecht Schuchone of the film's stars, stopped by Collider's Supper Suite and Media Studio at Marbl to chat with our Editor-in-Chief Steve Weintraub about the film.

In addition to directing, Berger also penned the script with Ian Stokell and Lesley Patersonwhich will follow the same premise as the novel and 1930s Academy Award-winning film adaptation. All Quiet on the Western Front follows Paul Bäumer (Felix Kammerer), a young soldier who enthusiastically volunteers for the war effort alongside his classmates, as he comes face to face with the horrors of war, and the never-ending tragedy that plays out in the muddy horrors of trench warfare. While the film has only had a premiere at TIFF, Berger's adaptation is already getting Oscar buzz as Germany has chosen it as its official contender. In addition to Schuch and Kammerer, All Quiet on the Western Front also stars Daniel Brühl, Moritz Klaus, Aaron Hilmer, Edin Hasanovic, Adrian Grunewald, Devid Striesow, Andreas Döhler, Sebastian Hulk, Alexander Schuster, Luc Fact, Michael Wittenborn, Michael Rod, Andre Marcon, Tobias Langhoffand Anton von Lucke.

During the interview they discussed how they shot the film in roughly 54 days, the impact and toll that it took on Schuch to film such grueling and emotionally heavy scenes, how Berger wanted to avoid manipulating the audience and instead sought to focus on the character's reactions and emotions to help the audience connect with them, and how German's tragic history with war helps to create a film that American or British movies wouldn't be able to produce. They also spoke about dream projects—including James Bond and working with Paul Thomas Anderson—as well as what they like to collect.

RELATED: ‘All Quiet on the Western Front' Gets Theatrical and Netflix Release Dates

Check out the full interview in the video above to hear Ed Berger and Albrecht Schuch discuss making All Quiet on the Western Frontincluding: