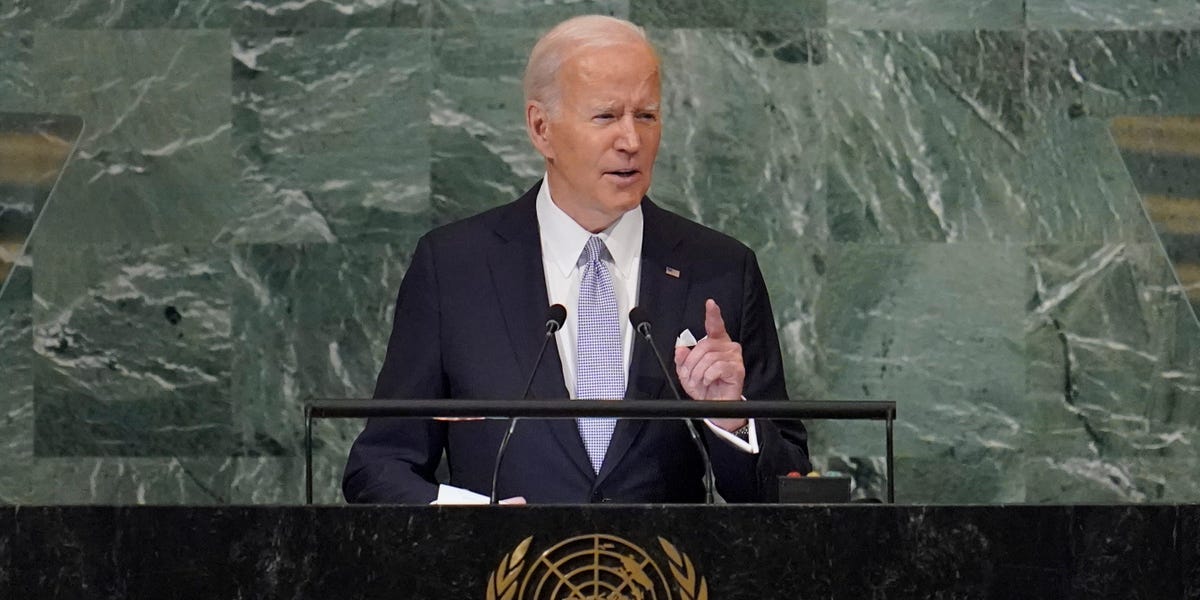 President Joe Biden ripped into Russian President Vladimir Putin in a scathing speech at the United Nations, slamming him for escalating the war in Ukraine after his earlier announcement on a partial military mobilization that included threats of nuclear force.

“Just today, President Putin has made overt nuclear threats against Europe in a reckless disregard for the responsibilities of a non-proliferation regime,” Biden told world leaders at the UN General Assembly in New York on Wednesday.

“Now, Russia is calling up more soldiers to join the fight. And the Kremlin is organizing a sham referendum to try to annex parts of Ukraine — an extremely significant violation of the UN charter,” Biden said. “This world should see these outrageous acts for what they are. Putin claims he had to act because Russia was threatened, but no one threatened Russia and no one other than Russia sought conflict.”

“In fact,” the president continued, “we warned it was coming, and with many of you, we worked to try to avert it.” Putin's own words make his true purpose unmistakable. Just before he invaded, Putin asserted, and I quote, ‘Ukraine was created by Russia' and never had ‘real statehood.'”

Biden's remarks come after Putin delivered a rare televised speech on Wednesday morning in which he announced plans for the “partial mobilization” of Russia's military reservists — a move that reverses an earlier assurance and will see hundreds of thousands of reservists called up to fight.

During his highly anticipated speech, the Russian leader also threatened to use nuclear weapons under the guise of self-defense and baselessly accused Western countries of “nuclear blackmail.” He claimed his remarks and threats of nuclear force were “not a bluff.”

Both Biden and Putin's respective speeches came a day after pro-Moscow separatists in four occupied regions in eastern and southern Ukraine announced that they plan to hold referendums on joining Russia.

Ukrainian and Western officials have widely decried the referendums as illegal and a sham, reiterating that any sort of vote would carry no international legitimacy and won't be accepted.

This story is developing. Please check back for updates.