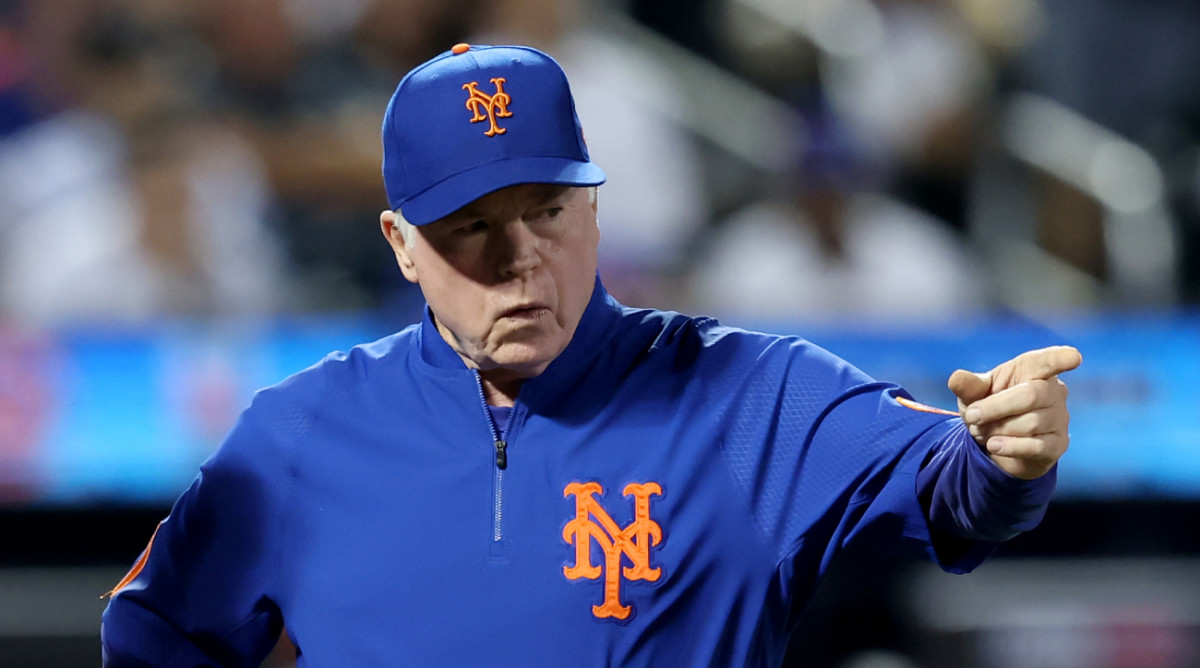 During Wednesday’s Mets–Brewers game, New York second baseman Luis Guillorme was hit by a pitch, marking the 106th time this season a Mets player was plunked.

The pitch that hit Guillorme, though, broke the modern MLB era record for most HBPs for a single team in a season.

The ball, thrown by Brewers reliever Jake Cousins, was then tossed to Mets manager Buck Showalter in the dugout. Apparently, Showalter wanted to keep a piece of the team’s history.

When asked after the game what he plans to do with the ball, Showalter had to crack a joke.

“It would be obscene to tell you what I was going to do with it,” Showalter joked. “No, I haven’t even thought about it, to be honest with you. I gave it to the hitting coaches. They can do what they want with it.

Wednesday’s 6–0 loss marked the eighth time this season that Mets players have been hit by a pitch at least three times in a game.

With 11 more games left on New York’s schedule, there’s still time for a few more Mets to earn a bruise for a free trip to first base.

For more New York Mets coverage, go to Inside The Mets.