Can On Set a New Pace for Sportswear? | Case Study 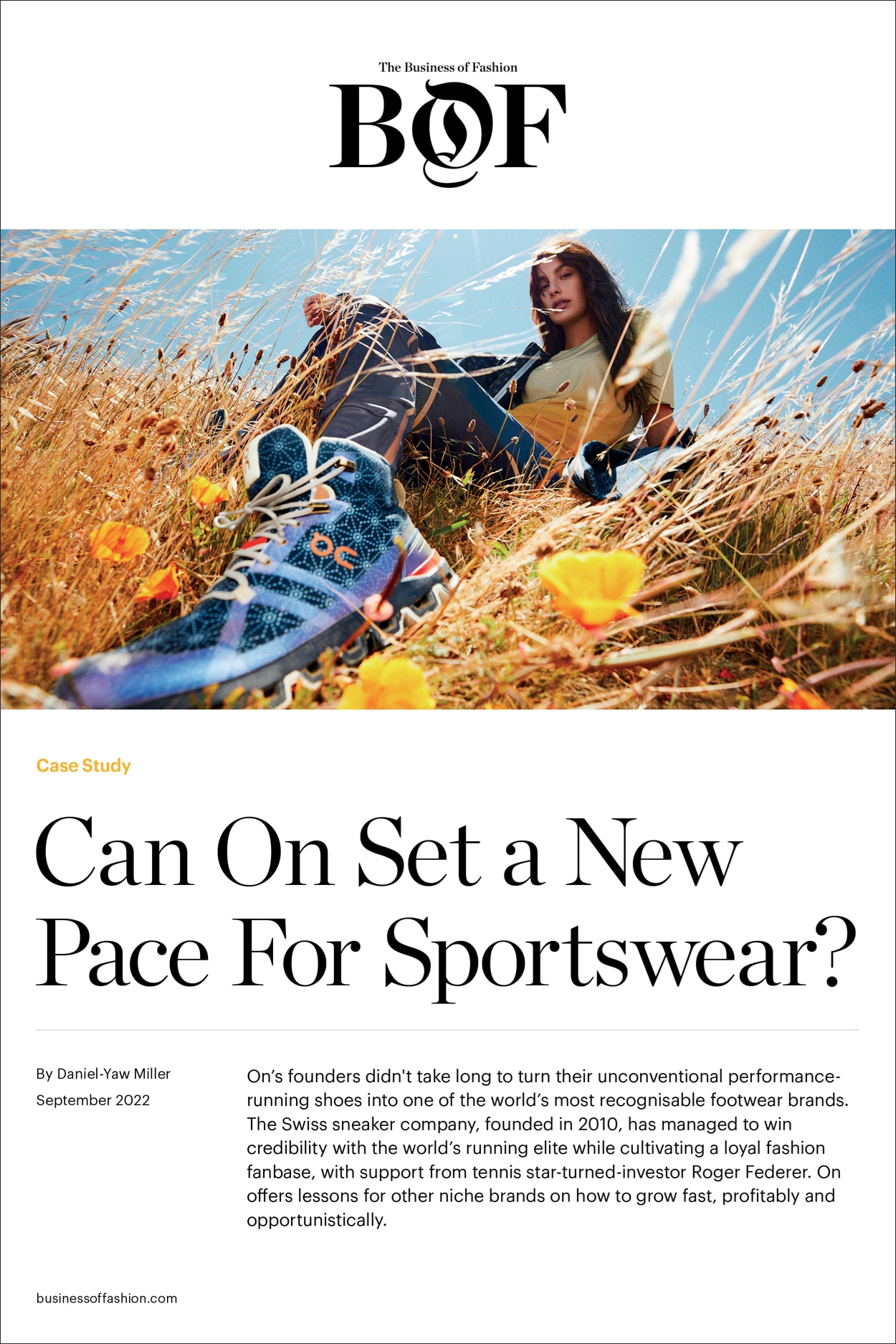 In just over a decade, On evolved from a little-known Swiss footwear start-up, endorsed by a small but passionate community of runners and outdoor enthusiasts into a premium global sportswear brand that has caught the attention of the fashion industry.

But the route from a prototype cobbled together in a backyard in Switzerland to an NYSE-listed retail wunderkind was not always smooth.

Undeterred by their lack of footwear industry expertise, On’s three founders — Olivier Bernhard, Caspar Coppetti and David Allemann — knew back in 2010 what they needed to do to win. “We had really no idea about how to make shoes, but we knew that the technology we had developed was unique,” said Coppetti, now an On executive director.

To realise their ambitions, the founders had to build a supply chain that would help them scale; prioritise where to grow the brand geographically; craft a disciplined approach to distribution and marketing by focusing on speciality retail; and earn credibility for the brand’s product in a crowded, yet niche market. Those forces would need to coalesce if On stood any chance of competing with the big incumbents like Nike and Adidas, as well as smaller players like New Balance, Asics and Saucony.

On’s reputation for forging its distinctive path to growth has helped it differentiate itself. While other start-ups over the past decade have focused first and foremost on being direct-to-consumer (DTC) brands, On pivoted towards speciality wholesale initially, enabling it to build a niche and loyal following, before entering into larger wholesale agreements and gradually introducing DTC. On has also secured its place at the top end of the global sportswear industry — worth around $384 billion in 2021, according to McKinsey & Company — by avoiding discounting under a disciplined strategy so that supply never exceeds demand.

The Business of Fashion speaks with On’s founders, management team and product designers at the company’s sleek new 16-storey headquarters in Zurich to explore its growth strategies.

This case study unpacks how start-ups can grow into billion-dollar companies through a combination of continuous innovation, adaptability and opportunism in a fiercely competitive market, and an ability to swiftly learn from their mistakes while never losing sight of the core essence of their brand.

What challenges On needed to confront to build the brand globally.

Why On’s founders zeroed in on speciality retailers to underpin their distribution and marketing, prioritising wholesale over direct-to-consumer.

How On taps its community to maintain a steady pace of product innovation.