Darkest Dungeon Is The Best Game I Might Never Beat 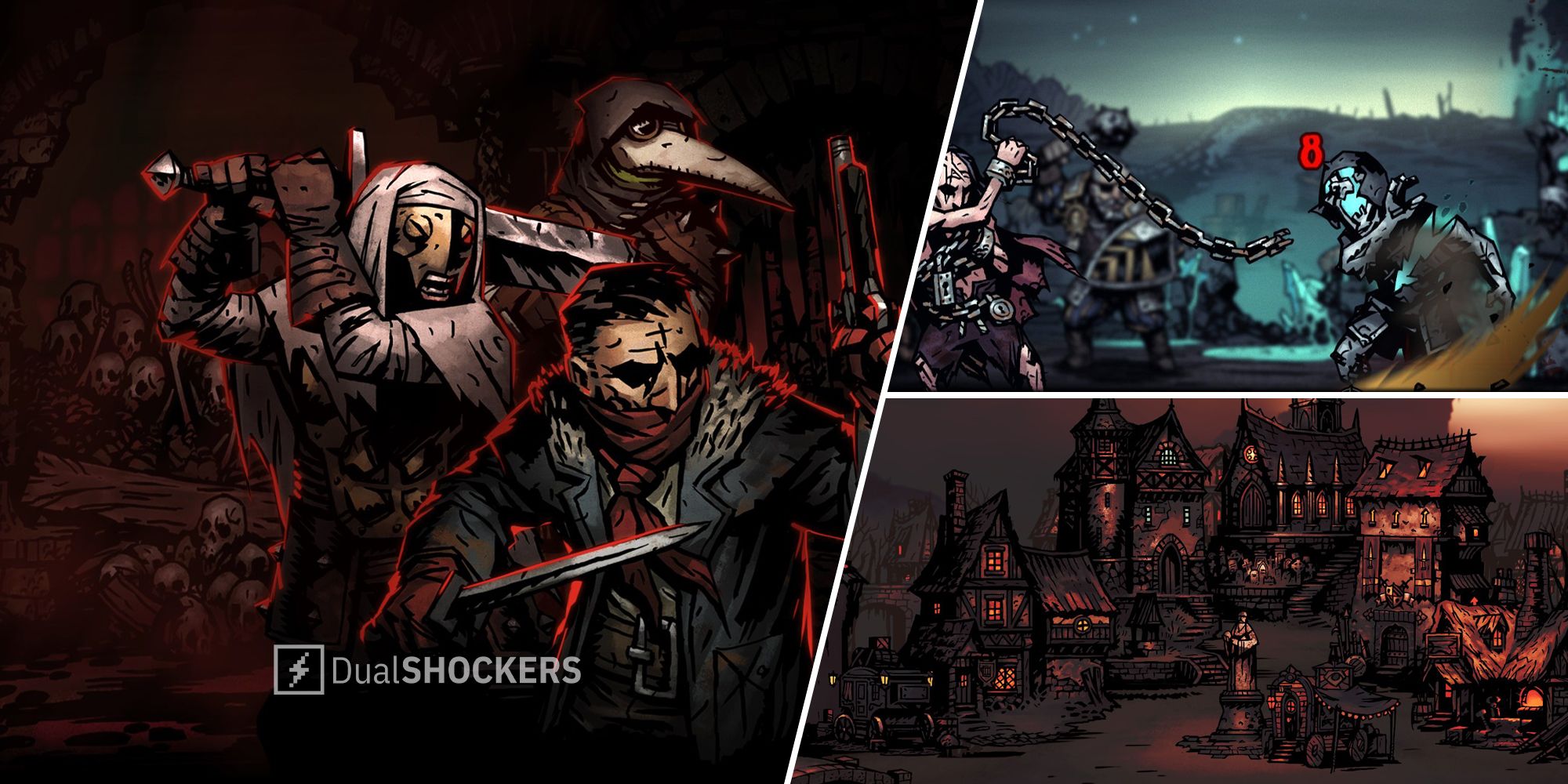 What maketh a favorite game? Is it a game that compels you to play for hundreds of hours or replay a campaign over and over again? I suppose it could be anything, as long as it brings you enjoyment. But have you ever had a favorite game that you didn’t say was your favorite, simply because you felt as if you hadn’t earned it? That’s my experience with Darkest Dungeon – a game which I've played for dozens of hours, love immensely, but have never completed.

RELATED: The Hardest Horror Games Ever Made, Ranked

Darkest Dungeon is a gritty dark fantasy RPG roguelike that's unlike anything else I’ve ever played. It’s difficult but rewarding. You have to be strategic with resources, and sometimes you have to treat your characters as resources themselves, sacrificing some for the benefit of others. The turn-based combat can make you think (and overthink) every move as you desperately try to outsmart your opponents in battle.

Over many hours of play, you grow attached to your team of adventurers. You send them into perilous dungeons where they have to balance life-saving items with loot and the mission objectives. If your team is low on torches, do you continue in the darkness knowing that monsters will be both more powerful and more prevalent? Do you run from the dungeon knowing you didn’t succeed in your mission and will suffer penalties? It’s a game built on choices that ask you to constantly weigh up risk and reward. You’ll face numerous enemies throughout the many dungeons of the game, but sometimes the greatest enemy is your own ambition as you push just a little too hard and get your party wiped. It’s fantastic.

As your adventurers level up through various outings, you will face increasingly difficult dungeons until finally coming to the titular Darkest Dungeon. Along the way, you’ll suffer losses because the deaths of characters are permanent. You might suffer setbacks as you lose your highest-level team and then have to level up an entirely new team. Hopefully the new team fares better against the nail-biting challenges of the world, but there are no guarantees. All of this is also sprinkled with lore and ambiance and a narrator who chimes in during moments of defeat and triumph.

Darkest Dungeon also has a very unique stress system that I absolutely adore. As characters take damage, as they venture in the dark, as they see allies fall, and as they encounter horrific scenes or objects, they gain stress. They can respond to this by having breakdowns, rising to the occasion and becoming ‘courageous', or even bumming the team out by talking about their hopeless situation. It's an incredibly clever and immerse RPG-like touch.

And yet, despite my 200+ hours with the game on my Switch, and 100+ hours on PC (yep, it was a double-buy for me), during which I've sent dozens of adventurers to the grave, I've never beaten Darkest Dungeon. I've played it since Early Access, and I’m eagerly awaiting the full release of Darkest Dungeon II. I love this game, but because I haven’t beaten it, it feels like it doesn't fit the typical criteria for my favorite games. I always finish my favorite games – most of the time I even collect all the trophies or go for 100% completion – and yet here I am banging my head against Darkest Dungeon while saying that I love it.

It’s like I’m adhering to a set of rules that somehow formed since my childhood. When I was a kid, I had a lot of favorite games I hadn’t beaten. In fact, I rarely finished games as a kid. I played them night and day, but I didn’t feel like I had to finish anything to prove that I loved it. When did I create rules or guidelines for digging something enough to call it a favorite? At some point, I think I picked up some toxic beliefs about what makes someone a “real fan.”

If someone told me Bloodborne was their favorite game, but they’d never beaten it, I wouldn’t declare them a fake fan. I wouldn’t say that they love it less than people who did manage to beat it. The game is tough-as-nails, and you can love something for the experience it gives you. However, there’s plenty of not-so-great discourse on the internet that would say the opposite. Lots of people jump at the chance to create rules around fandom to separate the “real fans” from the “fake fans.” While I might not judge other people by those standards, I’ve come to realize that I judge myself by them.

So I guess what I'm trying to say is ‘to hell with criteria and toxic crap.' Darkest Dungeon is one of my favorite games, so much so that it's made me throw all these weird criteria – borne of bizarre internet culture – out the window and embrace the perilous journey without worrying about where it leads me.

Some games – linear story-focused adventures like God of War and The Last of Us, for example – are like movies, in that they need to be completed for the full experience. With other games, their value lies in playing (and, in the case of Darkest Dungeon, suffering) through their core loops over and over again. In some ways, there is no end or true completion to games like Darkest Dungeon, and that's a comforting thought.

NEXT: How Darkest Dungeon Avoids The Age-Old Grinding Problem

‘This is the size of the figure Roger Federer represents’, says legend