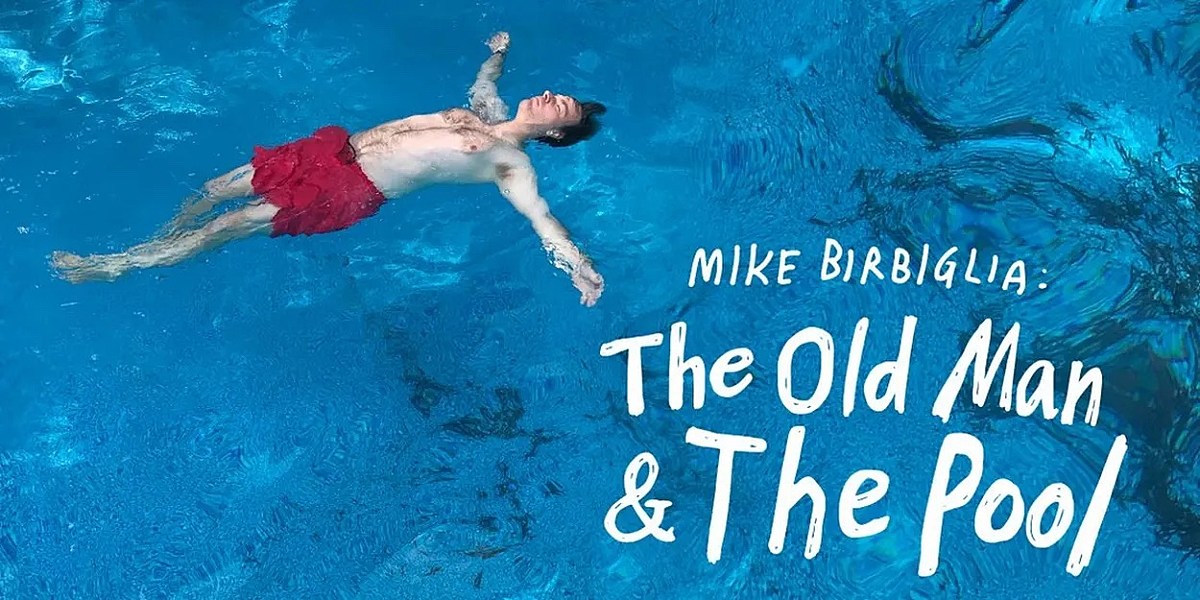 Mike Birbiglia debuted his new show, The Old Man & The Poolin Berkeley back in January, and after runs in L.A. and Chicago, he's bringing it to NYC for his second Broadway solo bow. (His great show The New One was a hit in 2018.) It will play at the Vivian Beaumont from October 28 – December 30. Tickets are on sale and here's the official synopsis:

Award-winning comedian and storyteller Mike Birbiglia returns to Broadway this fall with a tale of life, death, and a highly chlorinated YMCA pool. Birbiglia takes the stage at the esteemed Vivian Beaumont Theater at Lincoln Center to chronicle his coming-of-middle-age story that asks the big questions: Why are we here? What’s next? What happens when the items at the doctor’s office that you thought were decorative become functional?

The Old Man and the Poolwhich played to sold-out houses in Berkeley, Chicago and Los Angeles, resonates with audiences ages 12 to 112. It’s a hilarious reminder for all of us recovering from failing bodies and a flailing world that laughter is indeed the best medicine.

Watch previews for The Old Man & The Pool from its other runs, featuring Kristen Schaal, Jack Blackand more, below.