Behati ‘Believes’ Adam Levine When He Says He Never Cheated! 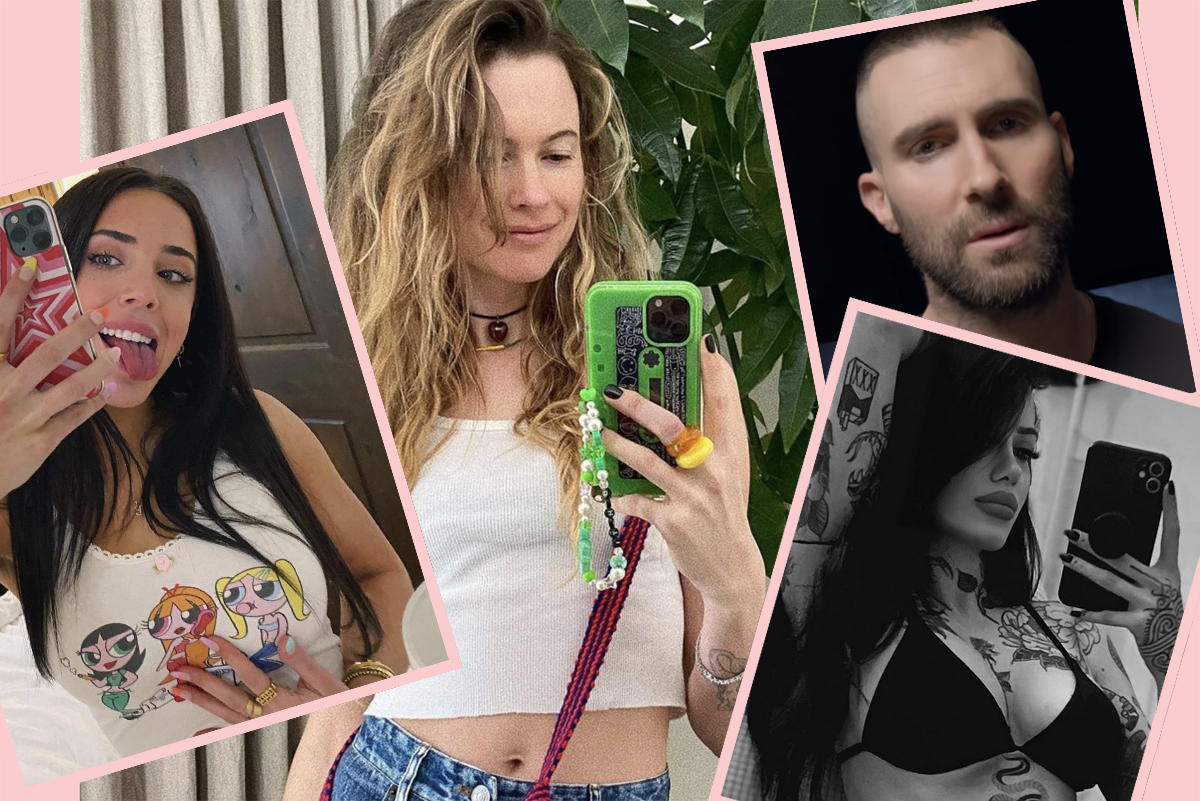 Well that answers that, we guess!

When we saw Behati Prinsloo stepping out with Adam Levine on Tuesday afternoon, and she wasn’t going full Lemonade and bashing his car with a tire iron we had to wonder if she was actually buying his version of events.

In case you’ve somehow missed it, an Instagram model named Sumner Stroh posted in a TikTok on Monday morning that she and the rocker had an affair for “about a year” — and she was showing receipts in the form of DMs from his official account. The alleged tryst ended some time earlier this year, but then in June, Sumner claimed, he reached out again to ask if he could name his unborn child after her. ICK, right?

Since then multiple other women have come forward saying he hit on them online, too — including his yoga instructor! Oof!

Related: Adam Admitted He ‘Cheated’ In The Past & Said ‘Monogamy Is Not In Our Genetic Makeup’

While Adam apparently knew he couldn’t deny everythinghis statement taking “full responsibility” for being inappropriate with other women ALSO made clear he was denying ever actually cheating with a capital C. He wrote:

“I used poor judgment in speaking with anyone other than my wife in ANY kind of flirtatious manner. I did not have an affair, nevertheless, I crossed the line during a regrettable period of my life. In certain instances it became inappropriate. I have addressed that and taken proactive steps to remedy this with my family.”

Got a real “I’m very sorry, but also I didn’t do anything THAT wrong” kind of spin doctor vibe to it, doesn’t it? Not many folks out there are buying it… but you know who is? Yep. Behati.

A source close to the couple told AND! news on Wednesday that the supermodel — who is currently pregnant with the couple’s third child together (Sumner if it’s a girl??) — is absolutely bothered by the flirting… BUT Adam has convinced her he didn’t have sex with any of these women. The insider said:

“Behati is upset but she does believe him that there was no physical affair.”

As far as what Adam was allegedly telling Sumner? Before they allegedly hooked up in a hotel in Austin last September? That he and Behati’s marriage was over, and they were keeping up appearances? That’s absolute B.S.:

“They have been together this entire time. She feels they are happily married and is shocked to find out what was going on behind her back.”

What’s been going on for sure is that Adam has been talking to a lot of other women. Is it just talk? While the source says Adam maintains “it was nothing physical” some of the messages Sumner showed off talk about meeting in person. And if the messages are real, it stands to reason they did meet in person… right?

Not as far as Behati is concerned. While she feels there are “no excuses for his inappropriate behavior,” the source says, she believes he never crossed that particular “physical” line. And if he’s got his wife convinced, that’s most of the battle.

As far as this confidant is concerned, the Maroon 5 singer is genuinely remorseful:

“He’s disappointed in himself and upset that he has hurt his family like this. It’s a wake-up call and has made him realize that he has a lot to work on.”

What we want to know is, even given that she believes he didn’t cheat… what does she think about the baby name thing? Does she think it was just a joke?? Did he actually bring up the name “Sumner” before all this broke? Because if so… No jury would convict her, that’s all we’re saying! You go Lemonade if you have to, gurl!