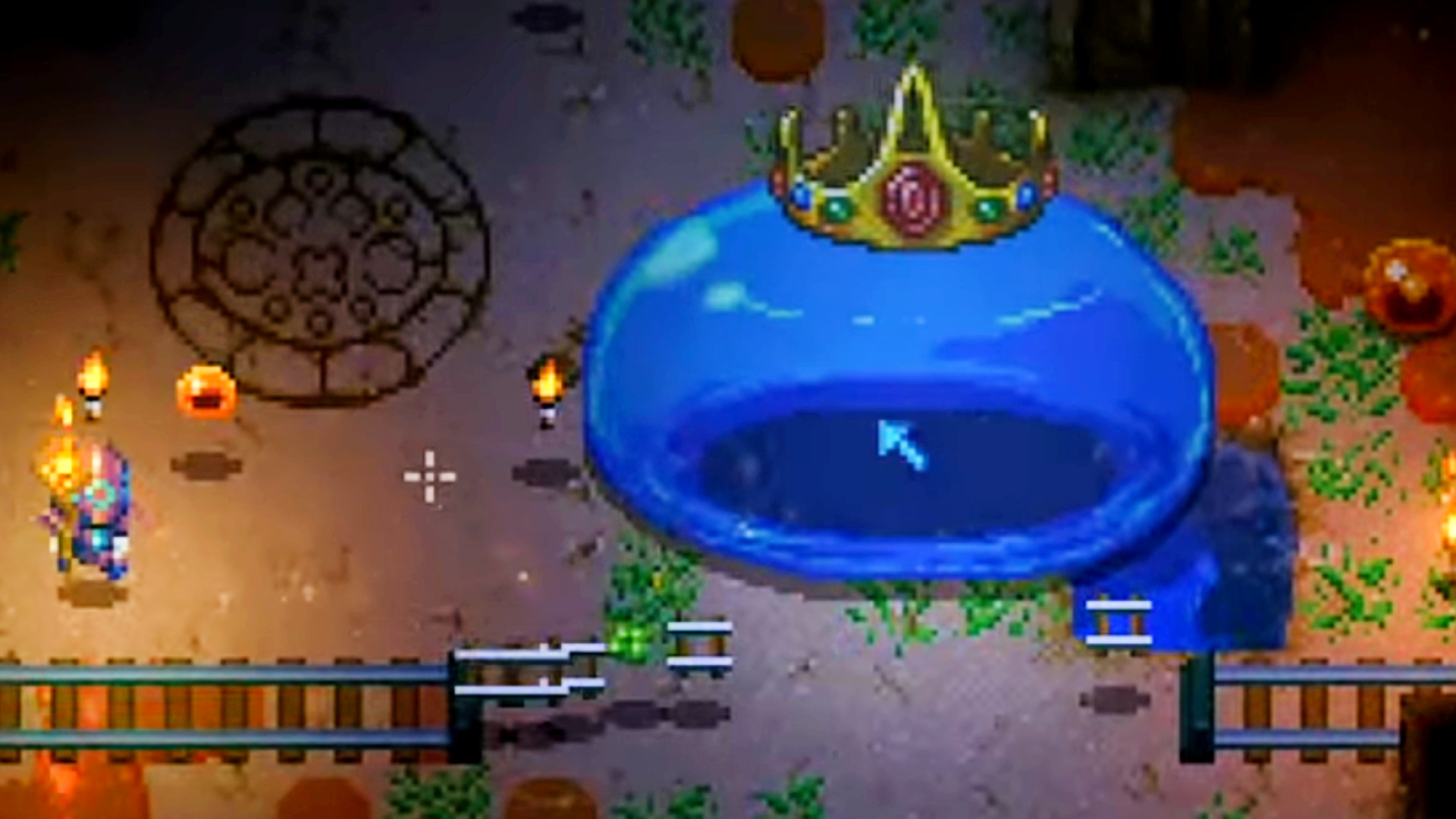 There’s a new Core Keeper Terraria crossover that sees the two indie games swapping iconic beasties in a permanent deal. Core Keeper has proven very popular since its arrival in early access, with its blend of action and mining helping to make it stand out among the best farming games on PC. Meanwhile, the Terraria 1.4.4 update Labor of Love is set to launch on September 28, bringing a huge quality-of-life upgrade to fans of one of the best crafting games.

The crossover event arrives on September 26 for Core Keeper, and it’ll let players go up against iconic early-game Terraria boss King Slime. In order to go toe-to-toe with the giant royal blob you’ll need to first summon him, however. Developer Pugstorm isn’t giving away the secret of how to do that, but promises that defeating the huge goop “will score you some pretty interesting loot that will make you the envy of your fellow explorers.”

Meanwhile, Terraria fans can look forward to a friendly Caveling Farmer pet coming over from Core Keeper – this is one of Terraria’s cosmetic accessories, and will see the Caveling follow you around and offer you moral support as you go about your adventures. Much like with the King Slime update, you’ll have to figure out how to get the Caveling to appear for yourself – though the update post teases that it requires another special item that fans of Core Keeper should recognise.

The crossover event is permanent, so there’s no need to rush out and grab it immediately – but with Terraria 1.4.4 on the way soon and Pugstorm still “hard at work on the next major content update, The Desert Biome,” there’s plenty of reason to jump back into both games. 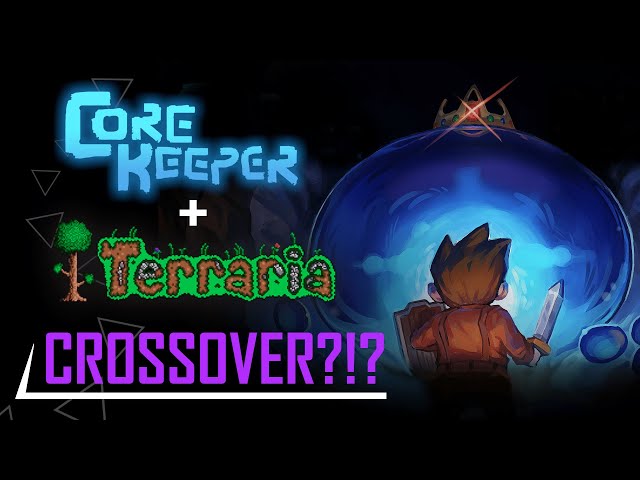 If you’re playing Core Keeper, we’ve got lots of handy guides to get you going, including how to get your hands on the Core Keeper drill, where to find Core Keeper scarlet ore, and all the Core Keeper tin ore locations. In related news, Terraria lead developer Redigit recently shared some Terraria 2 concept art – but it might not be quite what you expect.