Here’s How Much the Pixel 7 Series Will Cost – Phandroid 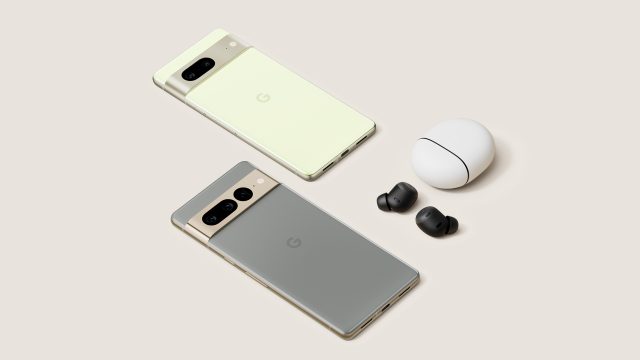 We’ve been seeing more and more of Google’s upcoming Pixel devices lately, with the company going full-force now that iPhone season is over. With that said, it seems that an online leak has revealed how much the Pixel 7 and 7 Pro will cost.

From a source I trust 💯, here comes Google Pixel 7 and Pixel 7 Pro US pricing, according to current data in Target's systems.

According to Twitter user @ArtemR, data obtained from the database of US retailer Target reveals the price of the Pixel 7 and 7 Pro, which will cost $599 and $899, respectively. This is essentially the same price of the Pixel 6 and 6 Pro when they first launched, which plays in favor of consumers looking for “not-so-expensive” flagship smartphones.

The post also includes several color variants, which include Snow, Obsidian, and Lemongrass for the Pixel 7, and Obsidian, Hazel, and Snow for the Pro variant.

The Pixel 7 and 7 Pro are expected to come with Google’s latest first-party SoC, dubbed the Google Tensor 2. It builds upon the performance and features seen on the first-generation Tensor chip, which was co-developed alongside Samsung and released back in 2021. The new phones will also feature an updated design, which retains the large camera window first seen on last year’s Google handsets.

Pixel fans will be able to pre-order the Pixel 7 and 7 Pro when they are officially announced on October 6, followed by the retail launch a couple of weeks later.