‘I didn’t see him in the game much’ 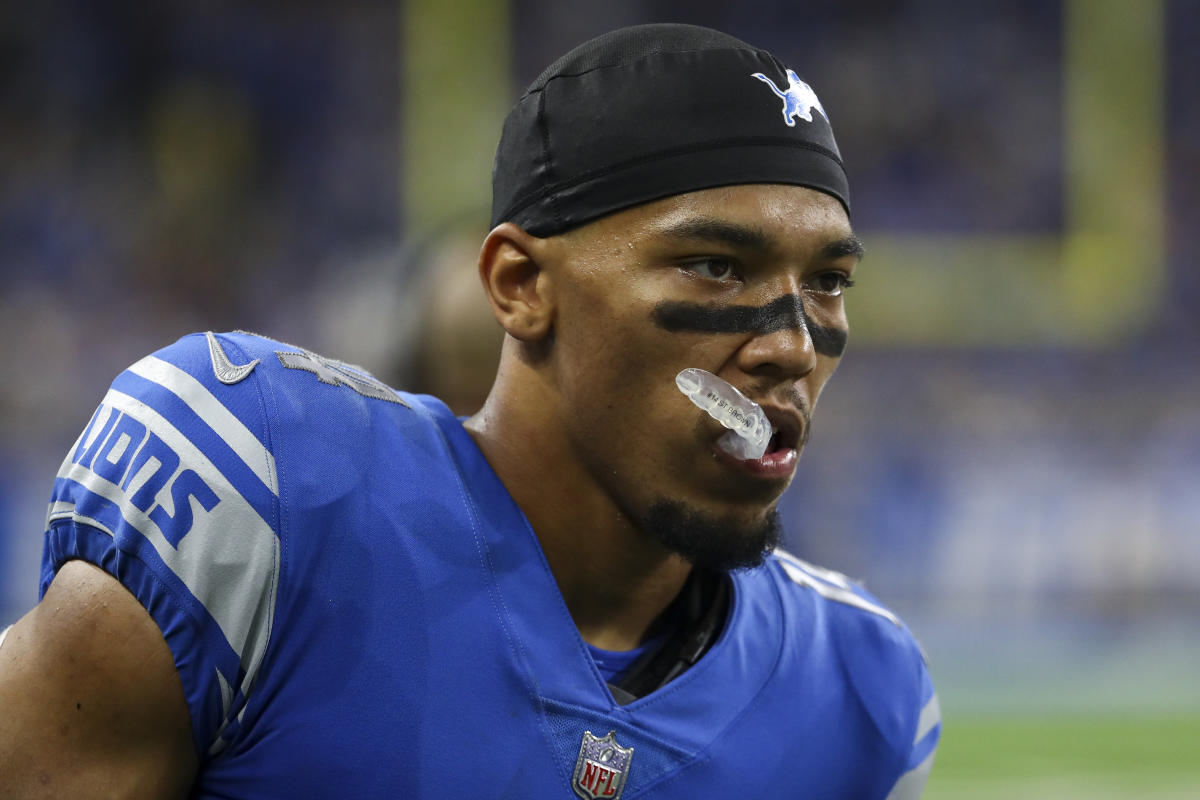 A little more than a year ago, Amon-Ra St. Brown was the seventh wide receiver taken in the 2021 NFL draft and the fifth player taken by the Detroit Lions with the 112th pick in the fourth round.

But 17 games later, St. Brown is having the last laugh. And he was quick to point out that one of the wideouts taken before him stood on the opposing sideline for most of the Lions' win over the Washington Commanders in Week 2.

“Even the Commanders, they got a guy before me over there,” St. Brown noted on Wednesday. “I believe his name is Dyami Brown. I don't know how many catches he had – you guys can probably tell me that – or how many yards he had, but I don't forget things like that. I see him across the sideline from where I'm standing during the game. … I didn't see him in the game much.”

He's right: Dyami Brown, who was taken 30 picks before St. Brown, has played just a total of four offensive snaps this season and with zero receptions. St. Brown, meanwhile, played in 87 percent of the Lions' snaps in Week 2 and finished with nine receptions for 116 yards and two touchdowns for his eighth consecutive game with at least eight catches. He has 180 receiving yards and three touchdowns on the year.

St. Brown has quickly become one of the best young receivers in the league. Through two weeks, he ranks fourth in receptions, 10th in yards and tied for second in receiving touchdowns in the entire NFL. Among his 2021 receiver draftmates, St. Brown ranks second in receptions, third in touchdowns and fourth in receiving yards. St. Brown is also the third player under the age of 23 to score a touchdown in at least six consecutive games – the other two being Randy Moss and Rob Gronkowski.

Not bad for the seventh wideout taken.

That moniker also fueled St. Brown throughout the past two years. On this season of “Hard Knocks,” St. Brown rattled off the names and schools of every receiver taken before him.

St. Brown is no stranger to savagery. After a fantasy football manager direct messaged St. Brown on Instagram with some “ground rules,” St. Brown posted a photo on Instagram directly referencing the obnoxious message.

It's only two games into St. Brown's second season, but the young wideout is already looking like one of the breakout stars of the 2022 season.

Roger Maris Jr. Has Request for MLB On Who Should Be Considered Home Run King