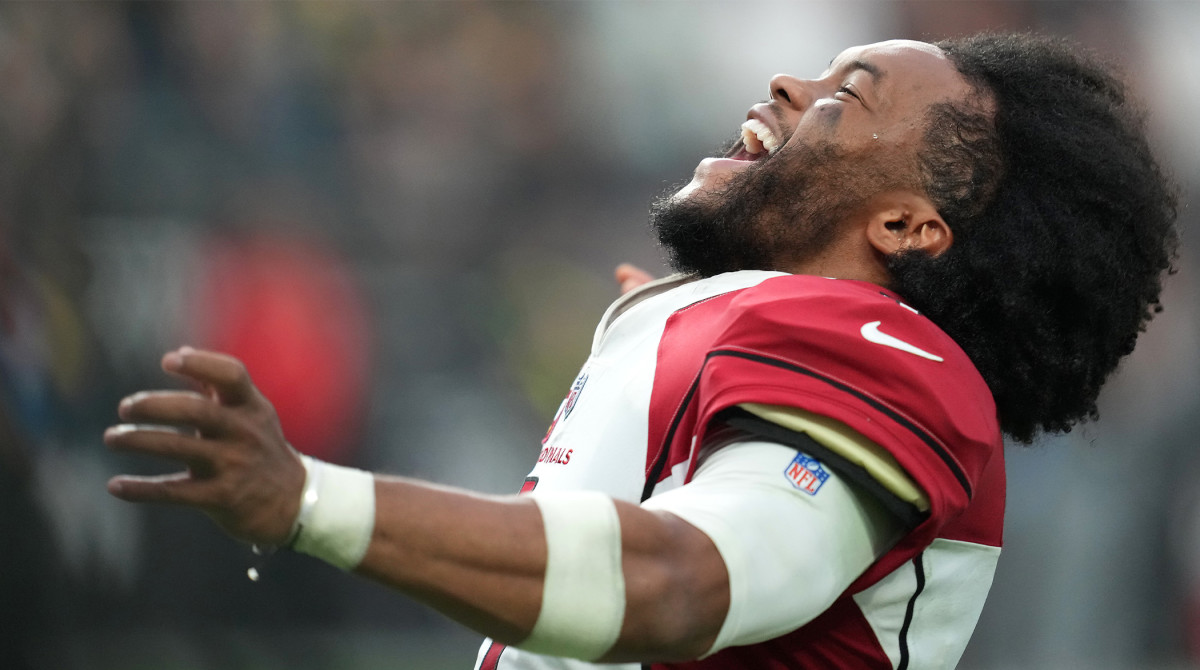 Cardinals quarterback Kyler Murray told reporters Wednesday that he doesn’t feel like he was attacked this weekend, adding that there are “no hard feelings” towards the fan who hit him after Arizona’s overtime win in Las Vegas.

As the Cardinals celebrated their comeback victory, the quarterback high-fived with front-row spectators after Byron Murphy Jr.’s game-ending fumble return. A fan appeared to smack the quarterback’s face, and Murray looked stunned in the video of the incident.

“No, this stuff happens fast,” Murray said, per ESPN. “I know every person I’ve hit in the face, I did it for a reason. I don’t know if he probably didn’t know where he was. I don’t know. It was a pretty live game. Vegas is Vegas. I’m sure he was having fun.”

However, Murray said he does feel a player shouldn’t be touched “in that manner.”

A battery complaint was made to Las Vegas police, but according to the Associated Press, Murray was not named as the individual who reported it. Instead, the spokesperson said to the AP “a spectator at the stadium struck a professional football player.”

“No hard feelings toward the guy,” Murray said. “If I seen him, I’d shake his hand, but it is what it is.”

For more Arizona Cardinals coverage, go to All Cardinals.