Monthly checklist: Credit card perks and benefits you should be using in October 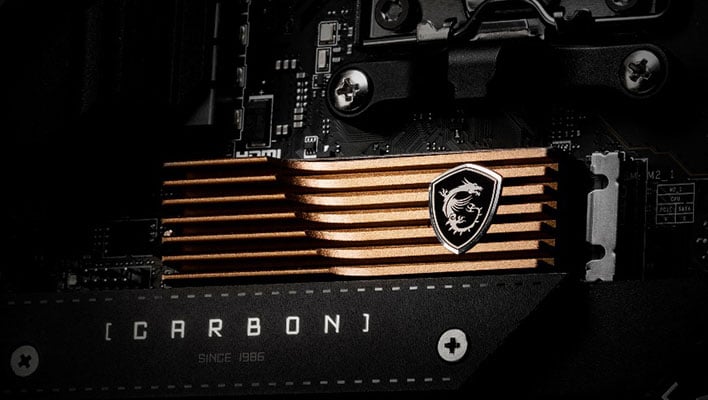 MSI is rolling out a couple of new solid state drives, one of which is a blazing-fast PCI Express 5.0 model with a Phison controller tucked inside. That would be the Spatium M570. Officially, MSI is rating the Spatium M570 as being capable of up to 10,000MB/s (10GB/s) of sequential read performance, but that might be a conservative metric.

Source: MSI
This is where the caveats come into play. For one, sequential read and write performance will only get you so far—they're great for large file transfers, but random read and write performance matters more for practically everything else. That's simplifying things quite a bit. Secondly, you'll need a platform that supports PCIe 5.0 to take full advantage of this drive's full performance potential. To demo the speed capabilities, MSI used its own MEG Z690 Godlike motherboard (with a Core i5-12600 CPU).
Caveats aside, the recipe for hitting 12.3GB/s comes down to pairing Phison's PS5026-E26 controller with NAND flash memory chips that can keep up. The E26 is Phison's flagship consumer SSD controller with support for up to 13,000MB/s of sequential read performance and up to 12,000MB/s of sequential writes. Max random read and writes are rated at up to 1,500,000 IOPS and 2,000,000 IOPS, respectively.

The Spatium M570 is also the result of MSI and Phison collaborating from the drive's inception.

“Since the performance of PCIe 5.0 is much faster than the previous generation of PCIe 4.0, the two companies have conducted a lot of tests and discussions on power consumption and heat dissipation, which is a valuable cooperation experience. In the future, Phison will continue to support MSI through controller technology,” Phison CEO K.S. Pua said.

The Spatium M570 will be offered in 1TB, 2TB, and 4TB capacities. In addition, MSI also announced a new PCIe 4.0 model, the Spatium M460 HS. It's available in 250GB, 500GB, 1TB, and 2TB capacities, with speeds of up to 5,000MB/s for sequential reads and 4,500MB/s of sequential writes. There's no mention of when these drives will release to retail or how much they'll cost.
12.5gb/s computers demos, incredible m570 msi pcie phison powered spatium ssd topping
Share. Facebook Twitter Pinterest LinkedIn Tumblr Email

A Step Closer To A PlayStation 5 Jailbreak