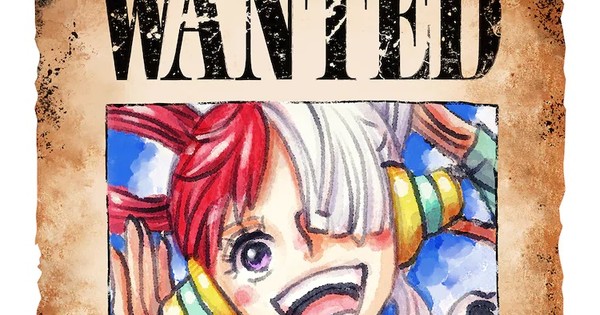 The official website for the One Piece Film Red anime revealed on Thursday that the film has earned 15 billion yen (about US$103 million) as of Tuesday, September 20, its 46th day in the Japanese box office. To commemorate the feat, Eiichiro Oda drew a visual that depicts the film's central character Uta in a wanted poster as with most of the franchise‘s important characters, but with the film's earnings instead of a bounty amount. 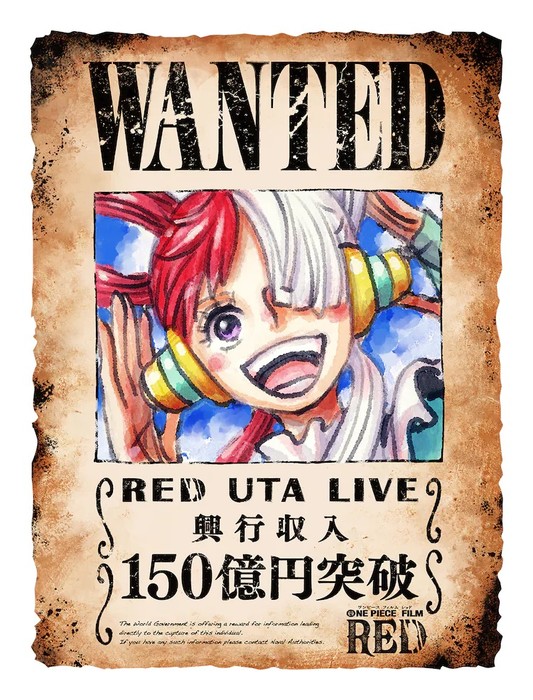 One Piece Film Red opened in Japan on August 6. The film ranked #1 in the Japanese box office in its opening weekend. The film sold 1.58 million tickets and earned 2.254 billion yen (about US$16.7 million) in its first two days. The film earned 78% more in its first two days than the previous film One Piece Stampede did in its first three days (One Piece Stampede opened on a Friday, as opposed to One Piece Film Red‘s Saturday opening). It has become the franchise‘s highest-selling and highest-earning film installment, in terms of both the number of tickets sold and yen earned at the box office. It has also topped Top Gun: Maverick to become the highest-earning film to open in Japan so far this year.

Crunchyroll will release in the United States and Canada on November 4, and in Australia and New Zealand on November 3. In addition, Crunchyroll Expo Australia will host the subtitled premiere on September 16, followed by the North American premiere in New York on October 6 (which is also the first day of New York Comic Con).