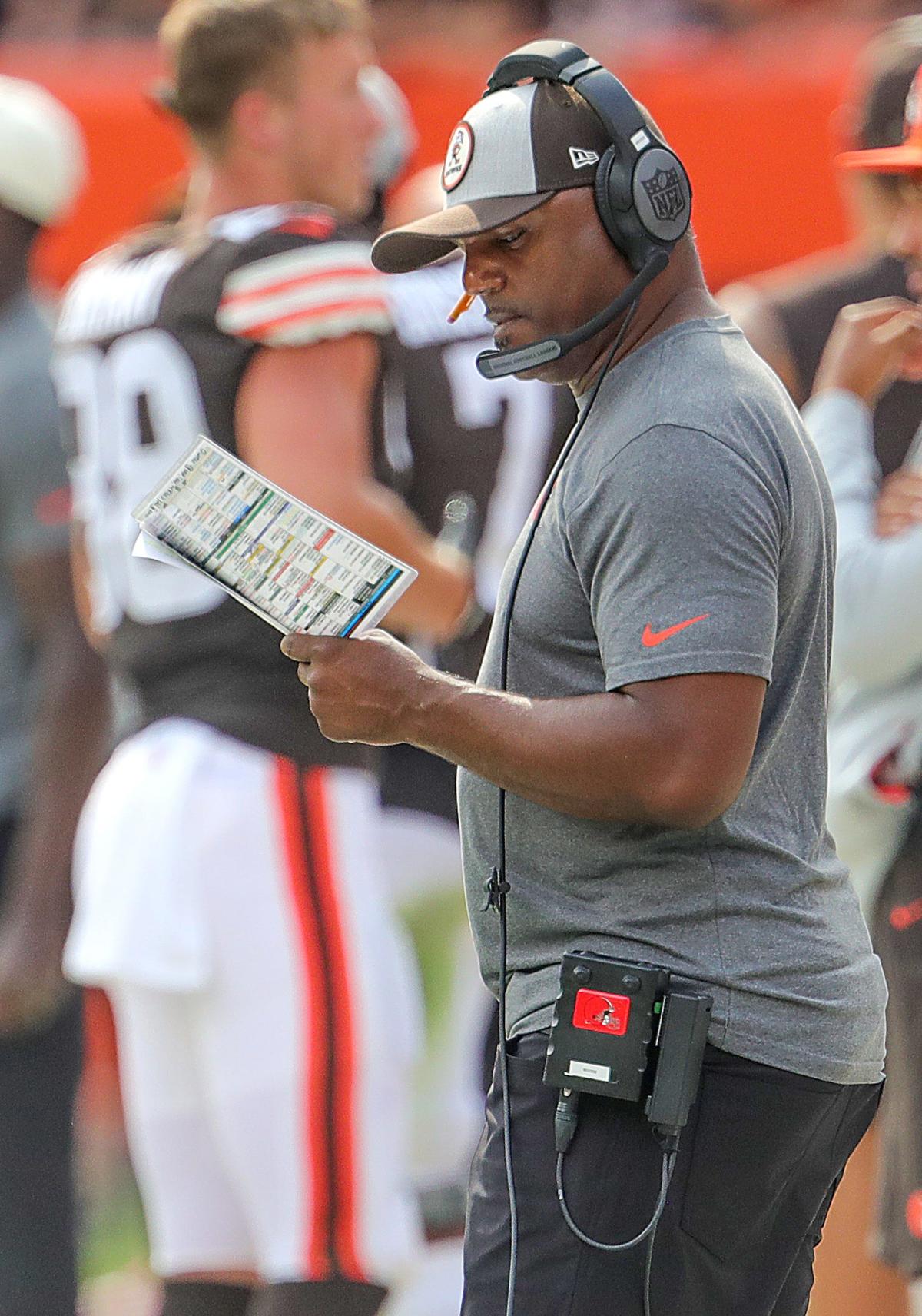 The Browns have become predictably unpredictable and it only took two weeks.

A snatch-victory-from-the-jaws-of-defeat win in the season opener raised expectations but a steal-defeat-from-the-jaws-of-victory loss to the New York Jets in the home opener made it nearly impossible to predict what might happen next.

The arch-enemy Pittsburgh Steelers coming to town on a Thursday night just four days after a head-scratching defeat just adds to the uncertainty.

‘It's a huge game': Cleveland Browns try to turn frustration into motivation for Steelers

Will the short week make it impossible for the Browns to recover from a gut-wrenching loss the likes of which hasn't been seen since 2009? Or will the need to focus on a hated division rival help the Browns put the unspeakable loss out of their minds?

Those are the questions that the Browns and our panel of Browns experts must try to answer. Here is what each our team of reporters thinks:

Comment: Myles Garrett's expected to play and T.J. Watt is not. Now, if the Browns secondary turns Mitch Trubisky into Ben Roethlisberger, all bets are off.

Getting in tune:Denzel Ward, Grant Delpit believe Browns secondary has to ‘get on the same page' in coverage

Comment: Kevin Stefanski stands up at a crossroads and gets the team's head on straight even after that mind-blowing loss.

What went wrong?:Instead of saying ‘no mas,' Cleveland Browns get no win in home opener vs. Jets | Takeaways

Comment: The Steelers' post-Roethlisberger offense has been a mess in the first two games, so the Browns presumably are catching their rivals at the right time. After the Jets debacle, this feels like a referendum on Browns defensive coordinator Joe Woods and special teams coordinator Mike Priefer. Myles Garrett's presence despite a neck injury should be the difference.

Boo birds justified:Cleveland Browns fans had every right to boo after epic collapse

Comment: If the blown coverages continue, I'll be wrong again.

Comment: Completely, totally, without a doubt lost on this one. The fact that I'm tongue tied should be considered a minor miracle. Team meetings after two games? The kicker misses a PAT? Yikes. For the record, I flipped a coin primarily because Ben Roethlisberger isn't around any longer.